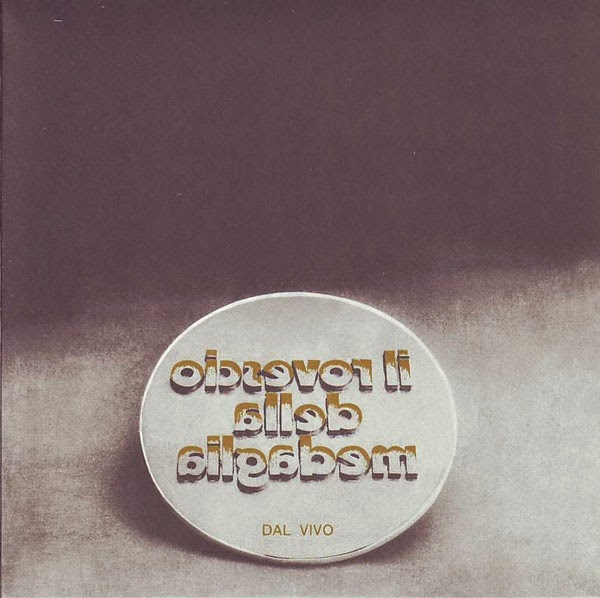 Il Rovescio della Medaglia, aka RDM is obviously best known for their third album, Contaminazione. But they already released two albums prior to that, and 1971's La Bibbia is their debut. I find this quite underrated, and here's the reason why: it doesn't have that strong classical influence that Contaminazione has. In fact, it's much more in the hard rock direction, heavy on guitar with some very trippy effects from time to time caused by sound generators, feedback, and distortion. Plus the vocals here are very much in the hard rock style. In fact the band in this very early phase still didn't even have a keyboardist, so guitars obviously rule, as demonstrated with songs like "La Creazione", "L'Ammonimento", "Sodoma e Gomorra" and "Il Giudizio". Also you'll notice absolutely no Luis Enriquez Bacalov orchestra like you do Contaminazione (or it's English language counterpart Contamination). Since La Bibbia came out in 1971, it should come as no surprise as that was the year the Italian prog scene had just got started, meaning many bands at that time still hadn't abandoned their psychedelic, blues, folk, jazz, or hard rock roots, and of course, RDM being no exception. So the production is rather rough, and the sound quality isn't the best, plus you get no more than 30 minutes of music. But despite that, I think this album is still a wonderful, underrated progressive hard rock album, and if you don't compare this to Contaminazione, you probably would enjoy this album.

IL ROVESCIO DELLA MEDAGLIA's debut album...Well, the sound recorded is no problem as 1971's. The point is their heavyness. Is this really Italian rock? Many many Italian albums or songs I've heard till now, this is exactly my first the basis and core of their sound is loud guitar with rhythm section. Furthermore, the rhythm section is heavy but not rigid...I always feel it's sticky and slimy at listening to their albums.

The first track is too avantgarde...noisy metalic sound goes through and around us. Oh, what...with no time for us to be surprised, immediately heavy and noisy guitar and percussion are exploded. It's maybe rare the instrumentals expect guitar and drum are completely supplementary or backing ones. Of course, the voice is as heavy as the heavy stuffs, too. :)

The highlight of this work is, I consider, the 4th track...very jazzy, very swingin', very speedy and of course deeply heavy. We can be absorbed into it. Until the last track (noise!) finished, we should get to be restricted by the soundshower...

Apart from likes or dislikes, this is one of the most progressive products in Italy in 1971.