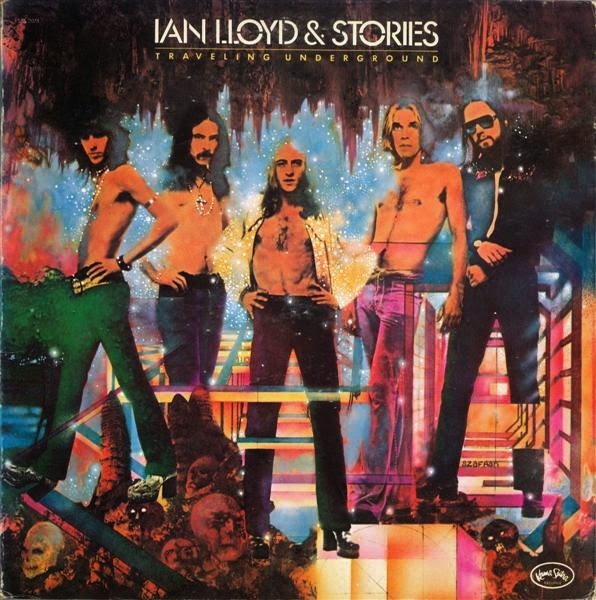 I discovered this item in a bargain bin and snatched it up, thinking there might be a few songs worth the $1.00. Boy, is there!

This is definitely my favorite Stories album, since my tastes tend to lean more toward keyboard-oriented/progressive rock. The songs on this album are longer than on previous Stories' albums, and apart from two or three straight-ahead rock/pop type songs ("If It Feels Good, Do It," "I Can't Understand It," and the hit "Mammy Blue"...a "Brother Louie" sound-alike/rip-off if I ever heard one) the rest rely more heavily on keyboards. "Bridges" is a terrific opening track, with its piano and mellotron adding tinsel to the guitar power chords, and remains my favorite Stories' song of all time. "Soft Rain" adds acoustic guitar and Moog into the mix. The longest track "Earthbound/Freefall" (which wouldn't sound all that foreign had it appeared on a Yes album) and the album's closing and title track really push the "progressive" button. Indeed, there are lots of synths and harpsichords sprinkled throughout the album (especially on side two) along with some interesting guitar work overall. Additionally, Ian Lloyd's raspy voice sounds rather interesting atop a mellotron's wash and, in some ways, much better suited to a keyboard-oriented style than the rockier tracks.

I'd definitely say this belongs in the "undiscovered gems" category, especially for those who might be interested in what happens when a pop group (especially an underrated one) does some experimentation. A great effort and most definitely worth the mere $1.00 I shelled out for it!