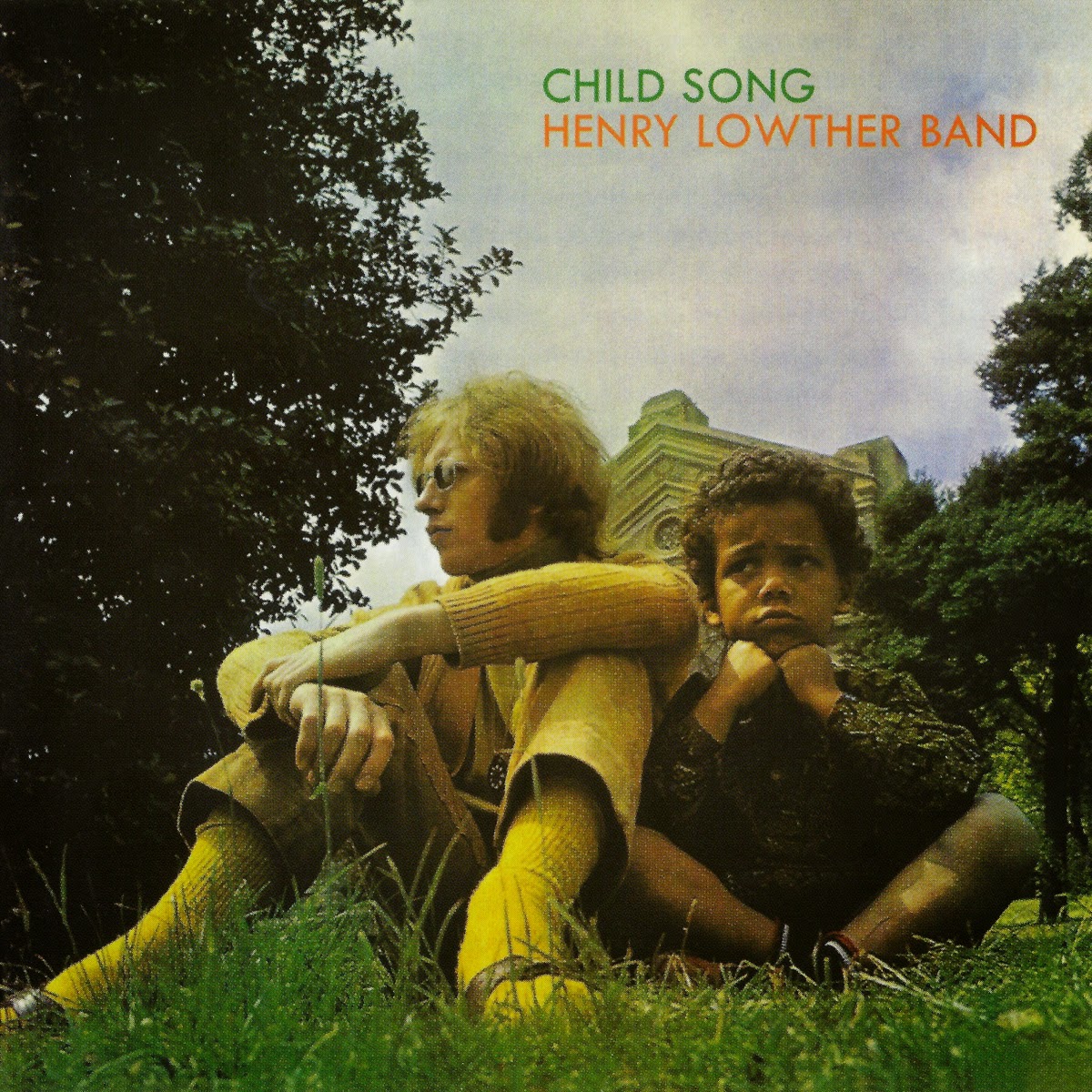 Among the most active players and most-demanded on the British jazz scene (but also in the country’s classical circles) was trumpet and violin-player Henry Lowther, so much so, that he never really had the time to develop his own solo career, which is a damn shame when listening to the Child Song, his first and only in the XXth century. Recorded just after his leaving the Keith Hartley Band (and their Woodstock appearance), Lowther formed his own quintet, based on piano trio fronted by a double horn attack. No major names in the band even if Tony Robert’s might ring a bell and Runsworth superb bass-playing and McNaught’s Rhodes note-tickling should get wider recognition. Lowther himself surely would’ve merited a wider fame for his excellent works on Graham Collier’s early albums, Barb Thompson’s albums and prior to this album, the afore-mentioned KHB, Manfred Mann and John Mayall.

The present album was released in 1970 on the small Vocalion album with a relatively unremarkable artwork (but man, them yellow socks is uuugly!!!), but benefited from a MM writer’s (poor) liner notes and features all Lowther compositions. Opening on the aptly-titled Introduction (a 7-minutes one, mind you), it offers a relatively soft and jazzy start, just a warm-up for better things to come. Indeed Lowther’s violin opens up with Runsworth’s bowed bass and slow percussions and Travis’ haunting drumming in the folky-jazz 8-mins+ Travelling Song, which indeed does just that: let us travel though the notes and scales, especially so once the Rhodes gets under way. As for Plaything (the unofficial 9-mins title-track), it opens on multiple percussions, before Roberts’ bass clarinet and Lowther’s flugelhorn kick-starts the tune, which drifts lazily and meanders slowly though a sunny afternoon’s ballad

On the flipside, ¾ Skip takes on a Mwandishi slant that should ravish every fusionhead, despite keeping a 60’s-sounding plan right on through its 9-mins duration. The short violin-interlude aptly-titled Between is a un-warned foray in classical music, but segues immediately into the awesome closing 12-mins Puppet Song, with Robert’s spine-tingling sax solo and Lowther’s stupendous flugelhorn, both drawing much dramatics and McHaught’s Rhodes is laying a tapestry of notes lubricating and connecting the movements and players alike. What an awesome track, right in the era’s mould.

Well Child Song is certainly (and sadly so) an only-child, but it thankfully lasts a bit longer than usual - some almost 50-mins for 1970, it was still uncommon back then – for our pure enjoyment. Compositionally fairly close to Graham Collier’s realm, Lowther’s Child Song is a typical British-jazz scene album from the 65-75 era, often bordering on the JR/F realm. It is a real shame that this child didn’t have any younger siblings, though.