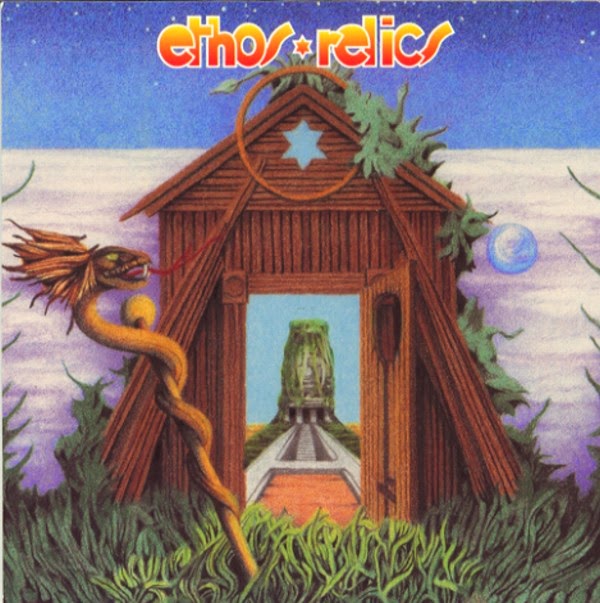 
The debut album "Ardour" (1975) from USA progrock band Ethos sold worldwide more than 50.000 copies (many in the UK, Japan and Germany). They shared the bill with King Crimson and Gentle Giand and if you're lucky to own one of the wonderful Genesis books by Armando Gallo, you will notice that Peter Gabriel is wearing an Ethos t-shirt during their 1975 USA tour. So there's some magic around this band and their great first record! This CD (running time 62 minutes) is a compilation of four studio - and six live tracks, recorded between '73 and '75. The demo-studio tracks contain strong instrumental pieces (wonderful Mellotron eruptions, fiery electric guitar, harpsichord/electric guitar duel) with hints from Yes but the compositions sound more like a jam and at some moments a bit freaky/fragmentic. The live songs are more in the vein of Genesis featuring more variety (acoustic guitar, strings) and many Mellotron floods. The highlight is "Pimp city dream" (almost 18 minutes): a first part with a compelling bombastic climate, evoked by intricate interplay between a fiery electric guitar and moving Mellotron (a bit similar to Anekdoten), accompanied by cynical vocals. Halfway it's complete silence, followed by a Glenn Miller like piece, guitar-organ interplay and a heavy organ solo. The final part includes a fluent rythm delivering R&R guitar and bombastic organ runs. THIS IS ONE OF THE BETTER USA PROGROCK BANDS!

Email ThisBlogThis!Share to TwitterShare to FacebookShare to Pinterest
Labels: Ethos