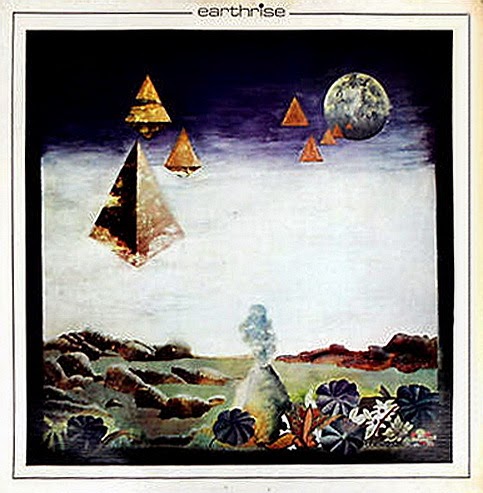 This New Jersey prog rock band of the '70s deserved much better than a small batch of private pressings, this really should have ended up on Passport Records, just like Fireballet (another New Jersey band) did. Also Earthrise never made it as a CD reissue, this was the type of album begging to be reissued on Syn-Phonic. There was apparently talks that this was to be reissued on Syn-Phonic but it never came through. So that means you'll have to seek out the LP, which is not easy, nor do copies show up frequently. But I have the luck to hear it, and it's actually rather decent prog. They're a trio, so ELP is a frequent comparison, but Bill Drobile's keyboard playing tends to be more restrained, and frequently a nice spacy feel to go with his Moog playing. Vocals sound like your typical "American prog" vocals of the time. I've also seen comparisons to SFF, probably because of the keyboard department, but unlike SFF, no Mellotron (Earthrise would have sounded great with a Mellotron). Also it's nice to see an American prog band that didn't flirt with AOR the way Kansas and Styx does. So you don't have the commercial tendencies and FM-rock ready sound with Earthrise. The sound quality isn't the best, but I have the impression that these guys didn't have a big budget so they didn't have access to the best equipment. If this ended up as a proper CD reissue, I'm sure many more people will discover this band. I dig that '70s vibe of this album, and, while I don't think it'll totally knock your socks off, there are no bad songs, the only weak spot being the needless drum solo on "New Clear Dawn". Worth having for the die-hard prog collector.

Email ThisBlogThis!Share to TwitterShare to FacebookShare to Pinterest
Labels: Earthrise