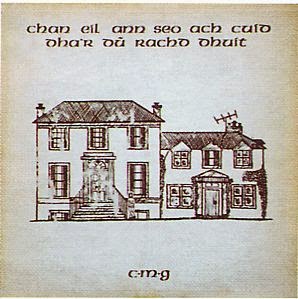 
A few days ago I was talking with my friend about how many recordings still need to be found. Late '60s and especially '70s managed to produce a large number of musicians releasing their LP only as a demo or in a very small run. Most of this LP's were private pressed, which means that band members were financing production on their own (mostly). Out of Scotland came a group of folk musicians, which made an unique piece of art in 1974. Album cover artwork was handmade and also a really small run of pressing was made for their Just our Way of Saying Hello LP, as they titled it in the summer of 1974. Not much more is known, with exception of this artifact being known as an extremely rare collectors item. Band decided to get back together to do a joint project of reissuing their album professionally, but more about that in the following conversation with members of Courtyard Music Group. Lovers of acid/psychedelic folk here's a nice present for you!
Listen while you read: The Magician

In 1974 Courtyard Music Group recorded a one-of-a-kind, handmade LP called “Just our Way of Saying Hello”.
In 2015 the Courtyard Music Group is partnering with PledgeMusic to reissue the LP, and is inviting fans to pledge for a copy of the limited pressing of the vinyl, alongside a remastered digital CD, and a 48 page “making of” booklet comprising extensive liner notes, unique photos and drawings, never previously seen, which recounts the fascinating story of how this "Rarest of the rare of Acid Folk" records was made.
Posted by Unknown at 10:04:00 PM