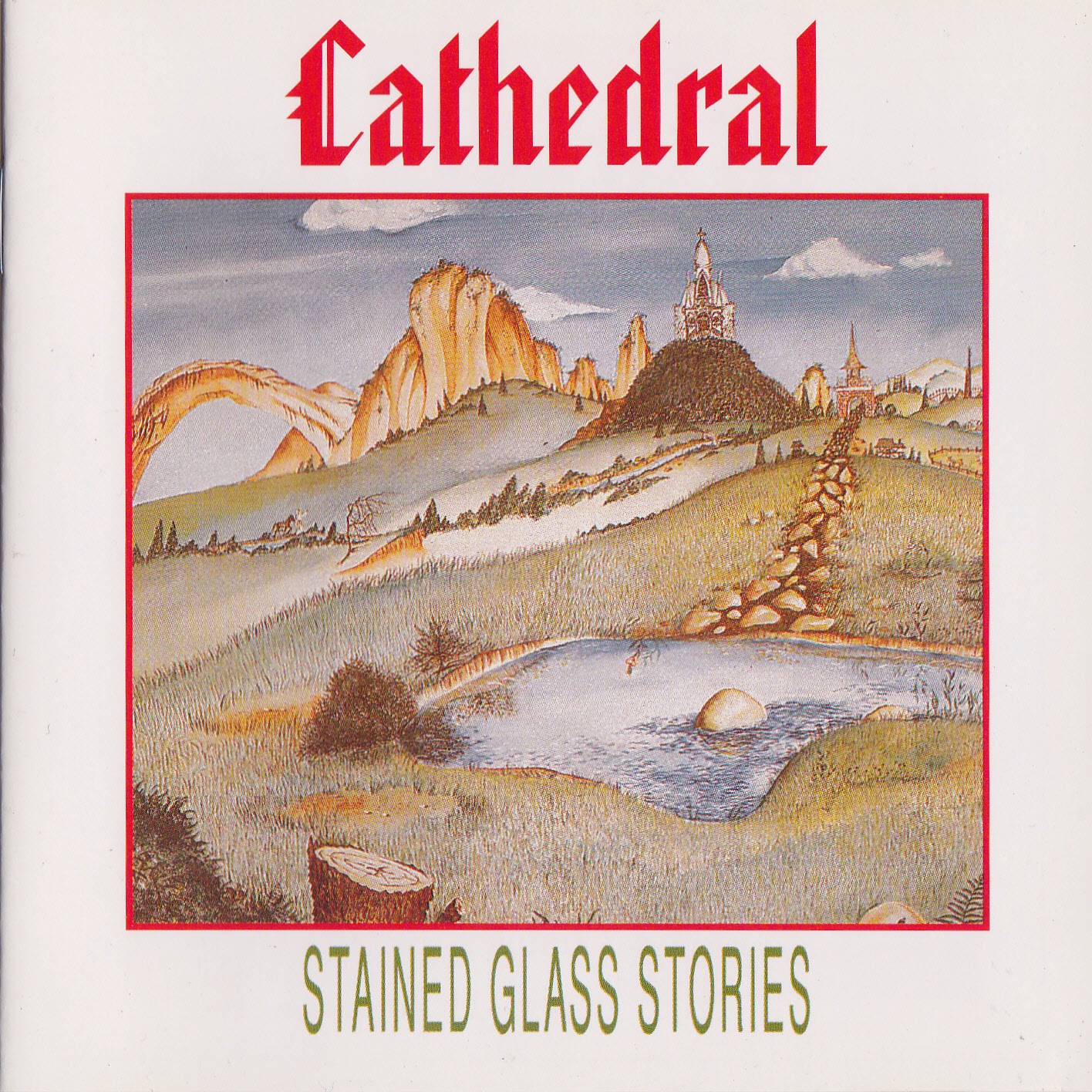 The roots of CATHEDRAL lie in a psychedelic band called Odyssey. When that band broke up in 1975, bassist Fred Callan, and mellotronist Tom Doncourt ventured on to form CATHEDRAL. The band was filled out by drummer Mercury Caronia IV, guitarist Rudy Perrone, and vocalist Paul Seal. They toured the Long Island club scene, and bravely decided to play original music. Instead of Pschedelic, they were taking more cues from the prog leaders of the time, the likes of King Crimson, Yes, Genesis, and Gentle Giant. What Tom Doncourt refers to as a "majestic" sound.

In 1978 they got together with Delta Records, and recorded "Stained Glass Stories." 10,000 copies were printed and sold. Interestingly, Delta Records was not much more than a studio above the Palace Theater in Times Square. However, Delta did have connections to record chains, and had the likes of Duke Ellington and Allison Steele recording right alongside. It was very much like the independent labels of today. New York City itself was fertile territory for progressive rock at the time. Tom Doncourt tells stories of turning old movie theaters into concert halls for one night stands. They built the stages, put in lighting, and wired the spaces for sound themselves.

All of this led to interest from Atlantic Records. They had some meetings, but this was the end of the '70s. The popularity of prog was rapidly declining. So a second album was not to be (or was it?). This did not diminish the importance of "Stained Glass Stories." It became a highly valued collectible, and the subject of much critical acclaim. Some have even called it the best American prog album ever. Renewed interest in prog led Syn-Phonic to re-release the album on CD in 1990.

As prog began to rise again, so did interest in CATHEDRAL. Finally, in 2003, Fred Callan called on his band mates once again. They brought old and new equipment, and had a mission to create progressive music that was true to its history, but not limited by it. The played together, and experimented for three years. Then they entered the studio. The process proved to be too much for Rudy Perrone, and he left the group. The thought of adding a new guitarist to the mix was a source of great anxiety. The guys were blessed to find David Doig. His sensibilities proved to gel right with the vision of the band. After almost 30 years, they released their second album. 2007's "The Bridge" is the follow up, and also a new beginning. In Early 2008, the band signed with Musea, and continues to work on new material. It took a while, but the future now looks bright for CATHEDRAL.

This album is an absolute hidden gem and when I was listening to it the first time, I've got the impression as if YES and KING CRIMSON would have released a Mega-masterpiece together. On their one and only album US band CATHEDRAL is offering long and very intricate compositions with heavy demands, Mellotron tunes and odd guitar arpeggios that remind at KC and very dominating Rickenbacher-bass sound reminiscent of Chris Squire. Sometimes one can even recognise some very typical Steve Howe-riffs (like from CTTE or TFTO, without wanting to say that those were just rip-offs), especially in the song Days & Changes. But they were anything else than just another Yes-clone like STARCASTLE for example. Their sound was really very original and unique and overall there is no direct resemblance to any other band present. The weakest point of the album, if there is any at all, might be that they did not have a great vocalist like Peter Gabriel, John Wetton or Jon Anderson. It doesn't mean that Paul Seal's vocals are really bad, but as well not perfectly fitting to the music. If comparable at all his timbre is a bit similar to that of Wetton's but of course his voice does not have the same quality.

Already the opener Introspect is an excellent track with intricate guitar/bass riffing, mellotron sound and drumwork which is just mind-blowing. Fred Callen's bass playing is really awesome and guitarist Rudy Perrone sounds like a hybrid of Howe and Hackett. In Gong one can fully concentrate on the music without getting distracted by vocals. Really great melodies and intricate structure, and here it's revealing that they do sound different from YES, more direct and rocking in a way, not that much polished. Actually all the other tracks are really excellent as well. I could not tell which is the best one. They are all outstanding!