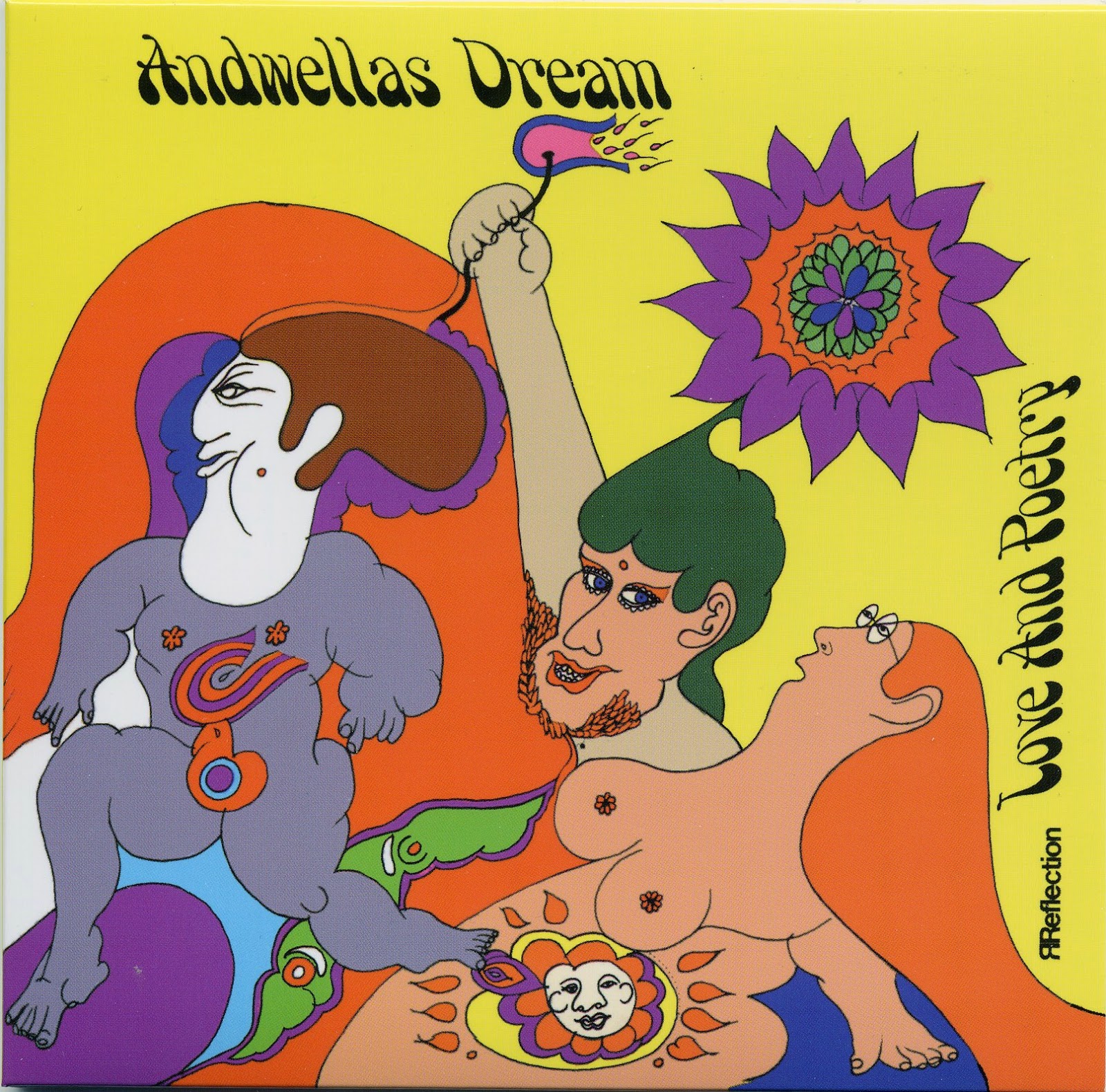 Andwellas Dream emerged in Belfast, Ireland in the mid 60's lead by the child prodigy Dave Lewis. Originally called “Method”, the band was one of the founders of the Irish Rock scene. In the late 60's “Method” moved to London and changed their name to “Andwella’s Dream” – a name that came to Dave Lewis in a dream – and over two days in a studio in Denmark Street they recorded what was to become their sole album, “Love and Poetry”.

“Love and Poetry” captures the cusp of the moment just before the abstract abandon of psychedelia mutated into the leaden predictability of progressive rock. Composed entirely of Dave Lewis songs, the album evokes the heady atmosphere of the late ’60's with druggy utopian themes and innocent musical experimentation.