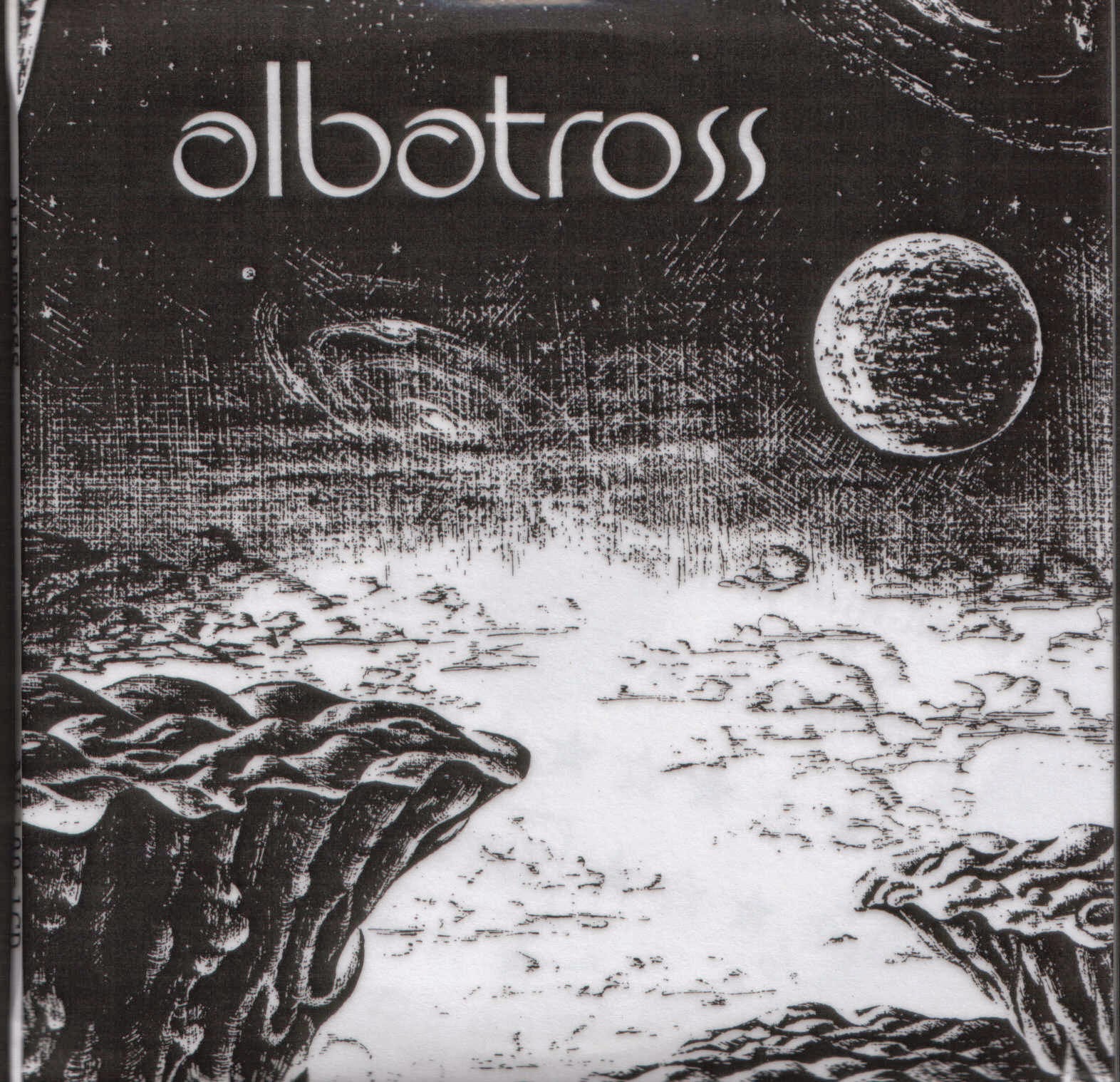 
Here's another item that I occasionally see popping up on psych lists.  It's usually shown with a mind numbing price tag (reflecting it's relative scarcity) and surrounded by the type of hype that sets my 'consumer beware' alarm blaring.  That said, I stumbled across a cheap copy and decided to give it a shot.

If you're in a hurry, I'll save you a couple of minutes via the rest of this review by just saying 'Yes wannabes ...'

As you've probably figured out already, 1976's "Albatross" has about as much psych going for it as your local Foot Locker store.  Formed in Illinois the lineup consisted of keyboardist Mark Dahlgren, bassist Joe Guarino, singer  Mike Novak, lead guitarist Paul Roe and drummer Dana Williams.  Produced by Guarino, extended numbers such as 'Cannot be Found' and 'Humpback Whales' make it pretty clear these guys worshipped at the altar of Yes.  As the owner of more than my share of Yes albums, I'll admit that isn't necessarily a bad thing, but then its probably not the smartest concept to base a musical career on.  Okay, enough of the negativity.  All five of the tracks, including the 14 minutes plus epic 'Four Horsemen of the Apocalypse' are worth hearing.  Novak's voice will be an acquired taste for some folks, but his delivery fits the material well.  Lead guitarist Roe is quite impressive, but most of the spotlight is on keyboardist Dahlgren who effortlessly manages to span the gauntlet from tasteful synthesizer passages ('Devil's Strumpet'), to Keith Emmerson-styled wall of organ overload.  Certainly better than other Yes-wannabees like the dreaded Starcastle, but not quite as good as Cathedral ...

Email ThisBlogThis!Share to TwitterShare to FacebookShare to Pinterest
Labels: Albatross