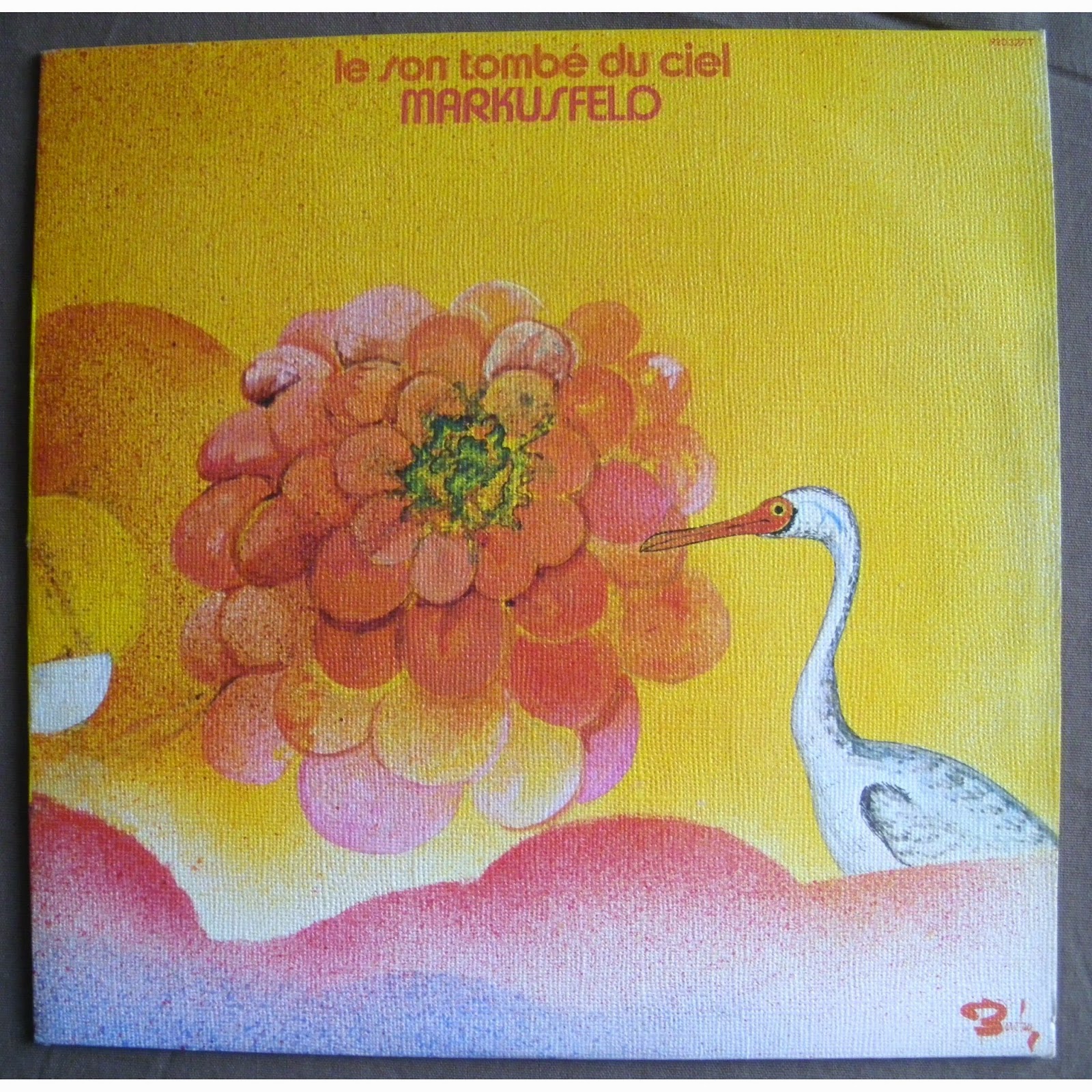 
Alain Markusfeld's second album, released in 1971, one year after his first studio effort, shows a more progressive direction thanks to the long eponym track. It features two important french musicians: Joël Dugrenot on bass (Clearlight, Delired cameleon family, Zao) and Laurent Thibault (Magma) on electric piano . While the first album was a little amateurish, "Le son tombé du ciel" exhibits greater technical mastery and cleaner production. It has been recorded at the famous Hérouville château.
The almost 10mn instrumental eponym piece is a little spacerock gem. It begins very quietly with discrete and ethereal keyboards, when suddenly Markusfeld's guitar bursts like thunder. And then the piece slowly builds up very progressively in the way of Agitation free "2nd", with a psychedelic eastern-flavoured guitar sound, leading fascinating developments, helped by rhythmic accelerations. The piece ends on a repetitive melodic pattern, typical of Markusfeld's style.

The add of moog and VCS3 synthe on "La durée n'est pas le temps" adds some richness to the sound. The singing is more tranquil and less declamatory, theatrical than on the first album. "Theleme" is a luminous pastoral folk piece while "Eve" is a floating, ethereal piece with Wyatt-like singing while the second half is very experimental.

Although the album suffers from its shortness (27mn!), the music remains original and inspired, with all the early 70's freshness.