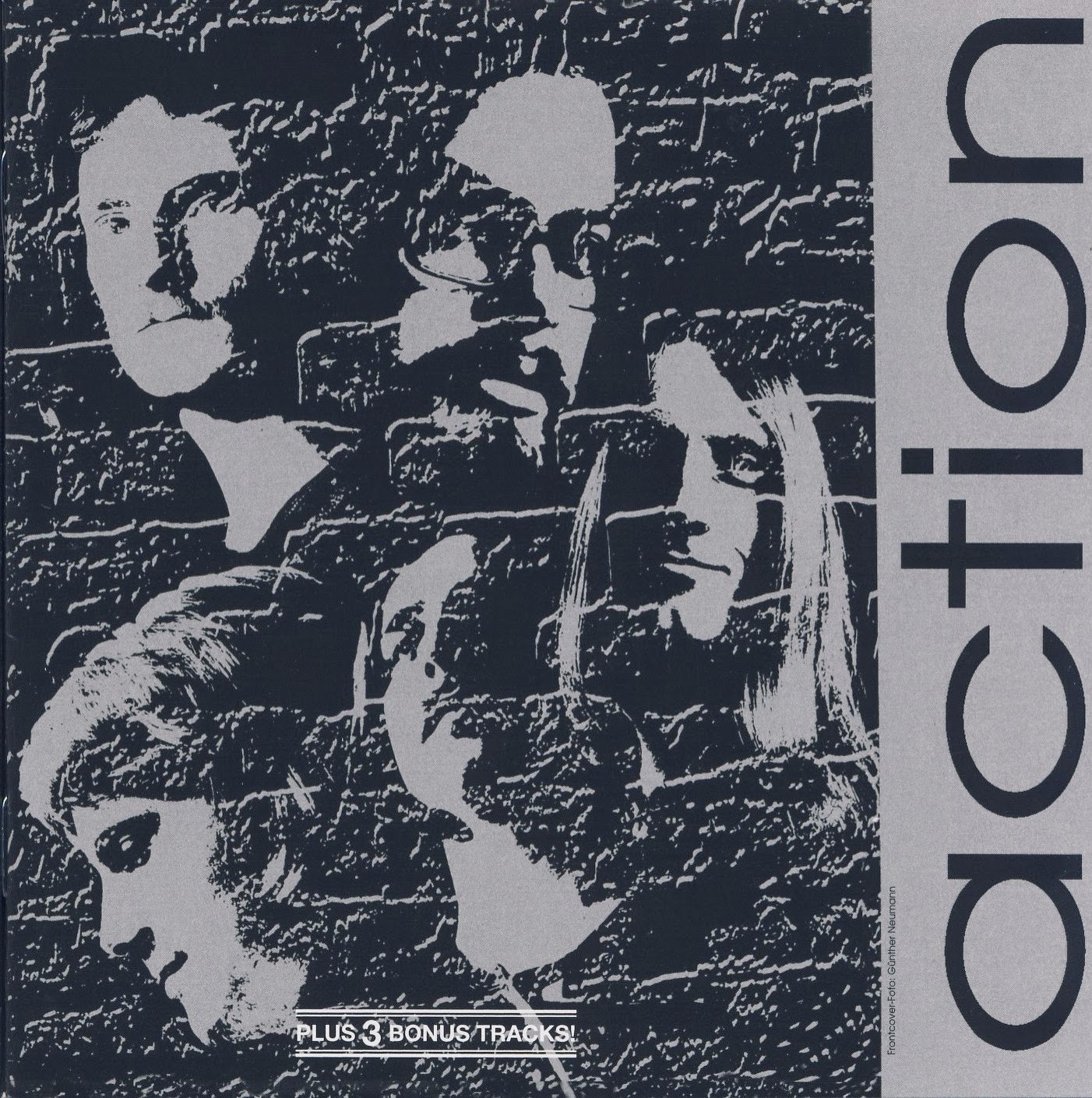 One of many obscure bands from the 1970's not documented at the time. Apparently the album was recorded for Kerston Records in 1972, but was never released. Action hailed from Zweibrucken, and played a heavy prog blend quite obviously influenced by Deep Purple, organ fronted and with Wolfgang Benki notably indebted to Ian Gillan. Over all it sounds more like a demo than a proper album. Side 1's two-part opus feels a bit like early Tomorrow's Gift (hints of Vanilla Fudge and Pink Floyd). Obviously unfinished, the final tracks are a live recording of rather mediocre quality.

Email ThisBlogThis!Share to TwitterShare to FacebookShare to Pinterest
Labels: Action