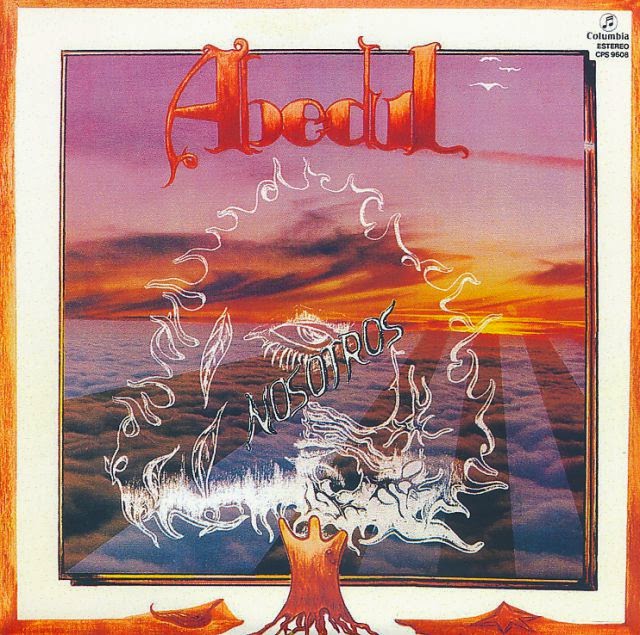 
If there is a band that can be called legendary, we're talking about ABEDUL from Spain, the information, photos and even albums are lost in the mist of time but we were able to find this band was formed in the year 1979 by Albert Aranega (keyboards), Narcis Baiges (Vocals), Pedro Castro (Bass), Jose L. Pérez (Guitar), and Luis Visiers (Drums) in the city of Barcelona.

Their sound was mostly mainstream with Prog tendencies, but as any respectable band from Spain has some vaguely Celtic folk melodies mixed with clear ethnic influences, the lyrics are in English and in Spanish, very close to the sound of another band called "BLOQUE".

In the year 1979 they managed to release a LP called "Nosotros" which would be almost impossible to find if it wasn't because the Japanese label Tachiko managed to release an unofficial version of their LP in a CDR but due to the bad quality of the sound seems like they never had access to the original master tapes.

It's really sad that a band like ABEDUL that was part of the fertile Spanish scenario is practically lost for ever, it's time to upgrade "Nosotros" in a decent CD format so new generations have access to them also.

Abedul is one of the forgotten and very rare bands coming from Spain in late '70's. It took , to tell the truth almost 4 years to find this album, last year in octomber it was in my hands. So, what we have here a mix of symphonic moments and some very almost discoteque sound melted with some hard rock moments in places. I like it at first listning, very uptempo in some parts and aswell a a lot of instrumental passages remind me in places of ZZTop, same drumming and same attitude, only the genre is diffrent. Is not an extrordinary album, but worth some spind from time to time. The vocal arts are ok, nothing over the top but ok, the instrumental passages are the cherry on th cake here, pieces like Ultimos momentos or Renacer de la Aurora. I will give 3 stars, a good one in my opinion, even is unnoticed and damn hard to find, this band and album desearve at least a propper consideration from time to time. Almost gone into oblivion Abedul manage to pull some reviews here and there, and that is a good thing, because like that the band will find new listners from younger generation. 3 star, good but totaly non essential.

Email ThisBlogThis!Share to TwitterShare to FacebookShare to Pinterest
Labels: Abedul