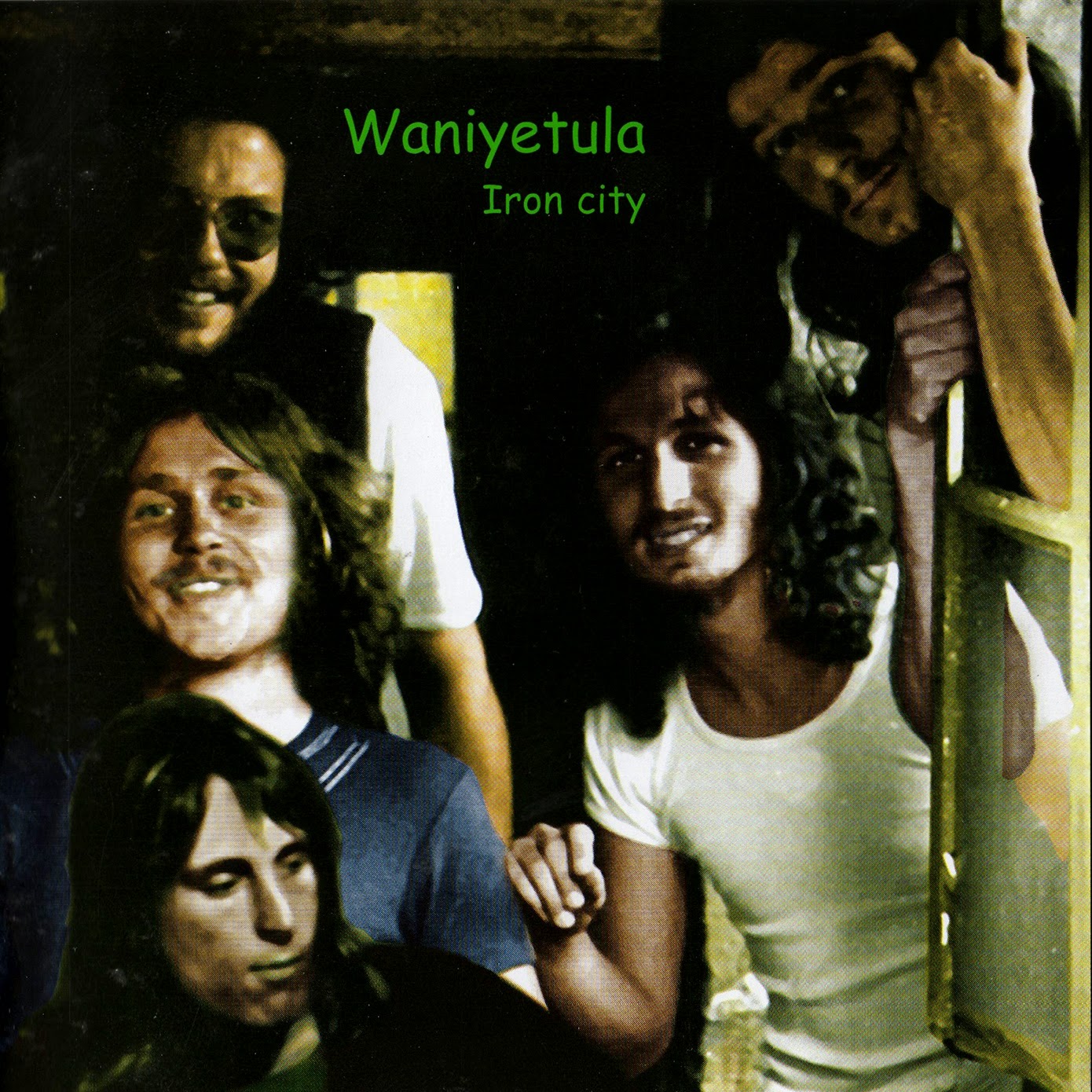 
Unreleased studio and live tracks from 1971-1978. All songs written by the band except two tracks which feature the writings of Edgar Allan Poe.

While Waniyetula still remain a well-hidden secret of the 70's German Kraut-Rock scene with only one official album during their existence, their history is definitely long and worth-mentioning.They came from Frankfurt-am-Main and evolved from the Beat group The Empty C in 1969 originally as a trio of Heinz Kühne (guitar, vocals), Hermann Beckert (bass) and Thomas Goerdten (drums).As with Fashion Pink/Brainstorm their full story of the early years were well documented by Garden of Delights in 2006 in a CD release entitled ''Iron City''.

In 1971 the trio had a good live activity and the track ''Lindis Farne'', which opens the album, is a good proof of their very early sound.This is typical but quite cliche instrumental Hard/Psych/Kraut Rock with jamming and improvisation elements, based on Kühne's long and repetitive guitar sections and a psychedelic rhythm section with little imagination.

By 1974 the band featured two more members, singer/acoustic guitarist Richard Kersten and keyboardist Norbert Abels.The addition of Kersten, which became also the band's main composer, resulted to a change of name, now Wanyietula were Galaxy, and musical direction.This period is represented with four long tracks, between 10 and 13 minutes, where keyboards and melody play also a significant role in Wanyietula's sound.Their style now was somewhere between ELOY, NEKTAR and MESSAGE, sounding more like an English than a German band.Nice psychedelic guitars are blended with expressive vocals and interesting moog solos to result an approach with elements from both Psychedelic Rock and 70's Classic Prog styles.Instrumental parts are still a great part of the band's music with a bit loose arrangements.

As Galaxy they released only one album (shortly after which Kersten left the band) and then the crew switched the name back to the original Wanyietula.However the band never returned to the early Wanyietula style, on the opposite we are talking about 1978 here and the second Wanyietula formation had fully transmitted into a late-70's Symphonic Rock band.Two tracks from this period are great examples of this fact.Very close to the likes of ANYONE'S DAUGHER or AMENOPHIS, Wanyietula's music was now very refined with emotional arrangements full of interesting guitar melodies and synth explorations, while the band used the multi-vocal harmonies and distorted vocal lines more and more.The presence of the some piano inteludes is also another new enrty, yet the sound remained fairly progressive and quite adventurous.

This album holds both significant historical and musical interest.A rather unknown band is fully presented here from their very early stage and sound to its transformation into a Melodic Prog act, most of the tracks are satisfying and there is also a very nice booklet with the history of the band along with rare photos of the members, making ''Iron city'' at least a recommended purchase, especially for fans of non-standard German Kraut/Prog with a flexible sound.