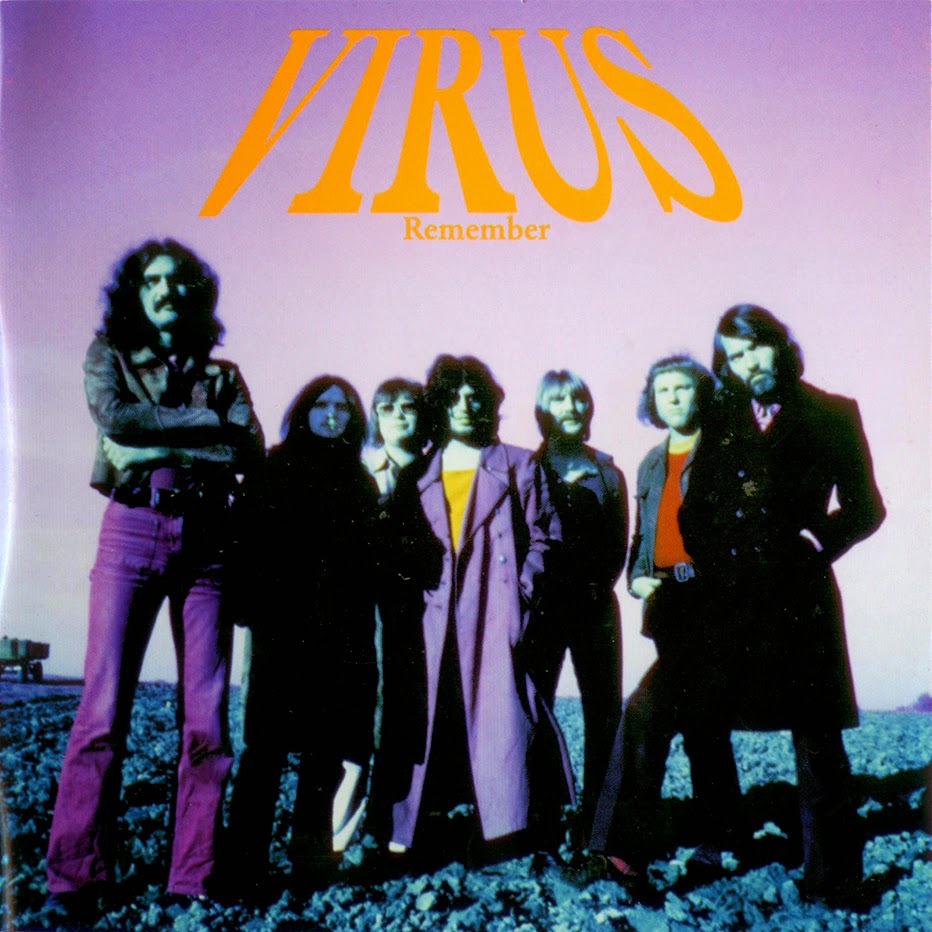 This is a high-energy, blues-based hard rocking live album from a band with little documented history but who seem to have done an admirable job of keeping up the paces while they were on stage.

Despite being German and existing in the early seventies, this is more modern hard rock than it is progressive or Krautrock. There aren’t any grandiose lyrical themes or complicated arrangements, but there is an abundance of horns (mostly saxophone) which wasn’t particularly mainstream in that period.

The sound quality is pretty good for a live album, although the Garden of Delights reissue is surely cleaned up from the original vinyl (which I have not had the pleasure to hear, but is a reasonable assumption anyway). The band manages to keep up a high level of energy throughout, and there aren’t any mellow tracks. The keyboardist Jorg-Dieter Krahe sounds a bit like Jon Lord with a dose of acid under his tongue, and Wolfgang Rieke’s drumming isn’t overly ornate but he is quite intense at times.

The title track has some great guitar licks all through the song, including an extended instrumental piece. The band has a tendency to lay into longish jams all through the album, not surprising considering the times and the fact that they were in stage at the time. I would be interested to hear one of their studio albums in comparison, but as yet haven’t had the chance.

A few of the tracks here aren’t much more than heavy rock with little if anything progressive about them, “Rock 'n Roll”, “King Heroin” and “Settle Down” in particular. The last of these sounds a bit like the heavier parts of the first couple of Chicago albums, mostly thanks to the saxophone and keyboards.

The album closes with another jam session, the ten-minute long “Woods Fun” with extended keyboard funkiness and free-form jazzy saxophone. This must have been a crowd pleaser on a dark summer evening under the skies (I’m imaging this was the setting, but who knows…).

I suppose these guys are forgotten for a reason, and I certainly wouldn’t recommend this album for someone trying to discover progressive music. But the tunes are all originals, the sonic quality of the music is quite good, even for 1973, and folks who get into long jamming heavy rock will probably dig this album a fair bit. Three solid stars for sure, and recommended mostly to fans of bands like Uriah Heep, Cactus, Colosseum – stuff like that.

Originating from Bielefeld in Northern Germany, the roots of Virus go back to the early-1960's, with Bernd Hohmann in the school band The Moonbirds, later joining up with Man's World, a rock 'n' soul band, who gradually transmuted into Virus circa 1970. Another Virus root starts in 1966, with Wolfgang Rieke of the award winning Percy & The Gaolbirds. All the founding members were experienced talents and well-known musicians of the Westphalia region.

Virus were justly one of the most legendary of Krautrock bands, notably in that their debut took the Pink Floyd type of space-rock sound onto new uncharted realms. REVELATION was aptly titled, being full of invention and surprises within long tracks that sported extensive guitar work-outs, swirling organ, free-riffing and lots of interactive musical interplay, no less so that on the very free adaptation of "Paint it Black" and a most astonishing diversion on a "Saucerful Of Secrets" theme! But, like Gila or Tangerine Dream, Virus were by no means plagiarists, what they did was to venture beyond such influences and come up with a style all of their own, resulting in a powerful cosmic excursion that's largely instrumental and full of surprises. Certainly an album of revelations!

But, scarcely a month on from recording REVELATION, two-thirds of the band: Reinhold Spiegelfeld, Bernd Hohmann and Werner Monka had split-off forming the hard-rock psychedelic band Weed.

For many years the line-up on THOUGHTS remained a mystery, as no such details were credited on the sleeve, although the front cover showed six people. Recent documentation from Garden of Delights credits the band as: Wolfgang Rieke (drums) and Dieter Krahe (keyboards) remaining from the previous line-up, joined by: Jurgen Schafer (vocals, bass), Werner Vogt (vocals, bass), Bernd Rosner (guitar) and Axel Nieling (additional drums, percussion). The female vocals happened to be by a guest, a friend of Conny Plank's, who may or may not have been the rumoured Elga Blask. The person on the cover in furs and chintzy glasses is said to be Wolfgang Rieke! No wonder THOUGHTS was in such a different style to the debut, and with two very different lead vocalists songwriting was more a key factor of the music. A more hard-rock and blues focus meant a step towards more song oriented Frumpy, but with a wild psychedelic edge, and lyrics about drugs and paranoia, much closer to Pilz label-mates Dies Irae. The same line-up (with slightly altered instrumentation) were also featured on the HEAVY CHRISTMAS album, with two sizzling numbers that were nothing less than extraordinary.

We always wondered what happened to Virus after THOUGHTS, a question that was answered with REMEMBER documenting a WDR radio concert from April 1973.

Surprisingly most of the THOUGHTS line-up was still intact, except they had new guitarist Reinhard Ifflander, and the addition of a winds player, taking the music to a jazzier, slightly soul-spiced rock fusion. Less original, yet still rather good, the Frumpy edge is even more notable, with elements of Vanilla Fudge, CBS brass-rock acts, Emergency and Creative Rock all creeping in to the blend. With only one known track "King Heroin" from THOUGHTS, the rest amounted to an unpublished new album worth of material.

Failing to find a contract for this new material the band eventually folded in spring 1974. Shortly before that, however, Micky Stickdorn had joined on drums. He and Werner Vogt continued together with Jurgen Kochbeck's new band Skyline.