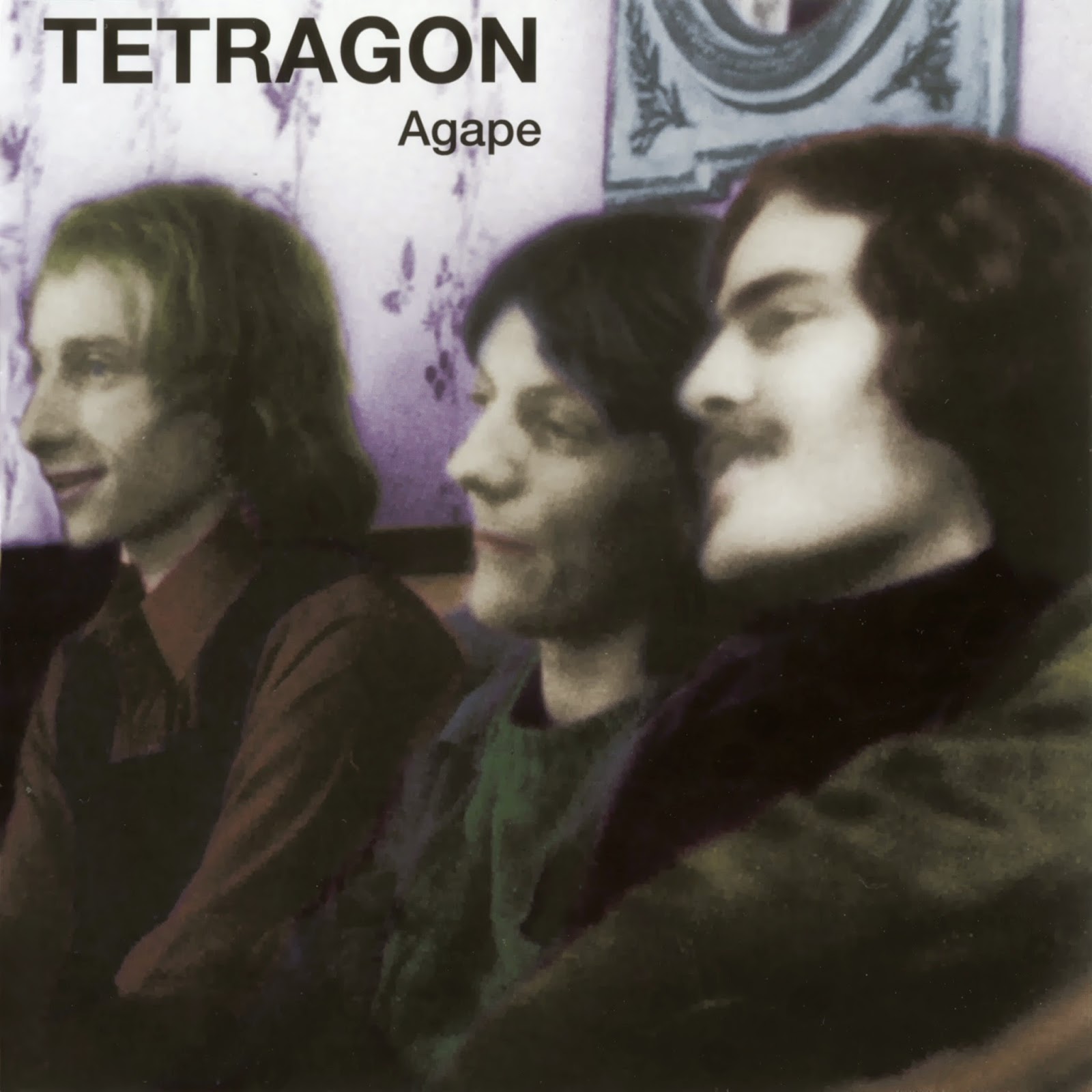 Recorded in 1973. Released by Garden Of Delights.

Some other immaculate and as yet unreleased studio recordings from the end of 1973, originally just intended for broadcasting purposes, have now been released as CD 'Agape'. Three of the six tracks were written by keyboarder Hendrik Schaper, one by all band members together, one by Eddie Harris, and the last one by Keith Emerson and Lee Jackson from The Nice. A spotless CD, made by undisputable musical talents and drawn from the master tapes.

After already possessing one successful archival release in "Stretch", I didn't expect we'd get another one from Tetragon (and Garden of Delights). "Agape" was recorded at the end of 1973 for a radio broadcast, after the band was pretty much done as a unit. It's all instrumental, and contains loose jams centered around organ and guitar. Blues, jazz and psychedelic are the styles and forms displayed. Santana, ELP, and the Roland Kovac Set all come to mind while listening to this. Worth noting the high quality sound from the original tapes. If you're looking for more instrumental jamming from the never ending goldmine of early 1970s Germany, then "Agape" is a must. Much better than I expected it to be.

Pretty solid jam-based album with some Hammond, guitar, bass and drums. What irks me is the loose structure and the various bluesy guitar solos(tbh, i'm sick of blues). I liked Tetragon in their "eclectic-psychedelic" mode more. The tracks are also quite long, the shortest two tracks are "only" seven minutes long, so it can become repetitive/one dimensional. Still, it grooves well in some parts and brings forth wonderful improvisational energy Tetragon possessed. Sounds a lot like a band who could warm E.L.P. up without any problems, some of these Hammond licks are definitely from the early period of the former British band. My picks would be "Agape" and "For Example". Recommended to the fans of early jammy prog with psychedelic flavour, but check out Tetragon's first albums before venturing here.