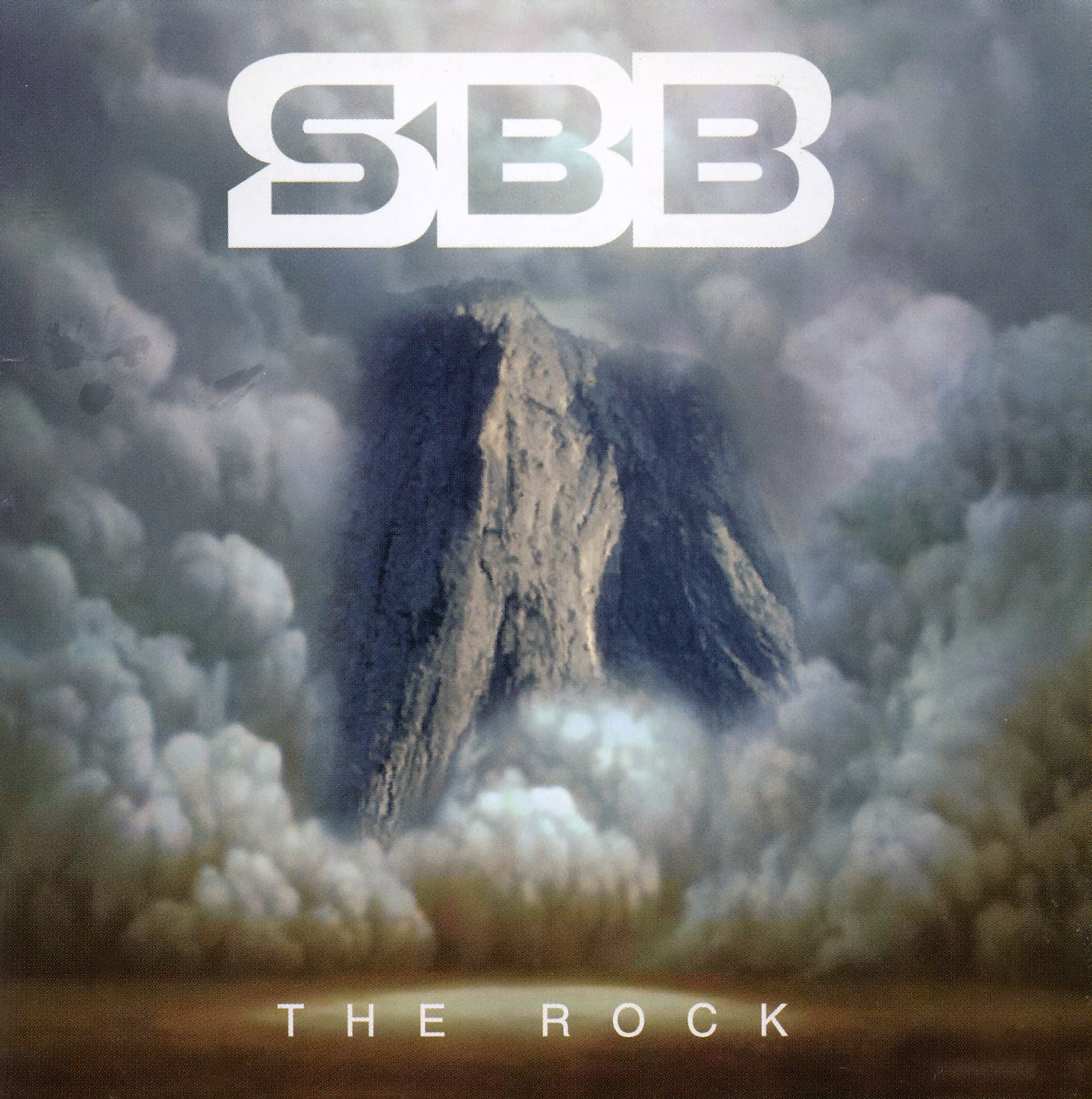 After a false start in 1971, SBB released their first album in 1975, following it with a succession of fine albums through to 1980. While they reformed to tour together in the 1990s, there was a gap of some 20 years before they returned to the studio in 2002. "The rock" is their third album since that reformation. Drummer Gabor Nemeth is brought in to replace Paul Vertico but the band is primarily a vehicle for the core duo of Józef Skrzek and Anthymos Apostolis.

"The rock" is an appropriate title for this album, as it is solid with a diverse range of styles including hard rock and progressive metal with neo prog and symphonic leanings. The opening "Skala" has the heavy riff of a Black Sabbath track, the song indicating that the band are not simply looking to retread in old paths.

" Płonące myśli" changes the mood completely; this reflective, almost ballad like number offering a fine counterpoint to the opener. Flexibility and diversity are the keywords throughout the album, which offers a pleasing array of sounds and styles. "In heaven and hell" for example is a 7 minute Pink Floyd like instrumental, Anthymos Apostolis' guitar work sounding distinctly Gilmour-esque. The track builds from an ambient, spacey start to an excellent lead guitar workout.

Lyrically, the album is split between Polish and English language songs. The first in English is "Silence", a softer ballad and probably the most commercial track on the album. The following "Sunny day" continues in English, the title being at odds with the sparse, downbeat nature of the song. "My paradise" completes a trio of gentler numbers.

The atmospheric "Pielgrzym" displays Celtic influences, particularly in the pipes like instrumentation and rhythmic percussion. "Akri" continues in a similar vein, Apostolis reverting to the Gilmour like guitar sounds of "In heaven and hell". Jozef Skrzek gives his strongest vocal performance here, full of passion and melody. Skrzek's keyboard work is also particularly notable on this track, as he moves between organ and synth.

The album closes with "Zug A Zene Mindenhol" an anthemic, organ based hard rock number which will surely be a highlight of the forthcoming live performances by the band.

In all, a strong and refreshingly diverse album by these Polish legends. There's plenty of life in the old dogs yet!