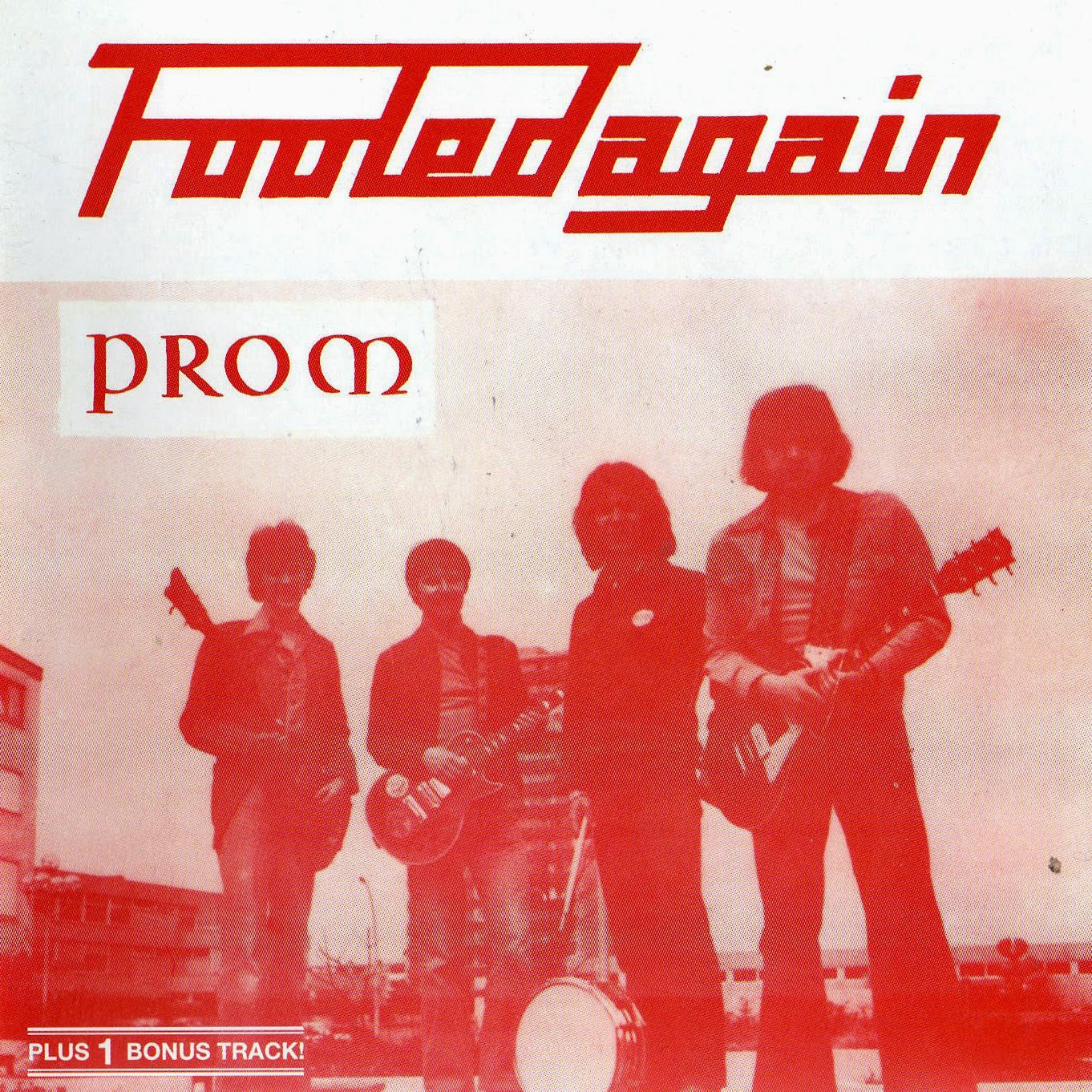 
Recorded with the simplest of means, the attraction of "Fooled again" for the collector is its rarity. According to the delivery note, only 78 LPs were produced at the time. Because of its rarity, it was not until 1999 that the record appeared in collectors’ circles and was soon to be traded, if it was offered at all, for about US$1000. Although the LP was recorded in the late stages of progressive rock, it shows all the characteristics of this music, featuring an excellent guitarist. Unfortunately, the sound leaves a lot to be desired, even if it was taken from an admittedly scarce master tape. The LP was released at the time on the small New Blood label, known because of groups like Dorian Gray or Rockport. In the 24-page CD booklet of "Fooled again" you will find a detailed label history and discography of New Blood and sublabels. Prom were a dirty blues-rock band from the very southern part of Germany (bordering on Switzerland) that had gigged for awhile and then in 1978 recorded an album's worth of tunes in a local church. They had assumed that they had made a firm deal to have the album released on the New Blood label in Cologne, but the label reneged and soon folded, and so only the 78 vinyl copies that had been pressed were delivered to the band. Of course, few have survived and because of rarity alone, the album has been considered something of a collector's item. Well honestly, the songs are so ordinary and the recording so murky, that it's hardly worth the effort. But this CD re-release will hopefully save some from spending a whole ton of loot on something so unremarkable. Guitarist Uwe Karle is the one player that shows some talent here, and interestingly he was initially dragged out of the audience to play bass for one gig (their former bassist having just quit) and ended up joining full-time. The singer, Klaus Fallert, seem s like he might have had a decent voice, but the fidelity of the vocal tracks is pretty rough and it's hard to tell. Probably the album's best track is "Blues," a very standard Muddy Waters-like delta blues number, so mostly an opportunity for Karle to shine on lead guitar. "Mogadischu" is their 11-minute opus, a mix of folk-rock and blues with a Freebird-style dueling solo excursion. It's easy to tell when Karle is playing lead vs. Fallert's tentative go at it, that's for sure! A four-minute bonus track (a Dylanesque folk tune) is thrown in to make it a 40-minute affair.