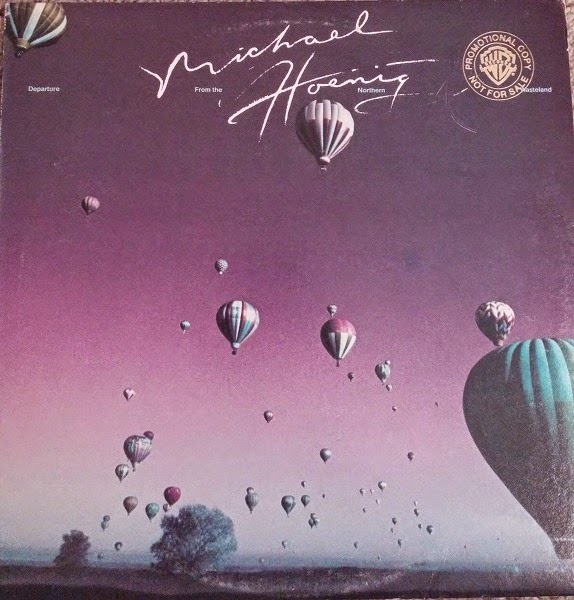 Michael Hoenig is a German synth/electronic composer who started his career in the "cosmic" krautrock classic Agitation Free. He joined the band in 1971 thanks to Michael Gunter. Hoenig notably provided the electronic treatments, spacey and hypnosis synth sounds on "Malesch" (1972) and "second" (1973). His most important contribution in Agitation Free remains in "last" (live, 1974) for the monumental "beatific" electronics and rumbling drones. In march 1975, Hoenig was hired to replace Peter Baumann in Tangerine Dream for an Australian tour and BBC recorded London Royal Albert Hall concert. After his short appearance in Tangerine Dream, Hoenig released two solo albums: Departure From The Northern Wasteland (1978) and Xcept One (1987). Considered as a little classic the first one reveals strong connexions with Tangerine Dream's typical synth arpeggios and abstract atmospheres.
In parallel he worked for several movie soundtracks, including Deadly Encounter, Koyaaniswatsi, One Flew Over the Cuckoo's Nest, Max Headroom, The Blob, and Dark Skies. He also composed the music for the computer game Baldur's Gate 2.

Let's go straight to the point: If you are fond of mid 70s Tangerine Dream, you will enjoy for sure this album. Departure From The Northern Wasteland is crafted in the same stone than Ricochet and Encore, minus the guitars. With this record, Michael Hoenig offers beautiful, contemplative and inspired electronic music dispatched in four pieces, mostly instrumental.

The title track is undoubtly the highlight of the disc. Perfectly sequenced, synthetizers' themes evolve slowly and superposing mellotron waves reveal magic and crystalline landscapes. The song fades away softly during its final part. The tune could have well figured on a Tangerine Dream release. The next track, Hanging Garden Transfer, displays a much faster, colder and more robotic sound. There are truely very trippy and catchy passages in it. Voices Of Where arrives as a surprise, as it features no rythm and hardly no sequencing at all, mainly mellotron and backing vocals. The tune is relaxing but is also the weakest of the album, as it tends to be repetitive by moments. This is easily catched up with the ending track, Sun And Moon, which brings the sequencer back. It is at first glance reminiscent of Ashra's New Age Of Earth. Then keyboards become more energic to offer a quite enchanting and spacey futuristic conclusion.

Not terrificly new but very inspired, Departure From The Northern Wasteland is quite similar to the albums from the classic Tangerine Dream line up with Baumann. It was released the same year the band tried to change their sound, to create something else. However, this album proves that Michael Hoenig can rank among the best electronic progressive german musicians. It's a pity he hadn't recorded more albums (the next one, Xcept One, is rather deceiving). Highly recommended to TD fans !