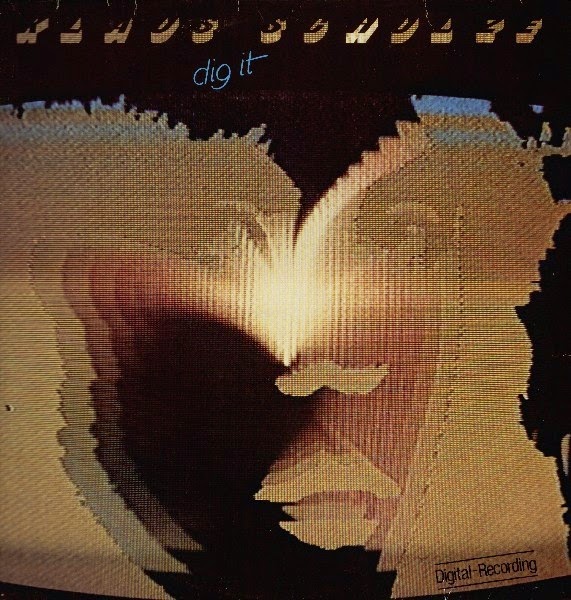 
Before fading away into obscurity, Klaus Schulze had a few more great albums in him. Dig It is the first of those and a must-have for fans, especially in the re-issued 2005 version.

The opening Death of an Analogue is a hit and miss, the repetitive percussion does not have the qualities from similar Kraftwerk exploits and the track gets really tedious after less then 5 minutes. The easy solution is to start with Weird Caravan, a surprisingly catchy and up-beat song that was the first piece I appreciated on this album. The Looper Isn't A Hooker is even better. Both tracks announce a new flavour in Schulze's music, one that works more on complex rhythms then on melody.

Synthasy is another winner, it starts very experimentally, with an almost kraut-alike opening, halfway in we are deeply submersed in Schulze's lush sound textures. The music is less accessible then the works from the 70's but it is not less rewarding.

Based on these pieces, the album would be a solid 3 stars, but on the 2005 re-issue there is an extra track that adds a marvellous 30-minute soundscape. The booklet says it's from the Dig It period but it sounds like it could have come right from Mirage or X (especially Heinrich von Kleist comes to mind). The first part is very abstract, downright spooky and disquieting, the second part has more harmonious features such as big moog and synth choir sounds, the third part is very experimental and non-melodious again, but as you know, Schulze doesn't need melody to be amazing.

The 2005 re-issue also adds a DVD from a 1980 concert Linzer Stahksinfonie, I haven't looked more then once yet. There isn't much to see actually apart from Schulze in a particularly goofy mining suit, a very sweaty drummer with a stern moustache and typical 80's imagery effects. The sound is OK though and the music consists mainly of improvisations on X material. The Schulze costume makes it hard to take this grave music seriously, so it works better if you just listen and ignore the images!