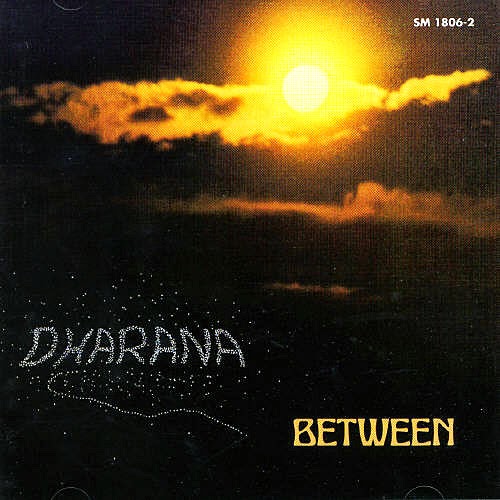 On their third album, the band turns to a more tranquil, luminous style, quite different from the solemn, obscure, esoteric and incantatory music of the previous "And the waters opened" album.

The longest piece "Dharana" is the most accomplished, with its slow progression. The spiritual inspiration is strong throughout the album, "Dharana" is the sixth of the eight steps of Patanjali's Ashtanga Yoga and is linked to a stage of self-trance due to inner silence.

Even if "Dharana" can't reach the previous album's intensity, the cleaner sound production contributes to a pleasant aerial feeling and with this album, Between keeps on creating a unique musical universe, a perfect fusion of western and eastern music. And "Dharana" remains more inspired than Peter Michael Hamel's future works.

Email ThisBlogThis!Share to TwitterShare to FacebookShare to Pinterest
Labels: Between, Germany