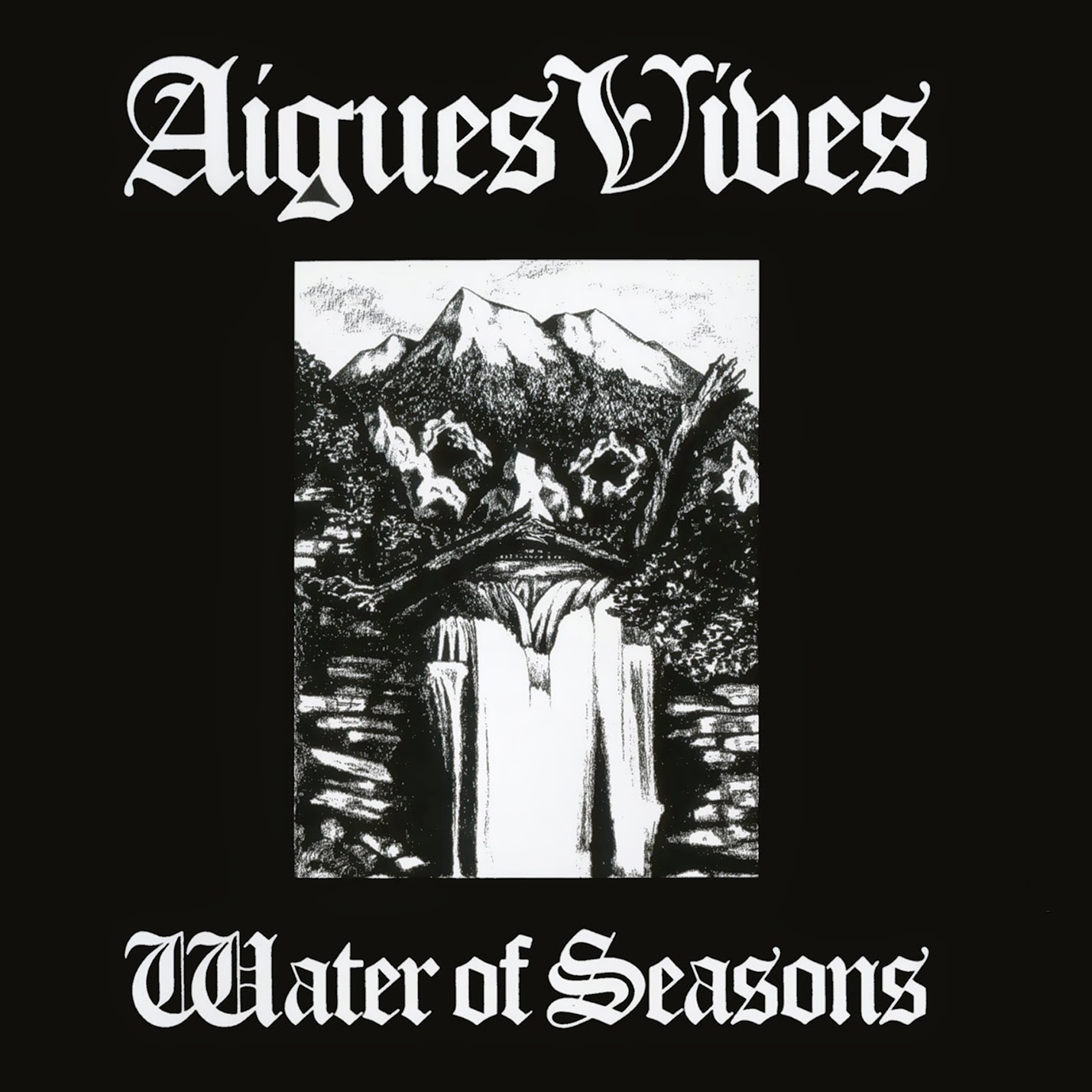 
Named for a French town whose name in turn refers to "prosperous fountain/source", Aigues Vives was formed in 1971 in the part of Germany close to the Belgian border. Initially, they were influenced mostly by the progressive rock of their day, but several purges and reformations cast them as a mostly acoustic folk group with plenty of progressive touches. Not particularly German sounding, they nonetheless do bear some comparison to early Hoelderlin, Broselmaschine, or even Emtidi.

It was the third incarnation that finally committed a recording to posterity. Water of Seasons is an entrancing and trippy yet rooted disc that appeals across a broad spectrum of prog folk, psychedelic, and German progressive fans. It was released in a limited edition of 1000 copies and commands a healthy price among collectors.

After yet another lineup change, the group integrated a rock backing with medieval sounding folk in a homegrown cassette Dwarfs Casting Long Shadows, meant to presage a second LP that never materialized.

In 2004, both LP and cassette were packaged together by Garden of Delights into the CD Water of Seasons,


The idea of a German group being into any of the following is in itself not particularly noteworthy: early 70s British progressive rock, French and Irish folk songs, Anglo folk rock, to name a few. But an obscure band passing through these distinct stylistic phases from 1971, yet only releasing product in 1981, that IS interesting! More so because the result is worth hearing.

By the time of the original LP that contained the first 8 cuts here, the group was in Phase 3, in which they were exploring folk rock, but had retained their psych origins, sounding not unlike HOELDERLIN meets SPIROGYRA if you will, by way of BROSELMASCHINE but without a trace of OUGENWEIDE. This is understated and largely acoustic prog folk with a mysterious almost misty mood. This is well shown in the longest track, "Heroes", and in which Paul Possart excels on the strings, part violin and part fiddle, imaginatively straddling the line between symphonic and earthy. Hendrikje Horn's flutes are less prominent but also set the atmosphere to match the plaintive multitracked vocals and the wistful melodies. They also take a more active role on other songs and instrumentals. Luckily the voices in English are good. Roland Enders' lead guitar adds some electricity without stepping out of line.

Other highlights include the hypnotic "Night" and "Flying Fortress" which could be an outtake from a much earlier Moody Blues album thanks to the swirling flute. The album suffers from a bit of sameness of tempo and mood, but the original closer "Planet of Dreamers" has a delightful chorus and some delicate and powerful lead guitar. While the lyrics admittedly were a decade past their prime thematically, this anachronistic quality is one of the appeals of the group.

The 4 bonus tracks were from Phase IV of the group, in which more electronic elements were introduced, but at the same time a certain medieval bardic quality could be discerned, especially in "The Knight Errant", which is bolstered by Eva Küllmer's accompaniment on vocals, and "The Sailor". The bonuses were meant to be part of a second album that was aborted when the group disbanded in 1983, and were wisely included by Garden of Lights along with a superb booklet and history. A swig of fresh water for prog folk fans.