I Quelli
1969
I Grandi Successi Originali 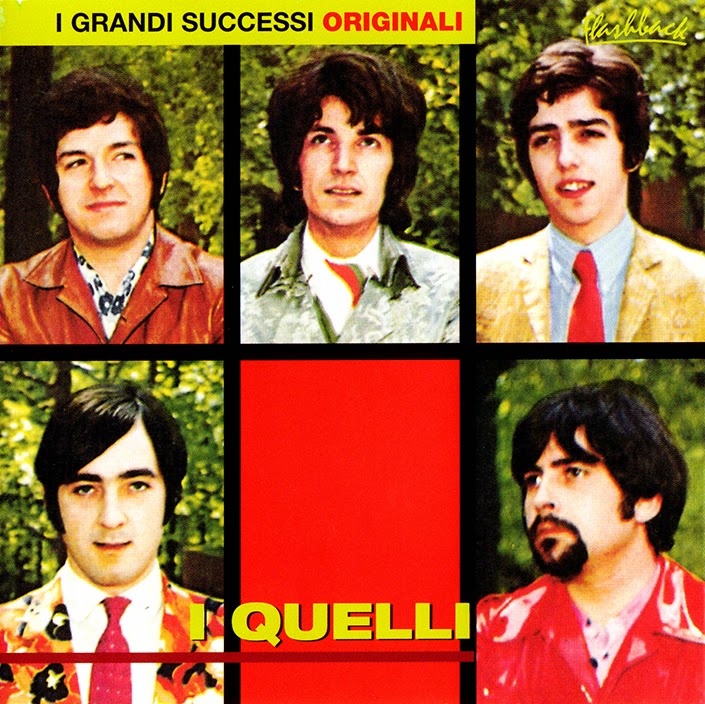 Certainly I quelli are not prog. But only because I quelli recorded with this monicker from 1965 to 1967. With I Quelli one of the guitarists was, for few time, Alberto Radius. I Quelli played typical Italian Beat with English covers sung in Italy (but 'Hush' is sung in English directly). For a proghead, a good proghead the better songs are sure: 'Lacrime E Pioggia (Rain And Tears)' (original by Aphrodite's Child), 'Questa Città Senza Te (Even the Bad Times Are Good)', '15 Anni', 'Quattro Pazzi' (Heavy Proto Prog! Great furious guitar), 'Hush' and 'Tornare Bambino (Hole In My Shoe)' (original by Traffic). Interesting also 'Una Bambolina Che Fa No No' (original by polnareff) that is an evergreen of Italian POP. Other to music, that is Beat but extreme technical (and tis was not found in other Italian Beat bands) I Quelli are important band in Italy because is the first band that used a Mellotron in Italy. 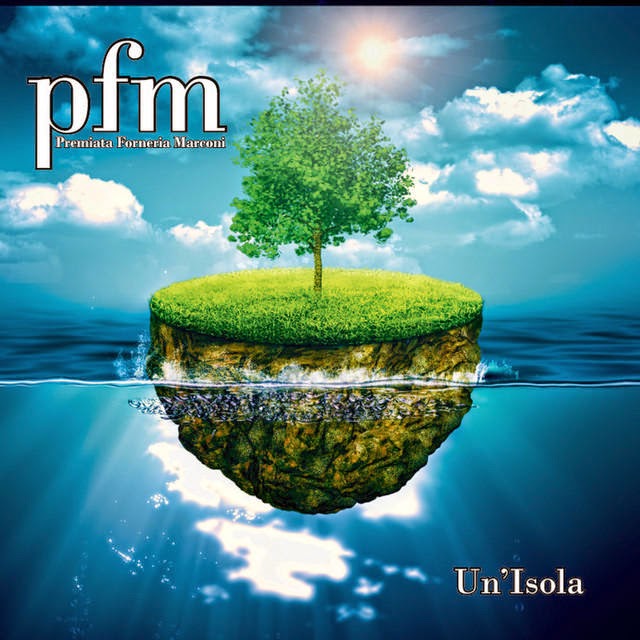 Have another cup of reality,drink and drink some more.

L'isola Di Niente was my introduction to PFM way back. To this day it is my favourite album by them and I would give it a near 5 star rating. Now after 40 years Franz,Franco and Patrick (w/ the help of 3 other players) has recorded a live version of this album. The sound is great with a beefed up quality with few variations here and there. And of course the 3 main players have had four decades to become better players. 4 of the songs are the Italian version (which I prefer) and with 1 in English. I would not normally go for this kind of recording,but I am glad I did with this one. 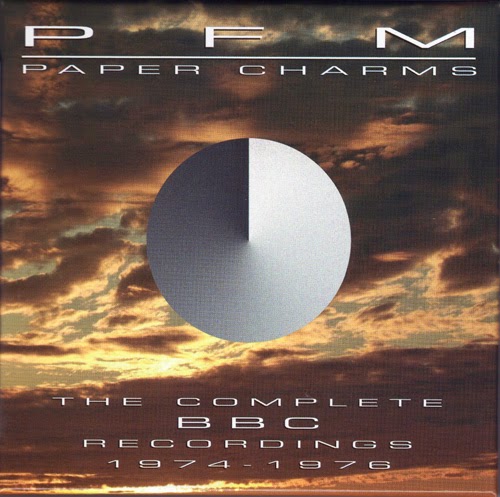 Another excellent compilation to go alongside the reissued 'Cook' live album, which had lots of extra material. The quality of performance and musicianship exhibited is excellent throughout. This groups stand comparison with the finest UK based prog acts, but were victim of some 'anglo-centric' attitudes towards their music, otherwise they surely would have been more successful than they were.

The two live CDs are recorded at the BBC's Lower Regent Street studios (aka the Paris Theatre - I have dim memories of going to a couple of BBC concerts there in the early 70s by 'Tapestry' and 'Desmond Dekker & the Aces', as well as - of all things - some sort Emperor Rosko thing. A compact venue, as I recall. Do the BBC still possess this venue?). The first CD kicks off with 'Celebration', but to begin with the sound seems a little muddled and muted, as if the mix was not quite right. This seems rectified by the end of the track. We get Pete Drummond's radio intro's / commentaries between each track, which some might feel they could do without, but these are brief and to the point. He is knowledgeable and appreciative of the band. On the first CD from October 1974, vocal duties are handled by Flavio Premoli mainly. By the time of the second performance, Bernardo Lanzetti had been brought in to sing lead vocals. Personally, I prefer the band without Lanzetti's vocals, which can be a little over-strident at times. He has a Roger Chapman-like warble with not quite the same range and control, and this will not be to all tastes. 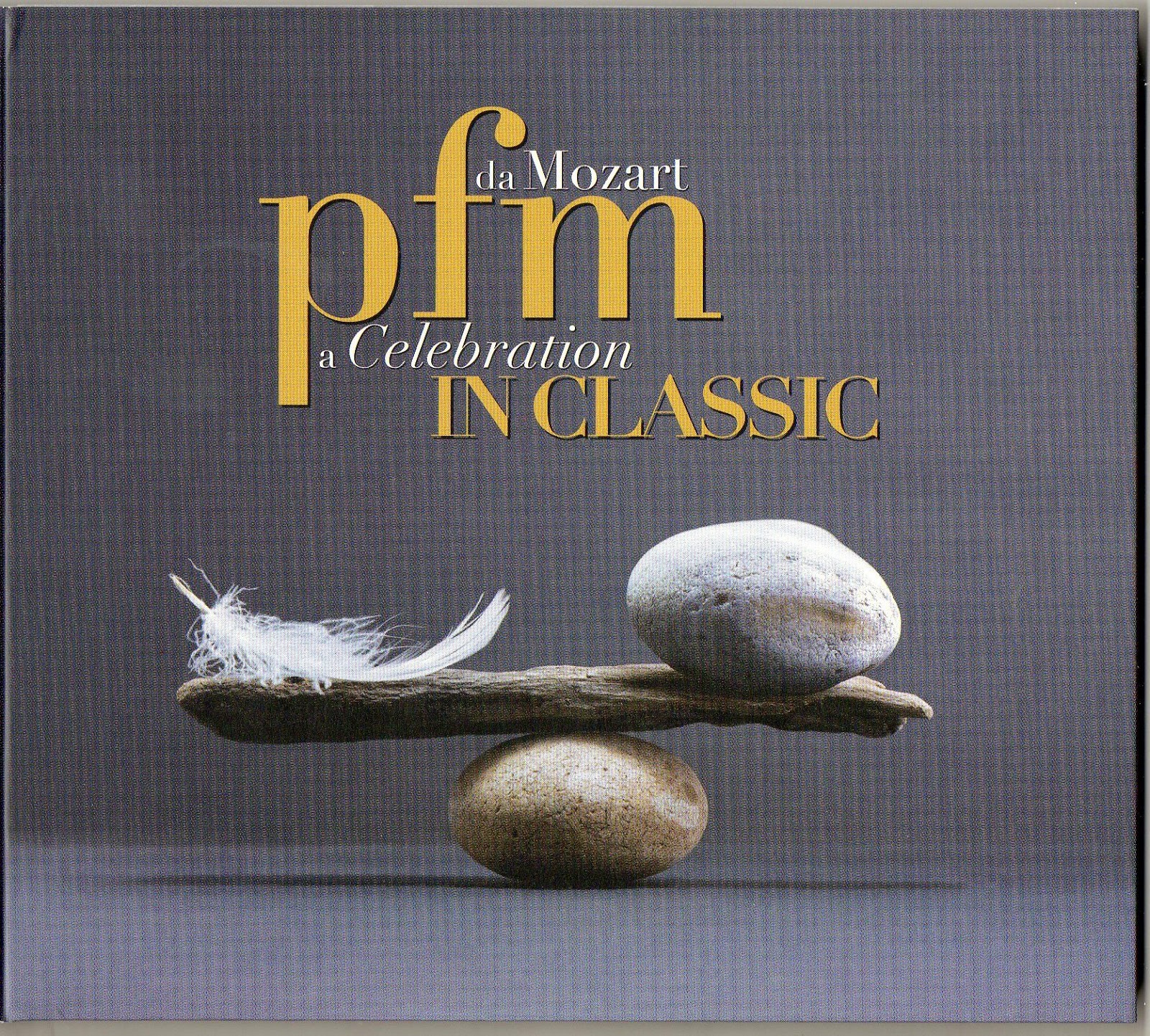 It's kinda hard to be into Progressive Rock and not be aware of Premiata Forneria Marconi. This classic Italian band was formed more than 40 years ago and it is still running the long run!

Their new project, In Classic ? Da Mozart A Celebration (2013) is a very special one, to the fans and to the band. The double album released by Immaginifica takes PFM to the Classical world! On the 2 discs of In Classic ? Da Mozart A Celebration (2013) we have the band celebrating great classic composers such as Mozart, Dvorak, Prokofiev and Verdi with a full orchestra. Not just that, on the second disc they take their own music and give them the full orchestral treatment too.

PFM's line up is nowadays compressed of the trio of original members Franz Di Cioccio (vocals, drums and percussion), Patrick Djivas (bass) and Franco Mussida (vocals and guitars). But on this big project they also had Lucio Fabbri (violin and keyboards), Roberto Gualdi (drums and percussion) and Alessandro Scaglione (keyboards) to complement the sound. And of course, the Symphonic Orchestra directed by Bruno Santori.

On the disc 1 we have Classical compositions re-arranged for the band and orchestra. The nice thing here is to see a different repertoire. Rock albums with orchestras have been done thousands of times and when they play Classical music is all the same tunes, but not on PFM's case. 7 pieces, 7 really different choices. The opening 'In Flauto Magico' by Mozart is maybe the most recognizable one. We also have 'Danza Macabra' by Saint-Saëns, 'Danza Slava No1' by Dvorak, 'Sinfonia No5' by Mahler, 'Romeo And Giulietta' by Prokofiev (maybe another recognizable one), 'La Grande Pasqua Russa' by Rimskij Korsakov and 'Nabucco' by Verdi.

The result on disc 1 is somewhat really different. You can obviously hear the orchestra, but the band is not just playing over them. No! Sometimes it is the perfect mix of the band and orchestra and it is even hard to say that those are Classical pieces, like on 'La Grande Pasqua Russa' for instance. A special mention has to be given to the beautiful version of 'Sinfonia No5'. Though disc 1 is absolutely brilliant, I must say that I was really eager to hear the disc 2 with the PFM material!

In fact there are only 5 PFM songs: 'La Nuova Nuova' from the album L'Isola Di Niente (1974), 'Promenade The Puzzle' from Photos Of Ghosts (1973), 'Dove? Quando' and 'Impressioni Di Settembre' from Storia Di Un Minuto (1972), and an unexpected 'Maestro Della Voce' from Suonare Suonare (1980). They also venture themselves into a kind of patchwork that they called 'Suite Italiana' where they mix Mendelssohn, Rossini and themselves. Just by looking at this tracklist I can say that I would like to have more tracks by the band. Having only 5 seems little in a first glance. But that's not completely the case!

The perfect match of rock/orchestra in 'La Luna Nuova' took my mind off any extra thing besides the music. I would honestly drop 'Promenade The Puzzle' for another song, not that the version is bad, on the contrary, but I think there are far more stronger tracks in their catalogue.

While 'Maestro Della Voce' is a track with a Jazz Rock/cabaret feeling, 'Impressioni Di Settembre' is another perfect track. 'Suite Italiana' is a delight, and 'Celebration' (the English name for the original song 'È Festra') was the right choice for this mix. We still have one bonus track 'Guglielmo Tell' from Rossini's repertoire to complete the CD.

In Classic ? Da Mozart A Celebration (2013) comes lavishly packed in a fabulous digipack with a great artwork and a clever cover.

It is indeed amazing to finally listen to Premiata Forneria Marconi playing with a full orchestra, their music has always been Classical influenced anyway, so nothing more rewarding for fans and the band. This would be a 5 stars album if not by the fact that I would like to have more tracks from the band's catalogue instead of the Classical adaptations. Maybe some other time?

Fans of the band and fans of good music, come together and listen to In Classic ? Da Mozart A Celebration (2013), you should! 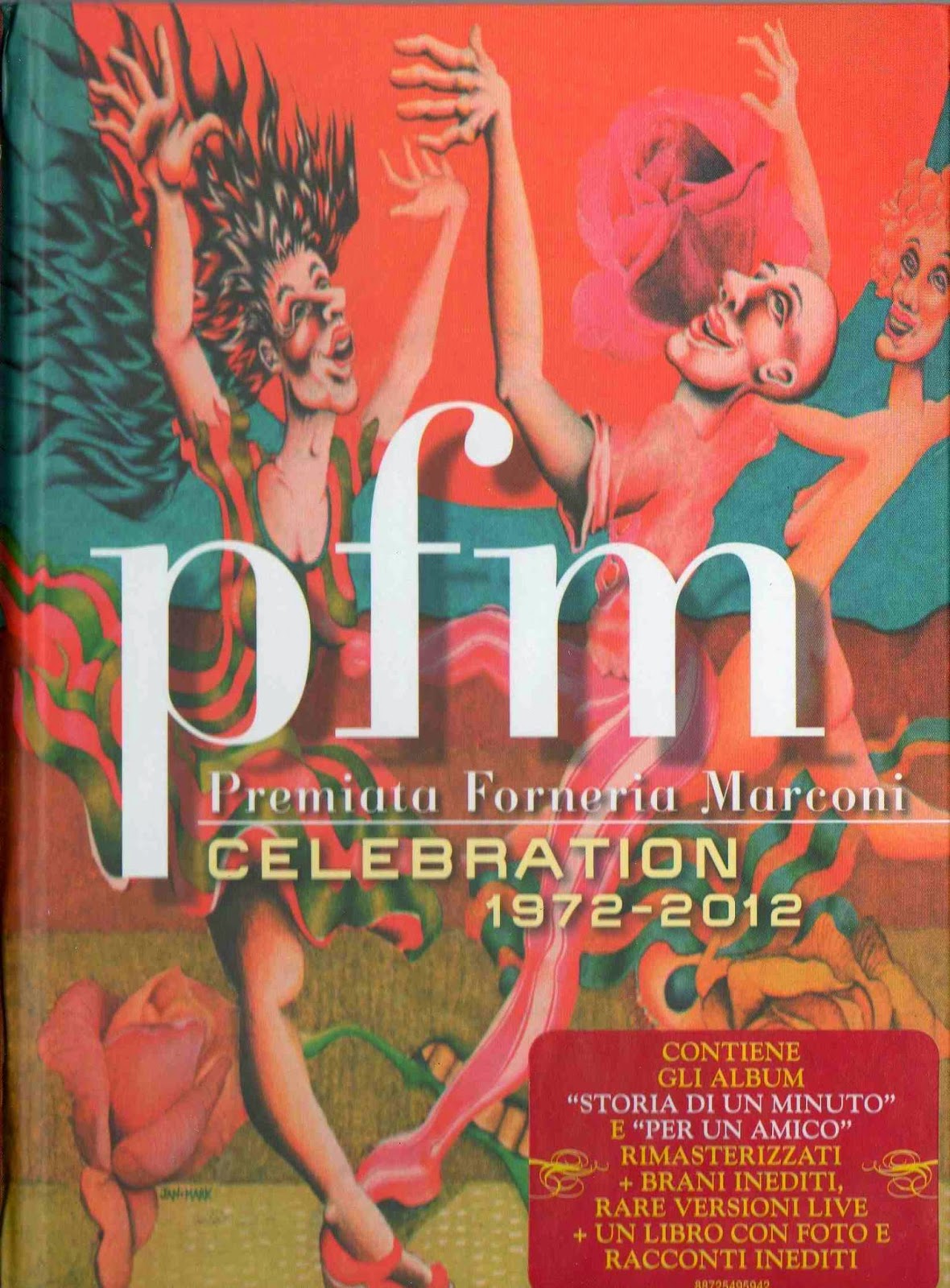 Boxes can be quite a tricky business. In most cases they are alright or better, some are magnificent and others are simply unintelligable. It's not all about the music, it is also a question of packaging, information and relevance. For instance, I find both the Caravan and Camel boxes to be utterly magnificent pieces of boxed music. They are both full of great music, little oddities and a packaging to die for.

When I came across this PFM box I was i trigued and could not contain myself. I had to have it, basically because I did not possess either of their splendid first two albums. Great, I thought and paid the man what I considered to be a bargain. (A mere ?20.) Anyway, the first two albums are brilliant and true gems of the RPI movement.

My concern is the third disc. While flawless, in some sense, music-wise I cannot understand why on Earth that disc accompanies PFM's first two albums. Had there been recordings from the early 70's I could not have had any issues at all with this disc but now I feel it is kind of out of place. The live recordings are as early(or late) as the mid 80's and all the wayup to the 00's. It feels... 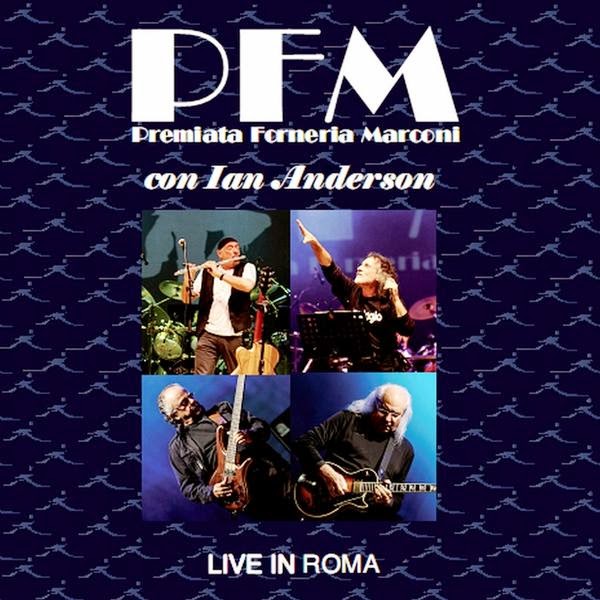