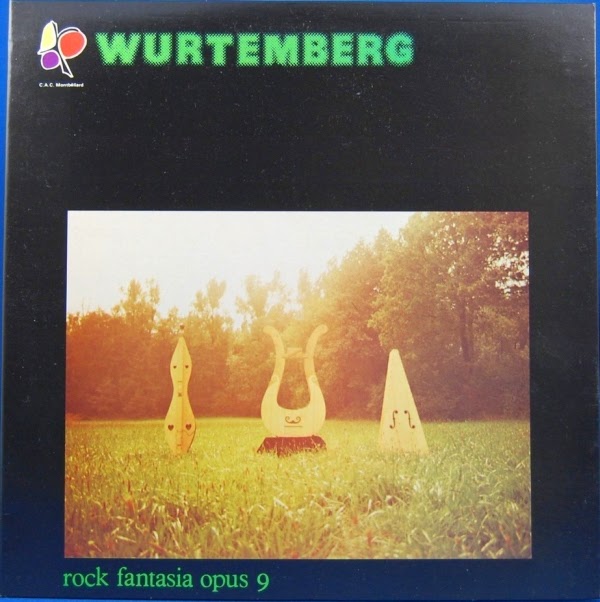 
WURTEMBERG is the musical project of instrument-maker Alain CARBONARE. If you don't know this name, he is best known internationally for the making and playing of his own "traditional" style instruments, the dulcimer, psaltery, lyre, among others. The group places a heavy emphasis on sophisticated arrangements, as nice parts on acoustic guitar and authentic medieval stringed instruments.

The music on "Rock Fantasia Opus 9", only CD of this French band, is totally instrumental fusing classical, renaissance music, French folk and progressive rock. The music is calm and breezy, with a lot of air between the strings and piano. For fans of bands such as CLEARLIGHT, GRYPHON, early AFTER CRYING, MALICORNE, and MINIMUM VITAL. An essential addition to any collection of French symphonic music. GOOD STUFF, so don't miss it!

Wurtemberg is basically a rock band trying to make a middle age, acoustic folk music and the result is very astonishing and perfectly relevant. The leader of this French musical "tribe", Alain Carbonaire is a multi -instrumentalist who successes here to make us sensitive to a large range of acoustic, traditional instruments of the middle age, renaissance period. Each composition offers a very pleasant mood, alternating different musical evocations from the past. However in spite of bringing so many acoustic elements the work is dominated by a rather basic rock structure (sometimes old dated) just as if the enchanting, dancing flute lines try to raise the music to a higher level. The omnipresence of the piano gives a "neo classical", "symphonic" touch to the ensemble. Not bad at all!! A real must for lovers of Malicorne and others. 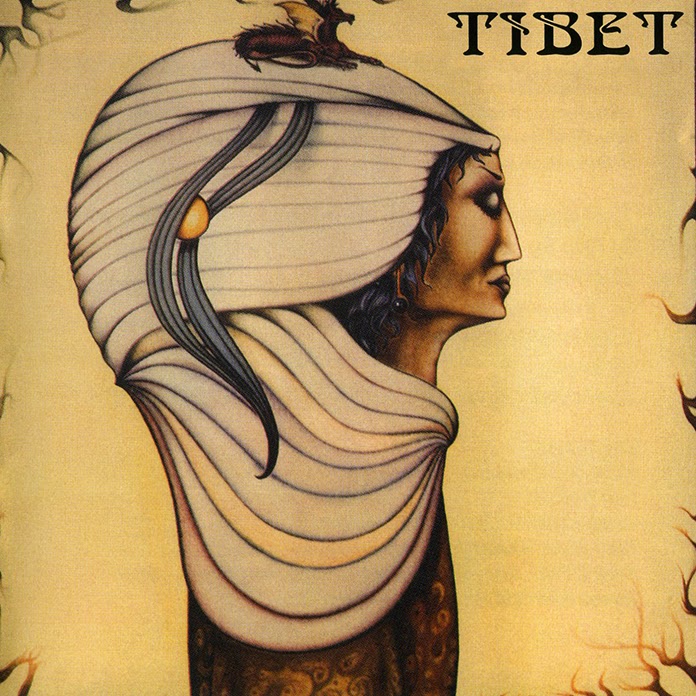 Jürgen Krutszch formed TIBET in 1972, having been inspired by the Eastern experimentation of groups such as the BEATLES and THIRD EAR BAND. Krutszch had spent the latter part of the sixties in cover bands (FINE ART, NOSTRADAMUS), and was interested in putting together a group that played native Tibetan instruments such as the tabla, violin, zither, and flute. He quickly abandoned this idea after recruiting former band mates Karl-Heinz Hamann (FINE ART, TESKE) and Dieter Kumpakischkis (NOSTRADAMUS), as well as drummer Fred Teske and vocalist Kalus Werthmann, but the band did retain a certain pseudo-mystic feel to their music during their nine year existence.

The band toured extensively throughout the seventies, opening occasionally for fellow countrymen and friends of the band KRAAN, but managed to release only a single album, their self-titled 1979 studio release. The tracks for the album were recorded in three separate sessions dating from December 1976 to September 1978,
The band's sound was a complex fusion of astral rock, jazz, classical music and Tibetan sounds, heavily keyboard-driven (Hammond, mellotron) and compared to the likes of ELOY, AMENOPHIS, and even URIAH HEEP, although most of their studio release consists of tracks that are similar in style but more reserved than any of those bands. Lyrics (when present) were primarily in sung English, but the band was known to play longer instrumentals in concert, and three such tracks appear on their studio release.

As an interesting side-note, Garden of Delight Records released a series of sampler recordings of early psychedelic and symphonic bands around the turn of this century, and volume 5 of that collection features two songs credited to TIBET. While the core membership of the band is the same as that one their 1979 studio release, the singer is listed as a 16 year-old girl known simply as Maggie. These tracks were believed to have been recorded by the band very early in their career, and prior to signing Werthmann as their permanent singer. Nothing else is known of the girl.

Having failed to make a commercial impression with their one record, TIBET decided to call it quits and disbanded following their final concert appearance on March 22, 1980.

TIBET deserves recognition for having been a small part of the progressive music scene with their extensive live performance history throughout the seventies, and for the eclectic and ambitious style of music for which they were known by their small but persistent fan base.

Diamond in the rough, lost gem, obscure record, oddity or criminally underrated; pick one you like it all means the same.

Tibet kicks ass with a high level of musicianship, quirky melodies and a really weird (but likeable) art cover. To be frank, once again it's the cover that brought me to that record. And the cover is telling you pretty accurately what you can expect: fantasy. Is it me or the Egyptian art is perfectly fit for progressive rock? K2 and Ash Ra Tempel find it too I heard.

If you find this record, pick it now. You'll get your money's worth. It's easy to get into and to hum later. The mood is well set for smoke machines (or other instruments) and trippy lights. The vocals are not the strongest part, but many bands like Ramses have the same problem without ruining the mood.The singer has a RPI tremolo, even in english, weird as it seems. On the very plus side, you have a ton load of good keyboard (Peter Bardens style), guitar and bass (a la Eloy). I can easily spot Pink Floyd and Camel here and there, but the Eloy factor is tangible even more. Good news!!

A pleasant surprise that could become one of your favorites fast.
Posted by Unknown at 2:48:00 AM 1 comment: