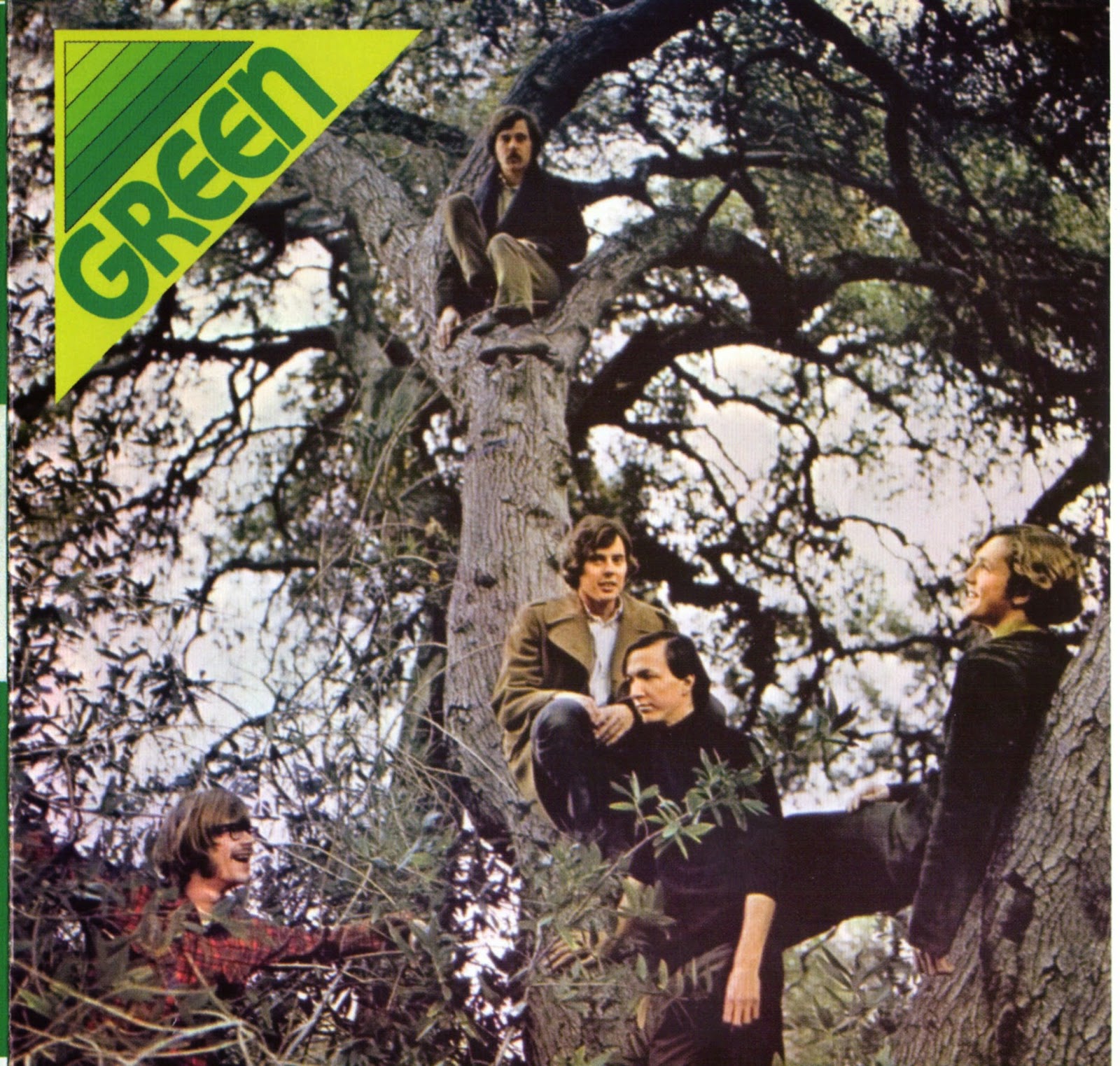 Like many bona fide lost classics, Green is still largely shrouded in mystery. It sold badly on its original release (in the spring of 1969, on Atlantic subsidiary Atco), and still hasn't received its due as one of the most imaginative psych-pop albums of the period.

Certain members were from Denton, Texas, while Richard Gardzina (now a distinguished saxophonist and flautist) hailed from Manchester, New Hampshire. The group are thought to have coalesced at North Texas State University, and recorded four songs as demos in a local studio, an acetate of which has recently surfaced (included here as bonus material). It shows them to have been a superbly tight unit well before they got to cut an album.

Their eventual debut, produced by veteran songwriter and composer Fred Darian, reflects little of the crazed psychedelia of fellow Texan musical travellers like the 13th Floor Elevators and the Golden Dawn. If anything, it's more Englishinfluenced, a taut collection of acid pop tunes set to distorted guitar and taut horn arrangements that complement, rather than swamp, the material.

Though four separate band members are credited with contributing brass to the record, selfindulgence is entirely avoided in favour of complex arrangements that consistently take unexpected turns. This means that, like many other neglected gems, the album reveals itself best on repeated listening. The songs veer from the mellow ballads Sunrise #7 and Footprints In The Snow to the hard psychedelic Green and Eastern-tinged Where Have I Been?', and - though most feature an impressive range of instruments - they are never cluttered.

Ultimately, however, the band's very breadth of talent may have damaged their chances of commercial success, for the album sank without trace. Its follow-up, 1971's To Help Somebody (also on Atco) was less focused (though still impressive in parts) and didn't sell either, prompting the band to fall apart. It is to be hoped that this first CD reissue will help to shed more light on the story behind this widely-admired LP. 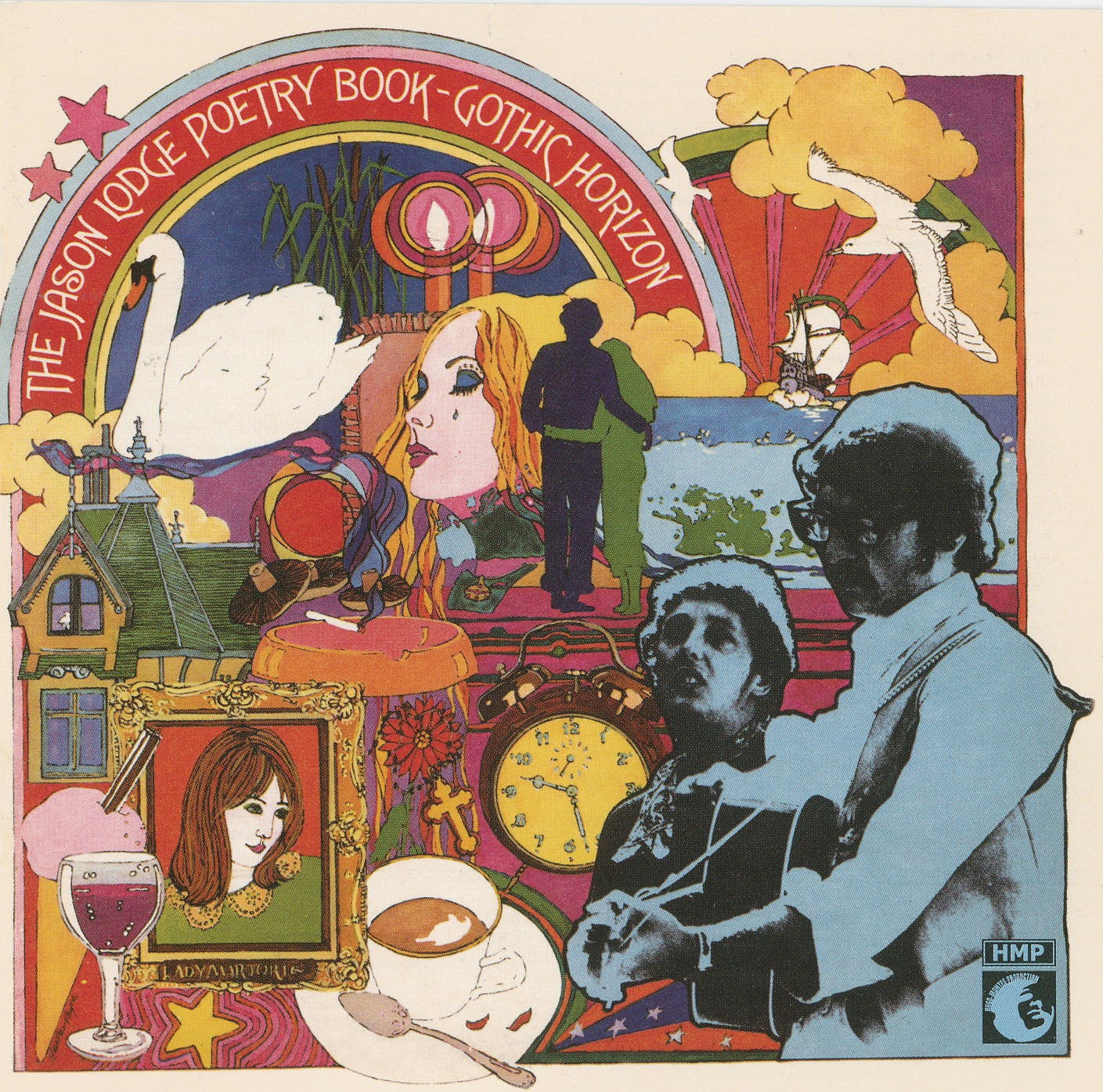 The first of the two LPs by this obscure British group offers delicate folk and folk-rock, very much grounded in acoustic guitars, though some percussion and wind instruments are also heard on some tracks. It's not colored, however, with the traditional British folk slant identified with the most well-known of the U.K. acts in the style from the period.

It's more pop-influenced than trad-influenced, emphasizing the group's high, quavering harmonies on songs that are both wistful and self-effacingly humorous. At their most serious (as on "Wilhelmina Before Sunrise"), they sound a bit like Fairport Convention did in their early pre-traditional folk-rock days (à la "Decameron").

At times, a Simon and Garfunkel influence becomes a little too obvious; "St. Valentine's Day Massacre," "Althea Williams," and especially "Pisces" can't fail to recall that celebrated duo, all the way down to Paul Simon-like bent note guitar flourishes. Just to mix things up even more, there are tunes with a somewhat vaudevillian good-time flavor, sounding a little like the Lovin' Spoonful, or Peter and Gordon in their "Lady Godiva"/"Afternoon Tea" era.

While all of these bands and duos are good ones with whom to have similarities, the usual rule when such similarities crop up applies: Gothic Horizon themselves are not as good or identifiable as any of these apparent influences. It's on the slight and mild side, but nice enough as such second-and-third-tier rarities go, often bearing something of a sunny-morning-by-the-creek feel. 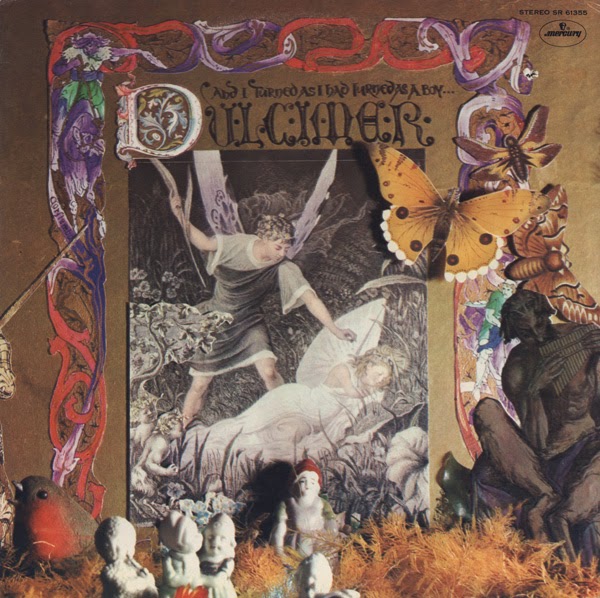 Well seriously, with a name like Dulcimer and an album cover like this one, you really should know what you’re getting into without even listening to this record. And your preformed impressions would be dead-on correct for the most part: acoustic folk, mostly languid, and full of little fantasy vignettes and a slightly bawdy tale or two. The instrumentation is stock of the trade as well with 6- and 12-string guitars and bass, but also glockenspiel, harmonica, mandolin and even a couple songs with a dulcimer. There’s even a few passages of ominous-sounding and stiff-lipped British spoken-word passages courtesy of the Richard Wood (aka Baron Holderness? Not sure. If so he is also the late Richard Wood, and a war hero to boot).

But there are enough little dalliances with humor and fantasy and the occasional charming lyrical turn or arrangement to place these guys within at least the past half-century musically. On “Ghost of the Wondering Minstrel Boy” for example, a dead lad’s spirit wanders from a Tudor manor to an Eskimo igloo in a fruitless search of someone who will trade him a spot at their warm fire in exchange for one of his tales. In the end he is seen passing through the vacuum of space past a couple of chess-playing astronauts in their ship who refuse him admittance as well. Weird stuff, delivered with soft acoustic guitar strumming and a bleating harmonica.

But much of the album is pretty much stock folk, including the staid “Gloucester City”, the mandolin- laden “Starlight”, and the lithe love ditty “Lisa’s Song”.

Most of the songs here are a scant two or three minutes, pretty much in keeping with most traditional folk music of the period. The band does manage one extended track, the eight-minute “Caravan” that features lengthy dulcimer, mandolin and glockenspiel passages and more of Sir Wood’s spoken-word baritone in the vein of Richard Burton on Jeff Wayne’s ‘War of the Worlds’ but a bit less dramatic. This is the song that gives the album its title, coming from a passage of the now aged lad in this tale of world travels who looks back from whence he came at the end of a lifelong journey. A bit corny today, but solid stuff nearly forty years ago.

I don’t know that this is much of a progressive album strictly speaking, but the band would do better on some of their subsequent recordings. This one is underdeveloped and not particularly ambitious, but then again it comes from a time when everything pretty much fit that description so accommodations have to be made for the period in which it was recorded I suppose. And extra kudos for the excellent album artwork and tastefully arranged liner notes. You don’t see that kind of attention paid to album art these days thanks to digital wizardry which can render something like this in minutes as opposed to the likely days or even weeks that were spent in creating it by hand so many years ago.