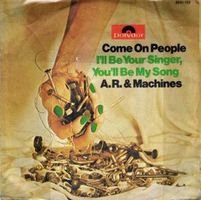 
Producer, composer and musician from Hamburg (Germany), Achim Reichel is a key figure in the explosion of krautrock. Reichel was first a founder member of "The Rattles" at the beginning of the 60's. In 1968 he formed the "Wonderland band" with the drummer Frank Dostal. Late 60's he launched his first solo musical project called A.R and the machines. Musically it provides a supreme sonic musical voyage turned to cycled psychedelic guitar playing with lot of echoes and delay. The first album was published in 1971 in collaboration with Frank Dostal. The album presents an ambitious collection of spacey rock jams featuring a lot of electronic effects and arrangements. This album prefigures "acid" trips of krautrock guitar / minimal electronic explorers like Manuel Gottsching. The guitar freakouts and the weird imagination of the first effort continue to prevail in the following inspired, confused and various Die Grune Reise, A.R. IV, Autovision (generally a mix between guitar soudscapes and psych pop orientated songs). Reichel decided to abandon the project after 5 studio albums. Today A.R and the machines remains a high class standard of hypnotic space-echo guitar inventions. 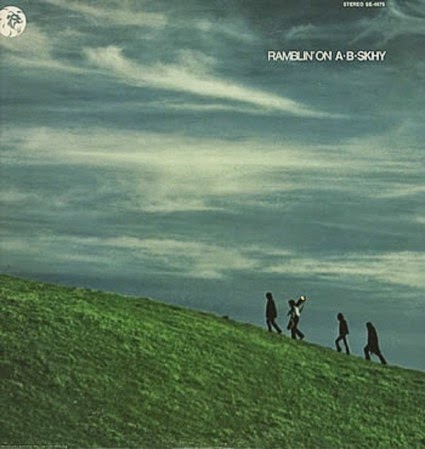 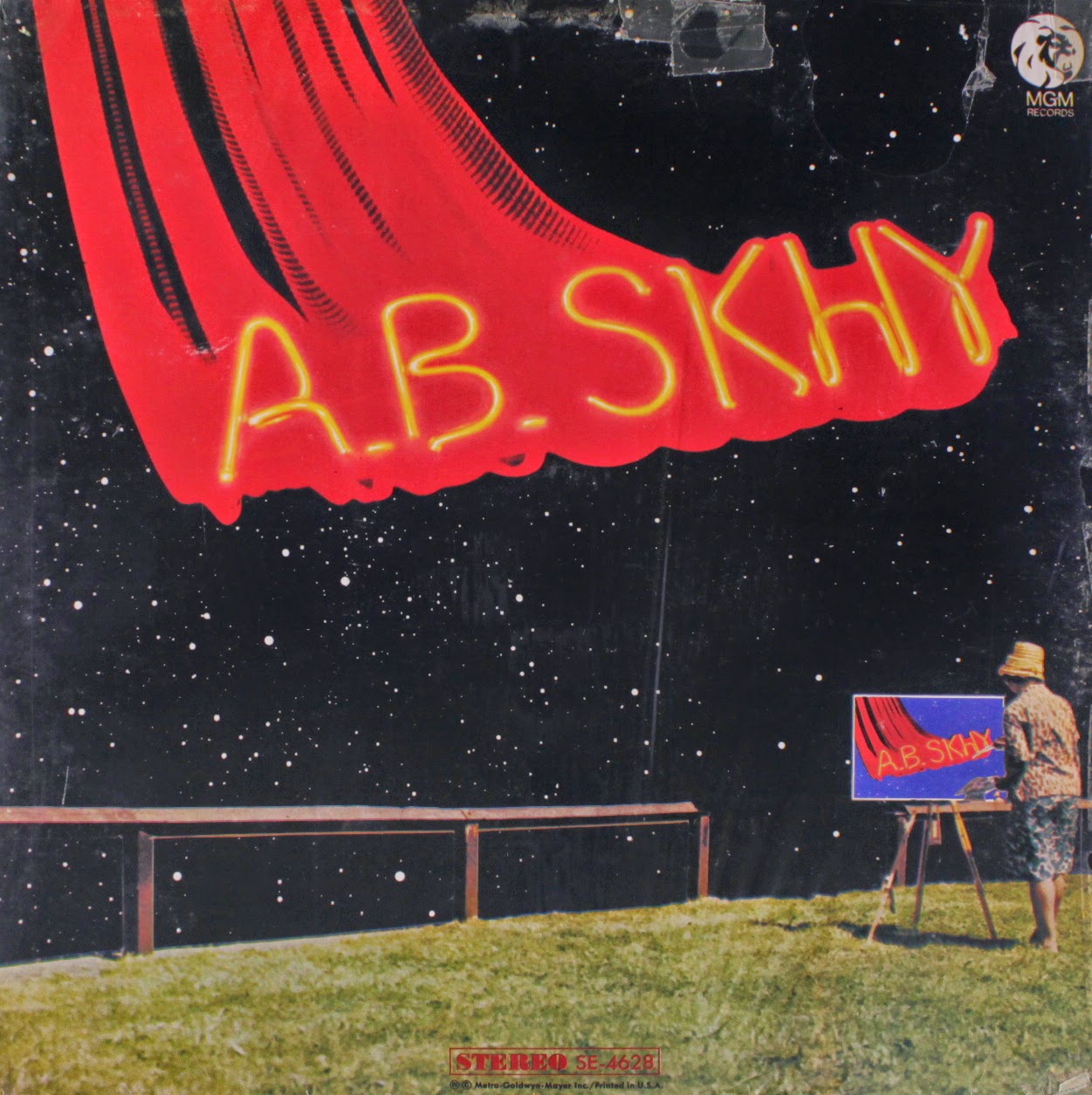 
The group, with a sad history, founded in Milwaukee in Wisconsin,little known exponents of the late-1960s psychedelic-blues genre. Originally known as The New Blues, drummer Terry Andersen, guitarist Dennis Geyer, bassist Jim Marcotte and keyboard player Howard Wales had the common sense to move themselves to San Francisco.

Working in a psych-blues vein, the quartet found a ready audience and steady work on the city's club circuit. Recorded two albums, the first was called 'AB Skhy' and left in the same 1969, and the second 'Rumblin On' was born in 1970, after which the group disbanded. Signed by MGM, the quartet's 1969 self-titled debut teamed them with producer Richard Delvy. Unlike the majority of their San Francisco brethren, "A.B. Skhy" found the band focusing on a mixture of Blood, Sweat and Tears-styled horn rock.

Both of album were written in the style of blues-rock with great influence of jazz, which is reflected in the construction of tracks and sound - a large part of the track is playing a horn section. The horns are this album were arranged by Dave Roberts, and it's evident that he knows what he's doing.

From the first blast, until the last note, they hit you and hold you. Jim Marcotte's walking bass underlies some brass riffs that'll knock your socks off. Dennis Geyer's guitar makes you want to get up an dance. Terry Anderson's drum work is solid and lays a great foundation for the rest of the band. Howard Wales makes the Hammond sing, and combines with the rest of the group to make you wish every song was longer,and it belongs in the collection of every fan of good jazz, blues  or rock.

Best of the lot were the bluesy "Understand" and the pseudo-jazzy "Of All Sad Words." Not bad performed a cover BB KING'a , completely jazz sounds which opens the album, 'You Upset Me Baby' . In the middle of a powerful sounds great jazz-rock instrumental "Camel Back",on the track even attended Dave Roberts with his copper pipes, as well as the beautiful ballad "Of All Sad Words" with a flute.

Upon their demise Cooke went on to form Cat and the Fiddle, Jaeger joined Crowfoot whilst Wales initially joined another local favourite, The Loading Zone, before working with Jerry Garcia as Howard Wales & Jerry Garcia. 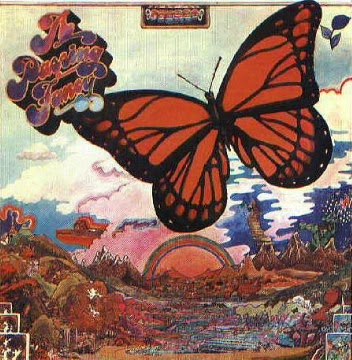 Wow, here's one where the hype doesn't do the band or their album justice.

In most cases a band typically releases a couple of tracks for a small independent label, before being discovered by a major label which then promotes them into oblivion.  Toronto's A Passing Fancy opted to do it ass-backwards.

Formed in 1967 and originally known as The Dimensions, this outfit was built around the talents of singer/guitarist Jay Tefler and bassist Fergus Hambleton.  Switching their name to the infinitely hipper 'A Passing Fancy', the group achieved their initial successes playing Toronto's club circuit, including a headlining stint at the 1967 Toronto Expo.  The resulting publicity saw them 'discovered' by Columbia Records, which subsequently released a string of four outstanding pop/psych singles:


Here's where it gets weird.  In spite of the fact all four singles hit the Canadian charts, Columbia elected not to release an album, and by mid-1968 the band were without a recording contract.  Back to the independents ...

The group signed with the small, Toronto-based Boo Records which promptly released the cleverly titled "A Passing Fancy".  Produced by John Cirvine, the album served to compile the 'A' and 'B' sides from the four earlier singles, along with four new tracks - 'Island', 'Your Trip', ' Little Boys for Little Girls' and 'Under the Bridge'.  As a compilation the album's quite diverse with the band showcasing an almost chameleon-like adaptability.  Largely penned by Tefler and April Blackwood (?), tracks such as the slashing 'I'm Losing Tonight' and 'People In Me' are first-rate garage rock.  The title track, the annoyingly catchy 'I Believe In Sunshine' and 'Island' showcase a top-40 pop feel, while 'You're Going Out of My Mind' and 'Spread Out' find the band immersed in wild psychedelics.  Frequently diversity equates to lack of focus, but in this case it simply makes a great album even better.  In fact, the only real disappointment is the bland and tame ballad 'Sounds Silly'.  Elsewhere Boo tapped 'Island' b/w 'Your Trip' for the group's fifth and final single (Boo catalog number 684).  Unfortunately, as a small regional label Boo was unable to support the album nationally (explaining why it's relatively rare and the asking price), and even though the LP generated strong reviews, by the end of the year the band had called it quits.

In case anyone's interested, Hambleton went on to enjoy local recognition as a member of the Toronto-based reggae band The Sattalites.

Email ThisBlogThis!Share to TwitterShare to FacebookShare to Pinterest
Labels: A Passing Fancy, Canada 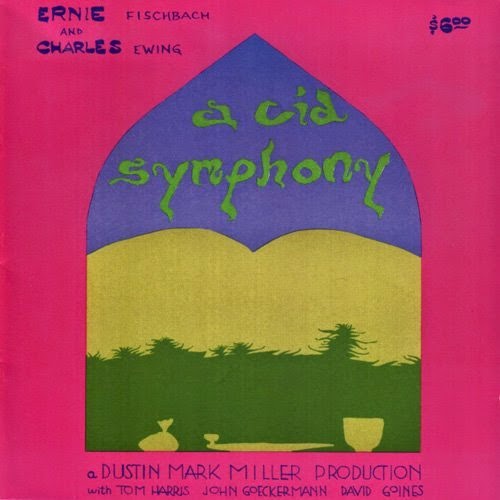 
So what's the story behind this rare epic three album set?

1966 found Charles Ewing and Ernest Fischbach grad students studying anthropology at The University of California, Long Beach State.  The two classmates discovered a mutual fondness for Indian music and began jamming together, eventually playing at friends homes, student gatherings; basically anyplace they could get folks to listen to them.  They also decided to drop out of their anthropology program and instead to focus on music by enrolling in Berkeley where they could study Indian music at the Ali Akbar Khan College of Music.  Fischbach invited his new wife Deborah Cleall to join the group.  She accepted taking up the tamboura.

In Berkeley the trio hooked up with Dustin Mark Miller. Miller was attending  the University of California at Berkeley, where he'd become involved in the school's free speech movement.  Miller had known Ewing since childhood. The two parties quickly discovered common musical ground and as the A Cid Symphony began experimenting with a unique blend of  Eastern and Western musical genres.  Their performances began to attract media attention and following a write-up in the Los Angeles Times, the four decided to head for San Francisco.  Once in San Francisco they met music columnist Ralph Gleason who introduced them to Fantasy Records executive Max Weiss.  Intrigued by their bizarre fusion of styles, Weiss gave the group access to Fantasy's studio, where they began recording their debut.

So here's the important part ... what's "A-Cid Symphony" sound like?  Well I'll be real clear and tell you it ain't rock and roll.  What you get are six sides of acoustic instrumentals that blend Eastern and Western instruments (dulcimer, guitar, sarod, sitar) and cultural genres (country, blues, flamenco, jazz, folk-psych and raga). There's nothing terribly wrong with the results, which have a certain quiet dignity and are occasionally quite impressive given they sound like improvisational pieces.  Anyone who enjoys material such as "Magic Carpet" or post-Mighty Baby "Habibiya" will almost certainly find this collection engaging.  That said, trying to sit through all three LPs in a single sitting can be a trying experience.

The original issue was limited to 1,000 copies and was pressed on colored vinyl; one record pressed in yellow, one in purple and one in green.  They were accompanied by separate printed inner sleeves featuring pictures of the band.  The packaged lacked a traditional outer sleeve, rather featured a pinkish cardboard front cover which was in turn packaged in an open-top polyethylene bag.

The group played throughout California, including the Monterey Pop Festival (they played off stage on the festival grounds), and San Francisco's The Human Be In, but never recorded a follow-up.  The Fischbachs subsequently joined Bob Thomas' ethnic folk band The Golden Toad and have recorded with various outfits over the ensuing years.