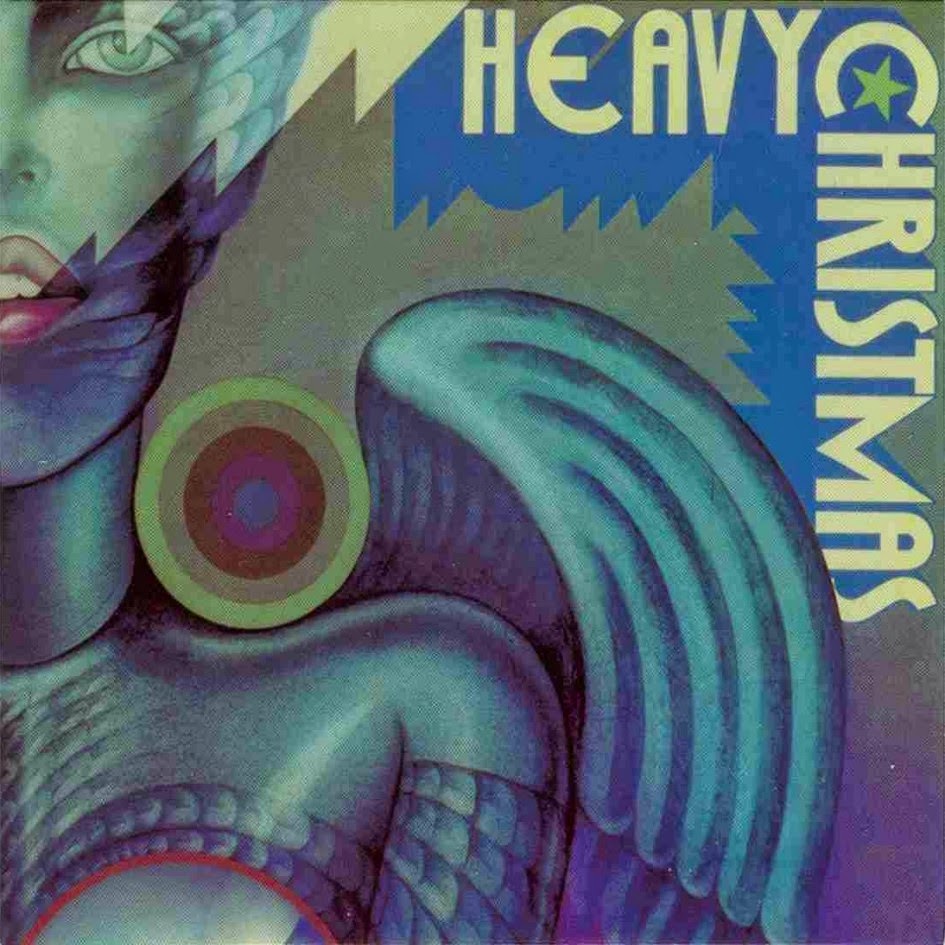 One of the odder relics of the Krautrock heyday of the early '70s, Heavy Christmas found itself reissued in 1997 as part of the overall revival of the said sound. Originally released in 1971, it featured both new and traditional Christmas songs interpreted by seven different acts, most of whom contribute two tracks each. None of the featured acts are among the upper tier of Krautrock acts -- and it would have been quite something to hear the likes of Can, Kraftwerk, and Guru Guru do Christmas songs! -- but the end results have their high points. If any bands would be points of inspiration, Amon Duul II and Faust would probably be them; most of the acts here have the nutty playfulness of the first, touched here and there by the sheer cut-up chaos of the second. Compared to both, though, groups like Libido and Virus are much more straightforward. Libido itself gets in two of the representative songs: "Evolution," starting with a weird, ragged chorus and getting in some heavy drum slams and crazed guitar wah-wah action; and the rockin' good times of "Come on Everybody," apparently the album's single. Virus has its own fine winner, "X-Mas Submarine," with a stuttering keyboard line and fantastic guitar soloing its high points. Joy Unlimited's contribution is a doozy, a lengthy number called "All Heaven and Earth Are Silent" which sounds like a mix of stoner folk, pomp-rock instrumentals, and a strung-out Up With People. In perhaps the most entertaining trip-out, Dies Irae rips through an instrumental version of "Silent Night" with a snarling electric guitar taking the totally unlikely lead, alternating between full propulsion and calmer moments. Solo act Marcel delivers "God Rest Ye Merry Gentlemen" with a nicely airy vocal, while his backing musicians crank the amps and add violin to boot.

There's a couple of fun tracks from "Libido", a band seemingly created for this set that consisted of Achim Reichel (guitar, vocals) and Frank Dostal (vocals) who were also in "A.R. & Machines" and earlier, The Rattles. You can hear a bit of their spacey guitars at the end of "Evolution" that is reminiscent of  A.R. & Machines. Flute & Voice were the duo of Hans "Flute" Reffert (guitar, flute) and Hans Brandeis (sitar, guitar, vocals).  The rest is all of high quality and you can't go wrong with the likes of strong tracks from Joy Unlimited and the pipes of Joy Fleming, Marcel, Virus and Dies Irea's brutal version of "Silent Night" (yes you read that correctly).
Heavy Christmas indeed.

I just got this one in a couple of days ago (Big thanks to Afterthesabbath for reminding me of this one... and yes I copied most of the above from their excellent site), A Couple of weeks ago I got some extra shekels from my German father in law as a birthday present so I decided to finally go and get this album. Which I can tell you is not a cheap one to get, neither the original version or the 1997 re-release. But now I finally can put that old cassette form the early 80's to rest (It still sounded better than the 192 kbp rip doing the rounds). Well enjoy a heavy Christmas and see you all in a couple of days!