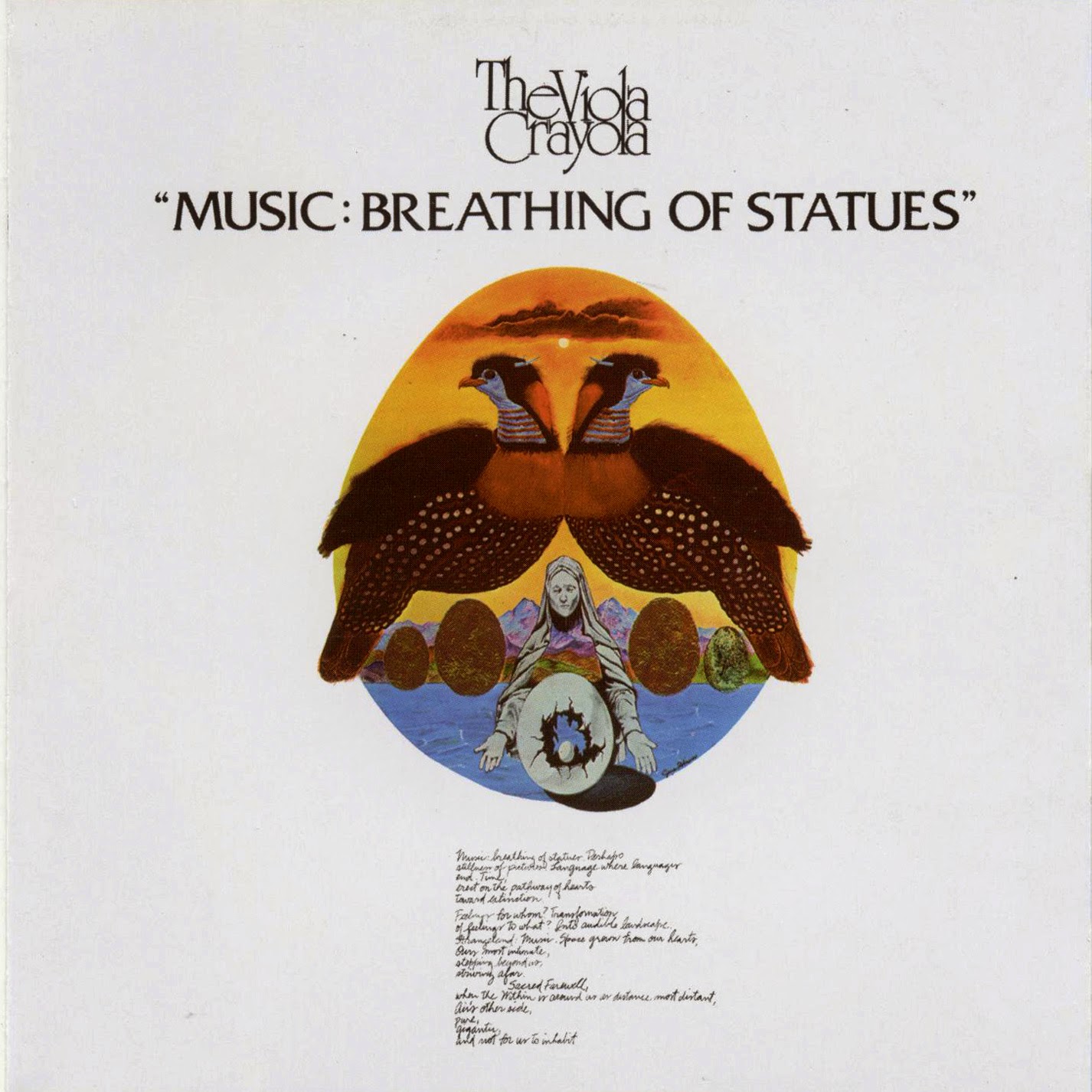 The Viola Crayola  was a Texan band fronted by the VIOLA brothers, Anthony on the guitar and Ron on drums, joined by the bassist Bill JOLLY. The bright future of the band was unfortunately sealed by the death of very talented Anthony VIOLA in a car accident in San Antonio in late 1974. Before his tragedy, the band recorded their only LP in first three days of October in 1974, a short (29 minutes) album and besides a Frank ZAPPA influenced number, completely instrumental jazz fusion record which shows off all the talents of this trio, especially creativity and technical playing by the late Anthony VIOLA. Even though the album sometimes gives the impression of a jam feel, the back cover illustrates with note sheets on how the music is actually carefully structured and composed. Dedicated to Mama Viola, the LP was originally released in 1974 on a obscure label Fautna and waited for more than 30 years to be found as a lost gem and then released on an audio CD on Radioactive label in 2005. The record itself was titled after the poem Music Breathing Of Statues by Rainer Maria RILKE.

Burning hot fusion disc with wild wah-wah action and some heavy riffing.  Much like The Electromagnets, another mind-blowing fusion group from Texas in the mid 70s, the Mahavishnu Orchestra influence is obvious, but this is not as not as monumental as that somewhat less obscure group and the stripped-down power trio sound is quite different than their orchestral guitar and keyboard sound. Highly recommended to anyone into early Larry Coryell, Kazumi Watanabe, and early 70s fusion in general.

There's one short track at the end with goofy Zappaesque lyrics and processed vocals and it's not cheesy; it's brilliant. It's heads-down, no-nonsense instrumental immersion bliss otherwise.

Not a lot of info on this one, but here's the Forced Exposure blurb for the reissue: "A real stunner of an album from Texan band Viola Crayola. Fronted by the Viola brothers, Tony and Ron, the group, whose music is often described as hard guitar prog-psych, looked destined for success until the untimely death of Tony in a auto-train crash in San Antonio, Texas in 1974. Music: Breathing Of Statues is the brother's only known recording, and what a record it is, with its wild prog instrumental power-trio vibe and a strong jazzy fusion sound running throughout. The album, which was recorded in New York in 1974 and released the same year, appeared on the Fautna label, a label so obscure that it doesn't seem to have existed at all.

Email ThisBlogThis!Share to TwitterShare to FacebookShare to Pinterest
Labels: The Viola Crayola, USA