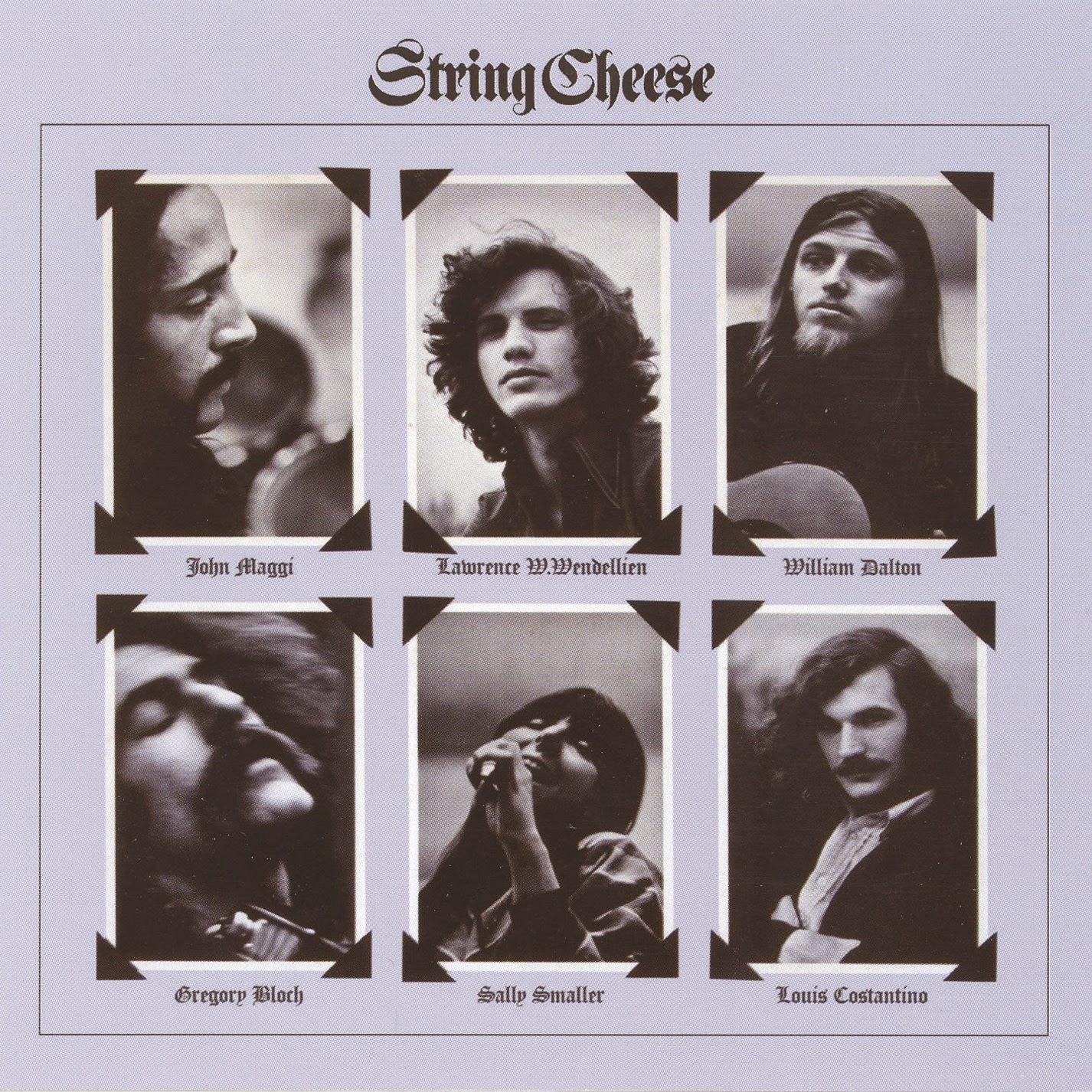 I must admit having never heard of these guys until recently. I came across them in a roundabout fashion after picking up an original vinyl copy of the ‘It’s A Beautiful Day…Today’ album at a small used record shop while visiting upstate New York. Turns out that album isn’t very good since it is the only IABD album that does not include founder/violinist David LaFlamme, who was briefly out of the lineup due to a dispute over royalty payments. Instead, the group added Greg Bloch to play electric violin, although for some reason despite being listed in the album credits, he is the only band member whose picture is not included on either the cover nor the inside liner. Bloch would become more well-known after appearing on PFM’s ‘Jet Lag’ disc later in the decade, but at the time he was pretty much unknown.

Turns out he had done a bit of recording before his stint with IABD though; in fact, his band String Cheese was the first marquee act for the Chicago-based label Wooden Nickel, which would become more well-known as the label that signed (and then lost) another Chicago-based band – Styx. String Cheese also featured drummer John Maggi, who a year earlier had recorded an album with the band Iowa By The Sea, a group that also featured a young Michael Wood enroute to his commercially successful career as a replacement guitarist for the soft rock band America.

So that’s the historical background for the band. I learned this while seeking the album out of curiosity after the ‘It’s A Beautiful Day…Today’ disc failed to capture my interest. I have to say that his record is quite a bit more progressive and interesting than that one as well. The music is very period-appropriate, meaning the songs are full of somewhat naïvely earnest vocals, extended keyboard forays of all sorts, and faux spiritual psychedelic leanings. Then again I like all of those things, so for me this is a pretty easy album to get into.

The strongest assets of the band are easily Bloch’s electric violin paying and Sally Smaller’s vocals. Bloch isn’t quite a virtuoso (there are the occasional slightly off-notes and a few awkward interactions with the guitarist, mostly toward the end of the record), but he’s pretty darn close for the most part. Smaller has one of those early seventies gorgeous contemporary folk voices with just enough bite to it that the listener is left with a distinct impression she spun a few Big Brother, Jefferson Airplane, Babe Ruth and Mama Lion albums for inspiration back in the day. And speaking of Babe Ruth, the brief hard rock number “We Share” sounds a bit like that band, while the rest of the songs are much more folk-oriented. Guitarist Larry Wendelken harmonizes on vocals quite a bit as well, so there is some depth and range to the singing that sets them somewhat apart from bands like most of those mentioned above.

I lived in Chicago for several years back in the eighties, and I have to say there is a distinct, easy sound in this band that seems to be present in an awful lot of bands from that city. I’m not sure why – perhaps the influence of urban blues that permeates the music scene in the city and lower south side. Or maybe it’s just that Midwest mood that seem much more grounded than the heavier psych and drug-addled sounds that emanated from the heart of San Francisco around the same time.

Most of the tunes here are rather short, with only the jam-session “Empty Streets” exceeding six minutes. “Soul of Man” runs a little over five minutes, but this one is quite tepid, laconic and steeped in folk meandering. Bloch’s violin is particularly dark and poignant on this song. I’m a Kansas fanboy as well, and his playing here and on “Woke up this Morning” remind me an awful lot of the more mature and measured playing Robbie Steinhardt did on that band’s twilight release “Somewhere to Elsewhere”. That’s a strong compliment, by the way.

The closing instrumental “Coming” shows what the band was capable of in terms of complex arrangements and solid interplay between their keyboards, 12-string guitar, violin and even a little sitar. Given good promotion and a little luck I can easily see how they could have had an extended run with perhaps two or three more albums. But alas, despite releases of this album in North America and Europe in 1971-1972 the record and the band failed to launch, and they would disband before 1972 ran out. Bloch went on to It’s a Beautiful Day and later did some studio work in addition to recording and touring with PFM. Wendelken ended up doing engineering and production work in the film industry. I’ve no idea what happened to the rest of the group.

Not a lost masterpiece, String Cheese’s sole release is a very decent period work from the early seventies that gives fans of this type of music a little variation from the Haight-Ashbury sound while still managing to remain just inside the lines of late psych folk. A high three stars and recommended to prog folk and mellow psych fans with a few dollars to spare.