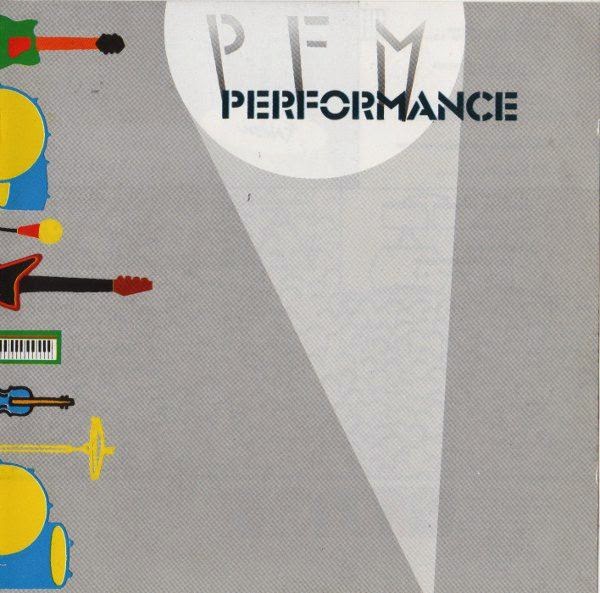 Album recorded "live" in Florence on 24th of July 1981, "Performance" was originally released as a double album and now it's available on a single CD. In "Performance" most of the tracks are taken from the albums "Suonare suonare" (1980) and "Come ti va in riva alla città" (1981), but here the songs are dilated and improved if compared to the studio versions. This album is not exactly a "progressive" one, but the members of band seem to enjoy their music and their musicianship is still astounding. Franz Di Cioccio tries to "reinvent" his role in the band, acting as a "frontman", so there's a second drummer in the line up, Walter Calloni. The result is good, the music is full of energy and you can "feel" the interaction between the band and the public. All the musicians have some space to show their skills and sometimes they give a title to their "solos and improvisations" (for instance "Vai Zivas" is the bass solo included in "Quartiere otto", "Lory" is a kind of "guitar intro" to "Suonare suonare", "Violino performance" is the "solo moment" of Lucio Fabbri.).

Interesting the live versions of the only two tracks of the early seventies included in this album: "Il banchetto" here is re-arranged with a curious rock feeling and with a great guitar work (at a certain point, it's like if they would have tried to insert The Knack's "My Sharona" rhythm inside that old masterpiece. the result is weird but not bad at all!), while "Celebration" is dilated to let Franz Di Cioccio interact with the public (the result here is not memorable, though perhaps interesting for the fans)

In the whole a good album, although not an essential one in a prog collection.