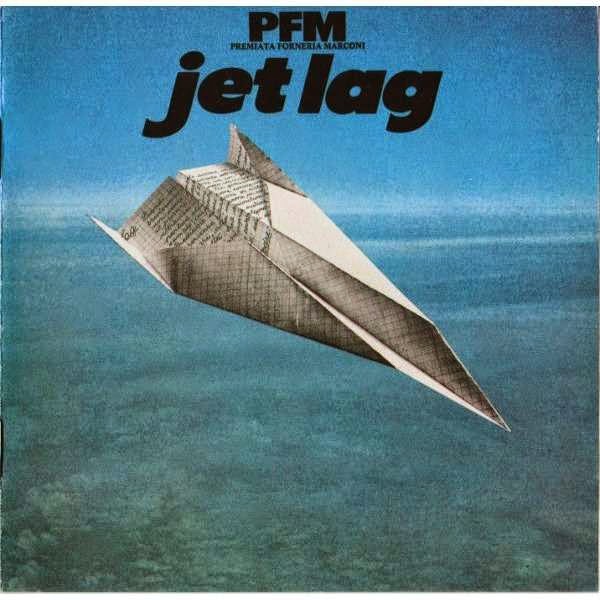 The title track "Jet Lag" is one of those elusive pieces of music i have been looking out for since i heard it on a Prog radio show back in 1977. This amazing piece had always stuck in my mind, though i had forgotten what it was called, i waited all this time until i managed to get an idea from PA listings of what it actually was, i bought a copy of the LP some weeks ago - and there it was just as i remembered it, the vocals very similar to Roger Chapman in places, the jazz-rock style playing, the catchy hook in the main theme all came back to me.

Side one begins with the instrumental track "Peninsular", delightful acoustic guitar piece though rather short, an unusual start to an album. The aforementioned "Jet Lag" is the longest track on the album at nine minutes, and is followed by "Storia in LA", a relaxing instrumental piece featuring what sounds like some beautiful flute playing (could be that mysterious "Pari" organ?) , followed by an electric violin solo, backed by fretless bass. "Breakin' In" ups the tempo, with electric violin, guitar and keyboards with the aforementioned gravelly vocals from Bernardo Lanzetti.

"Cerco la Lingua" starts off Side two with a beautiful violin solo, reminiscent of an Irish gypsy folk tune, accompanied by tambourine before the drums and electric guitar and keyboards kick in, that fretless bass is very prominent here, the singer is singing in Italian on this lively track which has an interesting mix of styles and intruments! "Meridani" drifts in with an interesting guitar solo backed by drums and bass, almost a blues-style jam in places, a very enjoyable piece! I would have liked to see them play this live.The next track "Left-handed Theory" is a very Jazzy-style piece featuring keyboards, a violin solo and again Chapman-style vocals, which is followed by the last track "Traveller", which has a very catchy theme and bass line running through it, interspersed by vocals and a winding guitar solo, and acoustic guitar. The "Family" comparison is really startling on this track, that is not to say the music is detracted by this, quite the opposite - i have hardly heard any other albums by "PFM" but i am extremely impressed by the sophisticated musicianship on this album - i gather this album is something of a departure from their usual style, but i shall be investigating their others with interest - an excellent addition to any Prog collection!