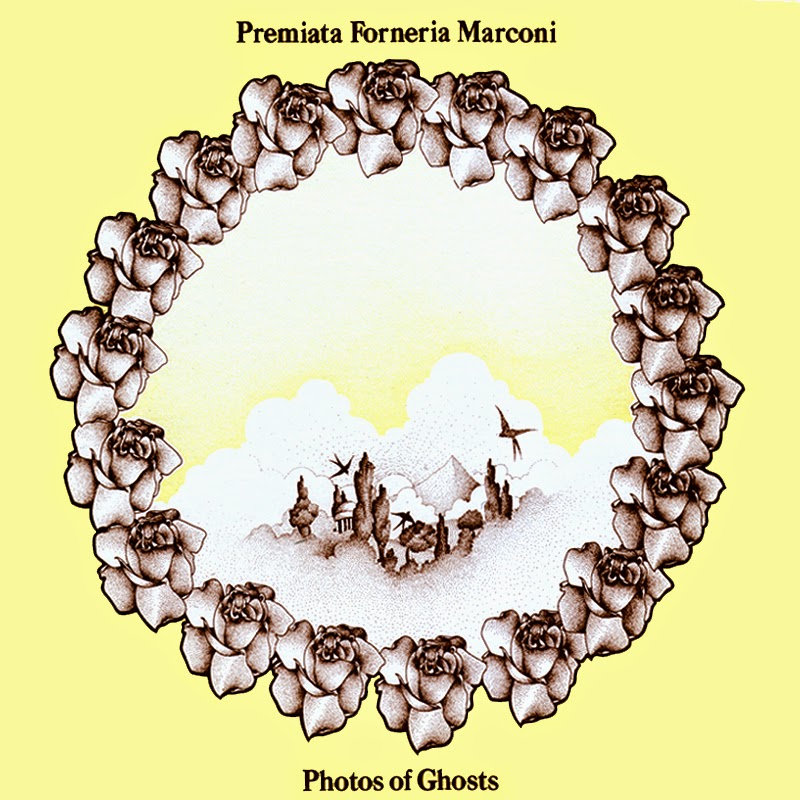 The tracks on "Photos Of Ghosts" were remixed by Pete Sinfield and are not absolutely identical to the original Italian albums. And neither are the English lyrics translations of the original Italian lyrics: Sinfield imposed his own poetic lyrics. Many people do not like the heavy Italian accent in the English vocals on this album, and I do admit they do stand out at times, but I can honestly say they have never bothered me. And neither do the altered lyrics. I have lost count of the number of reviews that I have read over the years that in essence stated "Forget Photos Of Ghosts, it's awful; the original albums are much better." Well, all I can say is that I have both versions and I like them both. For example I like the clap of thunder that Sinfield added at the end of 'Appena Un Po' ' ('River Of Life'); I like his remix of 'È Festa' ('Celebration'); I like the corny lyrics on top of 'Generale!' ('Mr 9 'till 5'); I like the whole darn lot! There, after all these years I've finally got it off my chest!

Now, for those of you who don't know the band's music, PFM were (strictly speaking, "are") one of the most melodious Progressive Rock bands I know. The tracks on their early albums are sophisticated: full of changes of melody, tempo and mood, and the music (on the early albums) includes classical influences (I hear baroque, or perhaps even earlier) and Italian country tunes. The band were experts at melding acoustic guitar, flute, synth, Mellotron, organ, bass, drums and violin - amongst other instruments. Sometimes the music is acoustic and mellow, at other times it is grandiose and pure symphonic Progressive Rock. Their musicianship is second to none, and they were masters at using the acoustic guitar, flute and piano to great effect.

How should I advise you regarding this album vis-à-vis "Per Un Amico"? If you don't have any PFM albums and want to experience only one, then get "Per Un Amico". But the trouble is, you shouldn't stop there because you must hear 'È Festa' ('Celebration'), so you'll have to get "Storia Di Un Minuto", which has other excellent tracks not on "Photos Of Ghosts". But if you see "Photos Of Ghosts" and feel the impulse, go ahead and get it - it's no dud.

Now, with regard to my star-rating of this album, I'm going to give it only 4 stars (excellent addition to any prog rock collection) simply because the material is available on the original albums (well, except for 'Old Rain', which I believe was the flip side of the 'Celebration' single and is pleasant enough but no masterpiece in itself).