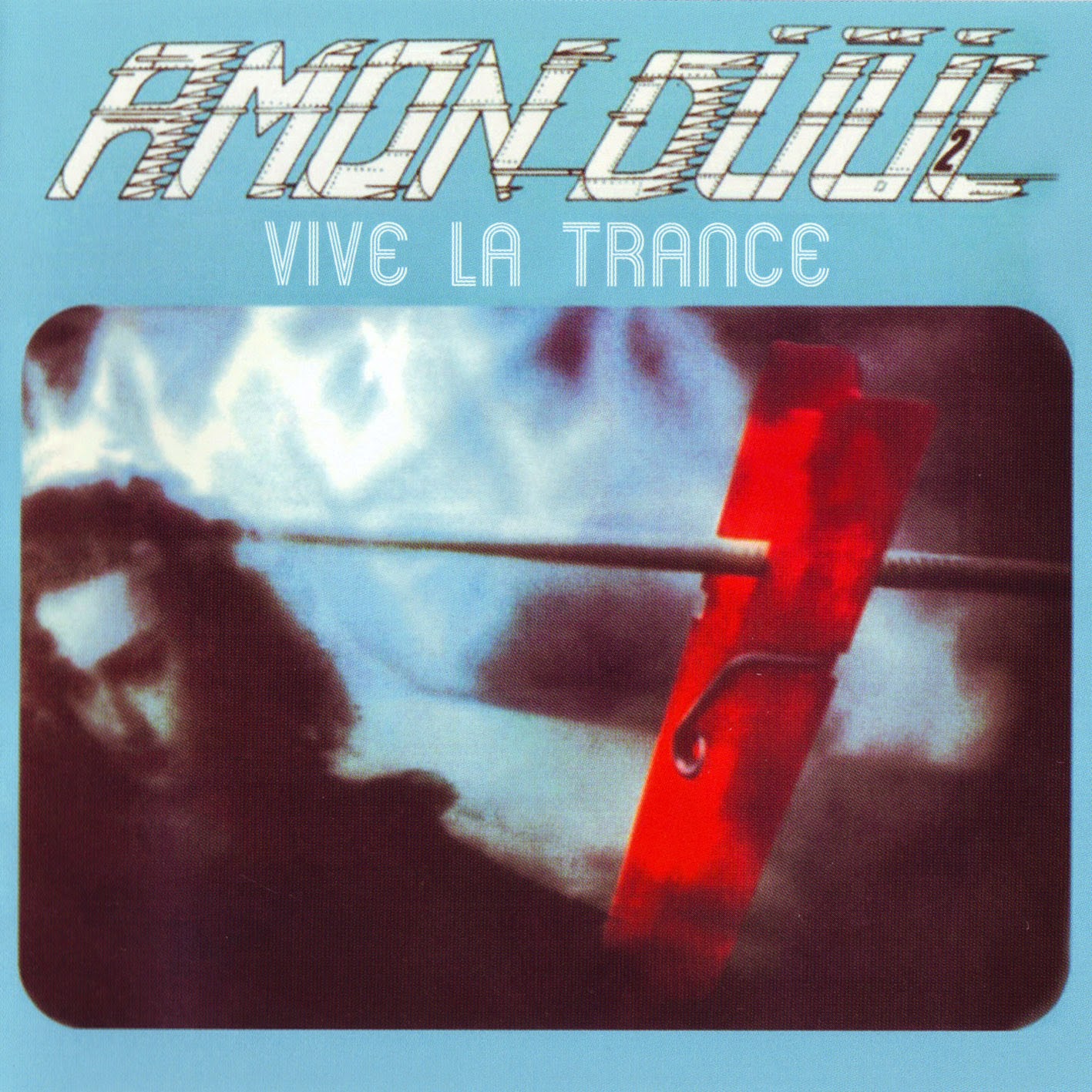 
What more could anyone want? Seriously though, I was somewhat put off by Amon Duul in one period of my youth, wondering how anyone could enjoy all this absurdist stoner nonsense that friends of mine claimed was great rock. As with Zappa, Gong, Syd, or Lydia Lunch, I just had reservations about certain artists who would inject too much insanity or absurdity into their music. Well I eventually awoke from my stupor and lightened up with some of it at least, although sometimes Gong can still irritate me first thing in the morning. German counterculture freak-rock veterans Amon Duul 2 released this boisterous album at the end of what many fans consider their peak. It is not their most representative nor their most daring work but deserves attention for the things it does get right rather than being written off for not being their masterpiece. There is still much here to fly your freak flag above.

Web reviewer The Seth Man from Head Heritage sums up nicely by noting "it was very odd indeed that no less a band from West Germany would be getting in on the act of tarting up and showcasing their own insane take on current trends through the well-honed and well-horned guitar-based moves of glam rock as it smacked straight up against their remaining acid-anarchic flashbacks. But then again, Amon Düül II were a freewheelin', expressive band that were too crazy to give up the ghost just yet and "Vive La Trance" was their very last stand of freakery (a particular department that the original Düül Eins were responsible for starting way back in '68.) Tenacious enough to sustain continual personnel transfers while assimilating a variety of contemporary fads while collecting it into an LP where they dished out one hella cannibalized assemblage of progressive rock, ballads, acid rock and even reggae and pre-punk moves as it hurtled recklessly through that air-locked, numbing corridor of mid-seventies stasis already on the rise. And while "Vive La Trance" is a stylistic mess, it was an enthusiastic one perfectly rendered into a robust offering." [The Seth Man]

"A Morning Excuse" starts off strong with a colorful rocker with nice wah-wah and smart-aleck lyrics. During the chorus they throw some violin over it for nice effect. "Fly United" recalls the Airplane with male/female shared vocals and plenty of hippie rock guitar especially in the wailing closing solo. "Jalousi" gets really interesting with the captivating Renate Krotenschwanz-Knaup delivering a simply delicious vocal over wonderful piano melody-Ken Levine pegged this well wondering if Kate Bush heard this, compare this track to...perhaps "In the Warm Room" from Lionheart and see if you recognize the resemblance. In any case it's a great song with a memorable vocal. "Im Krater Bluhn Wieder Die Baume" is a nice mixture of keys, bass, and acoustic guitar in a majestic feel eventually adding some lead electric licks over the top. "Mozambique" is the heaviest piece both musically and thematically. There is a long intro with bongos and rhythmic vocals. Then the band shifts to some very heavy jamming passages accompanied by angry vocals dealing with violence and oppression. The track drags too much in my opinion with not enough of interest to sustain the repetitive fuzzed-out "Freebird" ending but the first half is great. "Apocalyptic Bore" starts by unleashing a spoken narration to harsh your buzz but soon slips into a trippy folk-rocker as comfortable as your old slippers with crisp drumming and bass, acoustic strumming and more acid-rock leads. "Dr." is similar to the last track but a notch more aggressive with some nice drum fills by Peter Leopold. "Trap" is a delightfully upbeat pop song with Bowie overtones and perhaps a bit of the pre-punk feel mentioned by The Seth Man above. Renate's playful vocal gels well with the punchy play of the dual guitars and rhythm section. "Pig Man" is an outright country blues rocker that could be considered Beatleish or West Coast, not sure who their influence was, but with some raunchy sax thrown on top just to mess things up. "Manana" is a lightweight throwaway pop track but has some nice warbled guitar at the end. "Ladies Mimikry" finishes on a strong note with rather tense waves of violin, voice, and sax joining the guitars and no-frills rhythms to produce a trance like effect, perhaps a clever nod to the album's title.

"Vive La Trance" is actually a pretty solid album. It gets knocked around a bit for embracing traditional song structures and perhaps appealing to straights but there's nothing inherently wrong with that. It's not uncommon for bands that spent several albums reaching for the hallucinogenic cosmos to take a break and make a more straight-forward rock album. (Not that this is really "straightforward" for anyone but AD!) The question is how well they balance their unique band character with the new approach. I think Amon Duul have succeeded reasonably well in delivering and album that still contains a bit of mind haze, rocks when it needs to, and even embraces some accessible pop music moments. It's not a masterpiece to these ears but I have to say it is thoroughly enjoyable whether you choose to get "inspired" or not. Just remember, don't take any a-bomb from the dude wearing a Lion costume