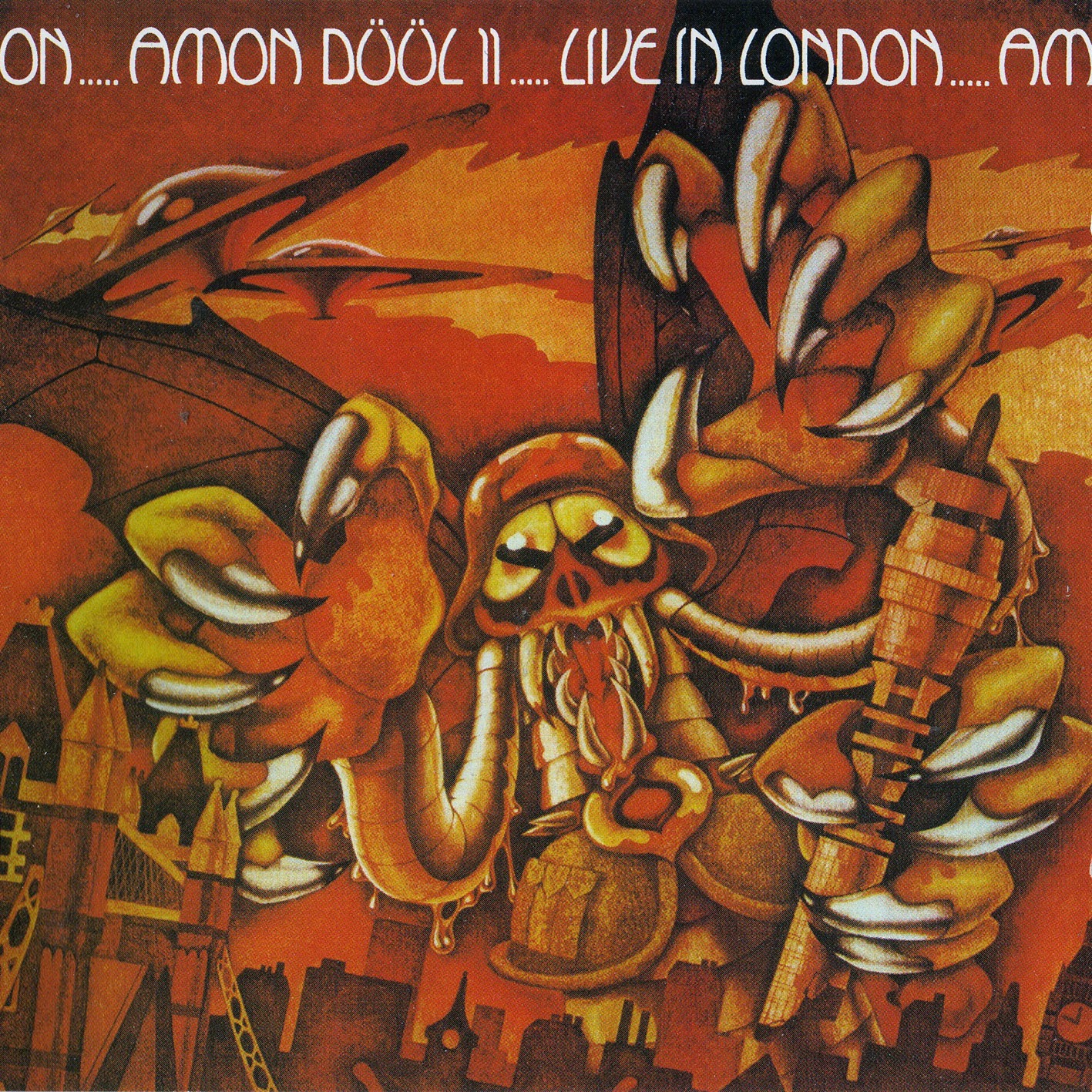 "Live in London" by Amon Duul II was a budget priced album released in 1973, and costing less than a pound (full priced albums around then were about 3 pounds). Unlike a lot of the others, "Live in London" was actually good. The recording quality is not that great, but the quality of the music does come through well. Starting with the blistering "Archangels Thunderbird", reminiscent of Led Zeppelin's "Immigrant song", the casual listener's attention is immediately caught. Renate Knaup-Krotenschwanz's (love the name!) vocals are something of an acquired taste, sounding a bit like Jon Anderson on helium, but instrumentally the band are tight, and entertaining. The vibrato effect is overdone at times, and can become a bit irritating. I suspect some of the audience at the gig must have had tinnitus for days afterwards.

"Improvisation", which closes side one, finds the band suddenly in full Tangerine Dream mode. Presumably the rest of the band had a comfort break while Falk-U Rogner (is that his real name!?) dabbled with his keyboard effects.

The track titles on side 2 are as entertaining as the music. "A short stop at the Transylvanian brain surgery" and "Dehypnotised toothpaste" give an idea of numerous titles to chose from (13 in all!). The final track, "Race from here to your ears" is a lovely, almost ballad track which builds to a storming climax reminiscent of Uriah Heep's live "Circle of hands" ending, and complementing beautifully the opening "Archangels thunderbird".

The album sold well in the UK almost due entirely to the price, but those who bought it must have been impressed by the musicianship and originality on show. Perhaps however the music was not quite accessible enough to tempt the new and inquisitive audience to buy the band's subsequent releases in any great numbers. An album very much of it's time, but enjoyable anyway.