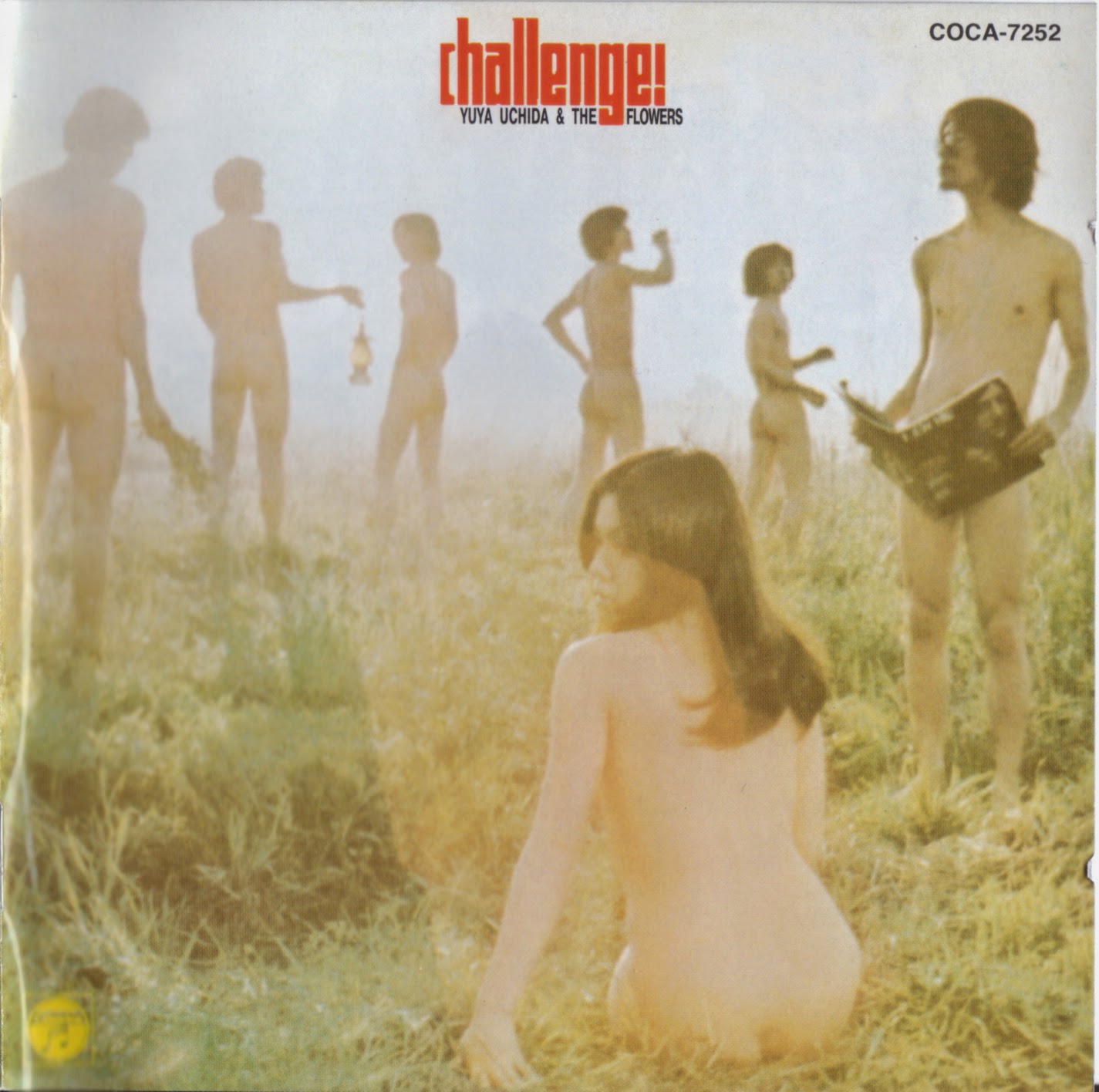 
Following his self-imposed exile in Britain, soon-to-be FTB leader Yuya Utchida embarked on the task of creating a hand-picked band in the hope of achieving a home-grown outfit to rival groups he’d been listening to in London. Legendary guitarist Hideki Ishima was his first recruit, followed by steel guitarist Katshiko Kobayashiand then the bravest move of all, the beautiful vocalist Remi Aso was asked to front the band, now named The Flowers. The band’s  debut LP completely changed the Japanese musical scene, featuring as it did, hard covers of Big Brother, Cream and Airplane songs, and it’s ground-breaking cover, featuring the band’s members, including Miss Aso, naked in a cornfield, changed the musical landscape for ever