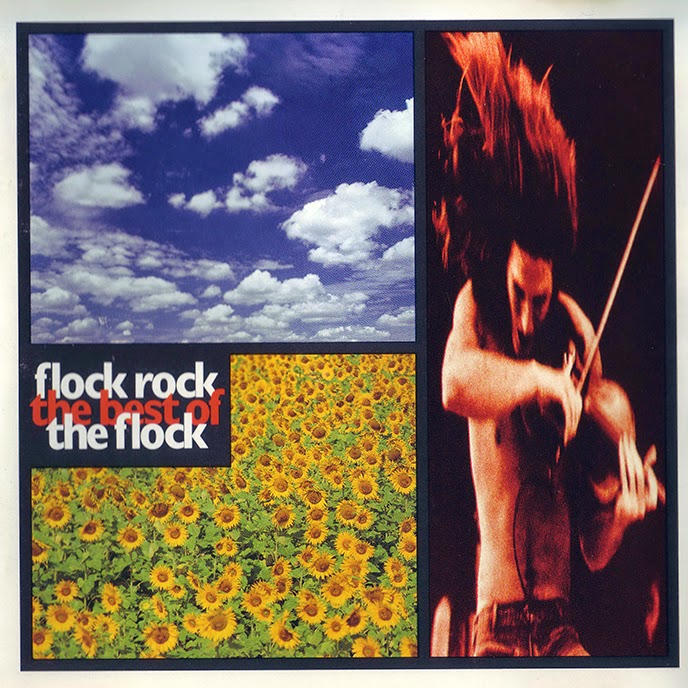 This is a sort of compilation, containing the shorter tracks of both The Flock albums, plus unreleased songs from the album's respective sessions plus a few that were originally foreseen for the group's third album, which never saw the light of day. No-one except blues purists will criticize the label for not selecting the 15- mins Truth track, because of limited space, but lack real interest as well. The unreleased track from their debut album's session track coming comes after the debut album's first side (the flipside being completely ignored) and came out as a single between the two album's releases. From the same session comes Lollipops track that sounds quite different, Eastern European-feeling with a jazzy bass and a rarer flute (as opposed to the sax).

Then pacing through a big part of Dinosaur Swamps, the group's follow-up album, some of the most- representative tracks. The last four tracks of this compilation album being from a Dec 70 session that was to be the group's third album, which would never see the day until this "best of". But if these previously unreleased tracks are to be representative of their third album, then it's a real shame TF broke up, because they were finally about to make a real worthy album for its PA inclusion. Most likely this would've been a live album, named Flock Rock, the name of this compilation and the recordings do not have the same quality as the studio stuff, these being slightly muddy. The short Chanja seems to be an outtake from a killer blues track and features some excellent jazzy jammy moments. Atlantians Trucking Home has the same jam feeling, this time the group having a slight Allman Bros Band, especially on the double guitars (Goodman and Glickstein) with Webb's flute getting some cool licks in. Afrika is yet another jam good jam where the brass section pulls some excellent call and responses. Closing up this "third album" session is the superb Just Do It, with a Coltrane swing, mostly induced by Glichstein's piano, evidently inspired on the awesome McCoy Tyner and as you could guess Canoff and Gerber's sax lines.