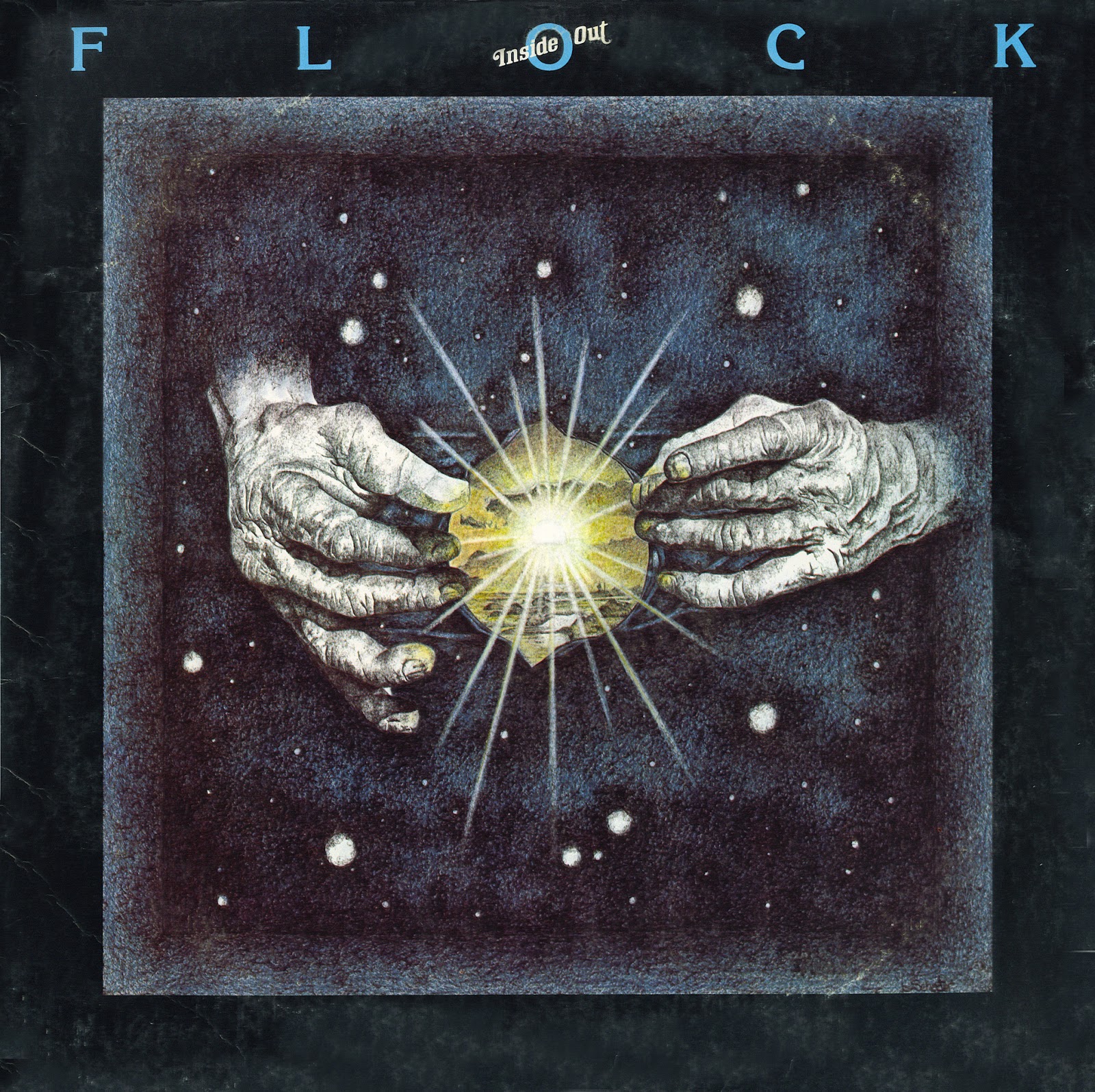 
Jerry Goodman had been plucked away by Columbia Records to join Mahavishnu Orchestra after the Flock's second album, leading to the group dissolving and being dropped by the label. Too bad, because the promise showed on those first two records would never be completely realized thanks to the creative vacuum left in the wake of Goodman's departure.

The back cover of 'Inside Out' tells the story of a band that just couldn't stay down, one whose music was crying to get out and led to a metamorphosis of the group with the unknown Mike Zydowsky taking Goodman's place on violin and Mercury replacing Columbia as the bankroll behind the outfit. That's the story as the band told it anyway; the music on this third and final studio effort tells a slightly different story. There are minor flashes of the grand and progressive sound, particularly on the instrumental "Metamorphosis" that features plenty of bent and wandering violin work along with tempo shifts and driving percussion, albeit in a decidedly more rocking vein than their brass- driven earlier work. But that song seems to be the best they could muster on what is otherwise a fairly brief effort consisting of three pedestrian and indistinctive rockers in "Music for our Friends", "Hang On" and "Back to You", along with another violin-dominated number ("My O.K. Today") that tries too hard to be a sort of resurrection anthem for a group that has clearly lost its magic.

The album closes with "Straight Home", a wandering, mostly instrumental tune that displays the talents of the other new member, keyboardist James Hirsen. In fact, Hirsen's presence is felt much more on this record than any of the brass section or violin sounds that so defined the band's sound in their earlier lineup. The abrupt and unimaginative ending ("Music for our Friends" also faded out like a studio track that ran out of tape), showed that the band had little left in the tank as far as creative energy.