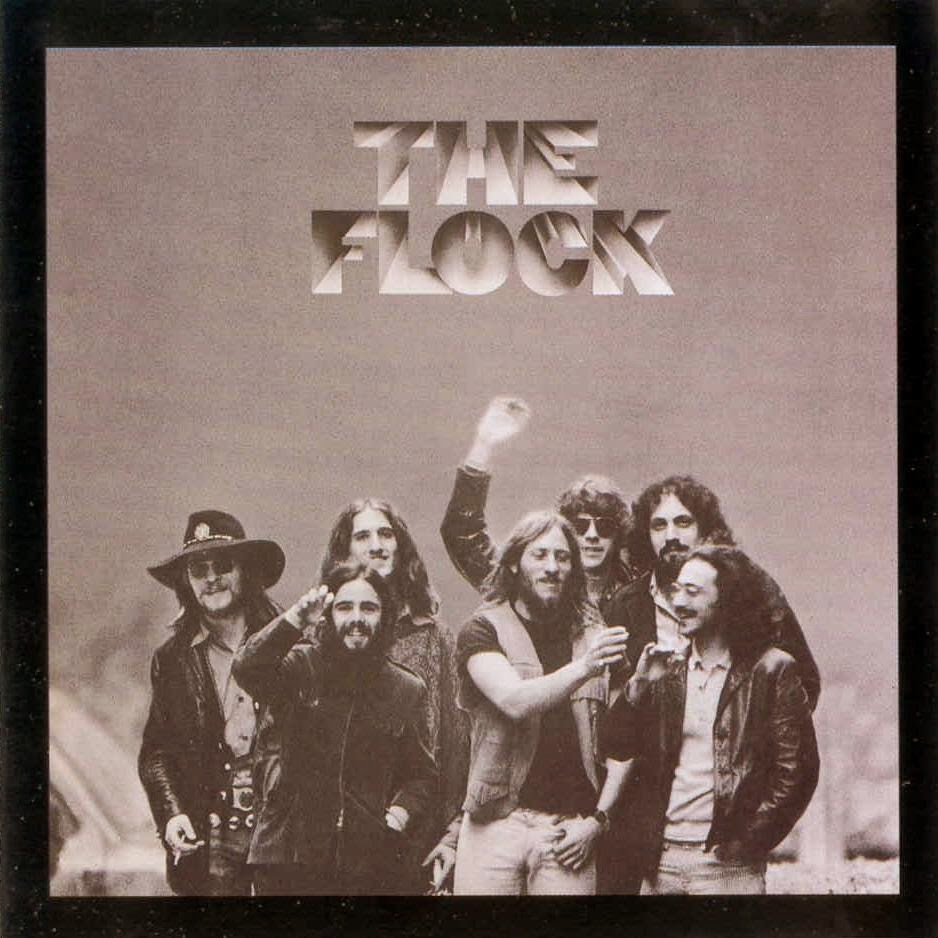 
This is a classic album featuring violin master Jerry Goodman whom later joined Mahavishnu Orchestra. I also owned his solo album "Ariel" that sounded differently than The Flock. One thing that triggered me to purchased this album was the use of violin, especially in progressive rock. This album may favor those who like or can appreciate fusion music and may NOT favor those who like progressive metal or even symphonic progressive. The music of The FLOCK reminds me to bands like CHAZE, CHICAGO TRANSIT AUTHORITY (before it later became CHICAGO only) or BLOOD, SWEAT and TEARS. They are not closely alike but they same to be in the same family, I think. So, if you only love Genesis like or Dream Theater like, forget about this CD - it will be a waste for you. But, if you like brass rock or fusion or bands like I mentioned above, yeah man . this one is for you!

The album kicks off with "Introduction" (4:50) that basically introduces you to the sort of music they play - well, not really because it contains an exploration of violin solo and guitar fills in quiet passage. It flows to "Clown" (7:42) in exactly the same vein like CHAZE - the band whom all the members died tragically in a plane crash - or CHICAGO TRANSIT AUTHORITY. Oh man, this track is so powerful in compositions: solid bass lines, excellent improvisations, great solos and good melody that projects an image of classic rock tunes. The third track "I Am the Tall Tree "(5:37) continues with a mellow style vocal and guitar / violin at opening part and it flows with some influence of blues and jazz music. It reminds me to the music of BLOOD, SWEAT and TEARS.

"Tired of Waiting" (4:35) gives an opportunity for violin to do long solo during opening part. It flows to classic rock style with great violin and guitar solo. The fifth track "Store Bought - Store Thought" (7:00) is one of my favorite as it has stunning guitar solo - relatively long - during opening part accompanied with excellent brass section and seventies singing style.

"Truth" (15:25) concludes the album with some blues touch - nice one - that reminds us to blues-based rock bands like BLIND FAITH, CUBY + THE BLIZZARD, LIVIN' BLUES, KEEF HARTLEY band PLUS great violin and brass section. I love the singing style as well as the combination between violin, guitar solo and brass section that make up this excellent composition. The exploration of trumpet and tenor saxophone in the middle of this track is truly excellent.

Recommended! (for those who like Chaze, Chicago Transit Authority, BS&T and sort of jazz/blues music. For those who like only music like Dream Theater or only Genesis, forget this album!). After all ..keep on proggin'!!!!