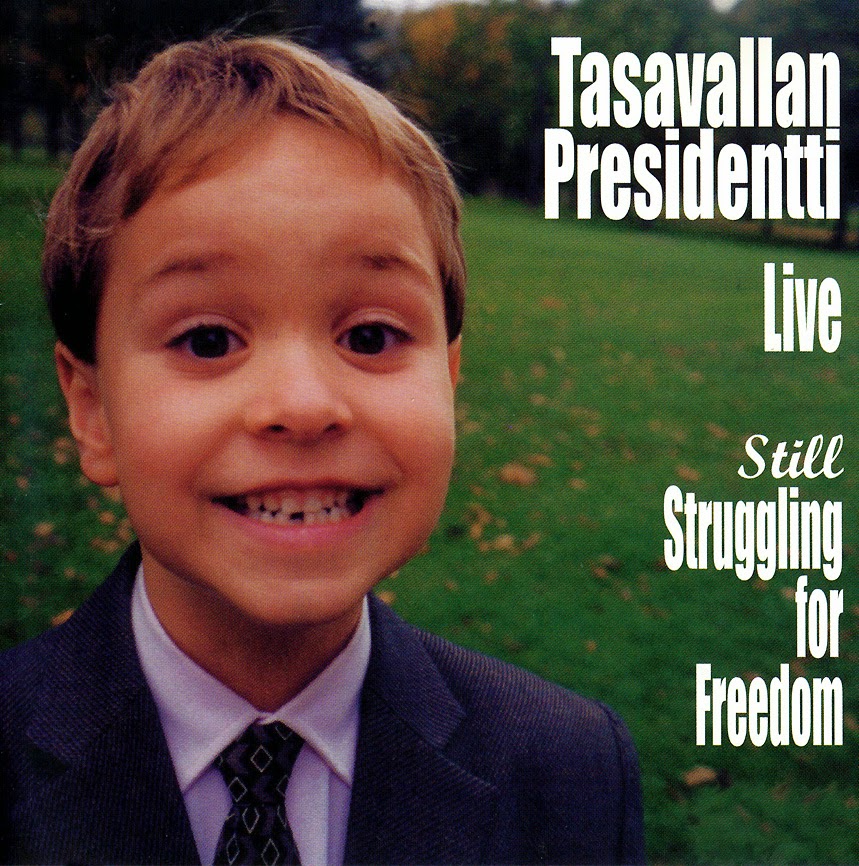 
TASAVALLAN PRESIDENTTI were one of legendary Finnish prog bands from early 70-s (disbanded in 1974 after few quite interesting albums). This album is not material from vaults, but newly recorded live one.

Band just recorded some material during concert ( 37 years after they were disbanded for the first time). It was interesting for me just to hear what their music is now.

To be honest, this album is mixed bag. Bad generally play jazz-rock with strong influence of Canterbury sound, some light psychedelic and spacey sounds. You can easy feel their blues- rock roots as well. No keyboards or other electronic devices/effects! Excellent guitar, very interesting flute ( often reminds Ian Anderson's techniques). Some nice sax as well. So - good music? Everything is not so simple.

First of all, their sound is quite authentic, but on the level of ... early 70-s. I believe their fans from old days will be happy to hear them again ,just as great nostalgia. But for today's music scene they sound more as dinosaurs. And then - vocals.... Album's opener sounds as Frank Sinatra's fame tribute. Later things go a bit better, but almost everywhere instrumental pieces are much more attractive.

In all, memories album for old fans or collectors. Hardly will attract even a single newcomer.