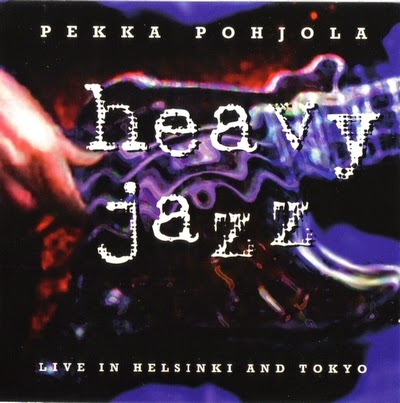 
Pekka Pohjola possibly was one of most skilled Nordic bassist at 70-s, when he played with Finnish leading jazz-rock band Wigwam. Later he collaborated on Mike Oldfield albums and released all the line of solo jazz-rock albums.

This second and his last live (double) album contains recordings from his solo concerts in Helsinki and Japan in 1994. Quite long double set sounds fresh and not boring at all - Pekka plays mid tempo very melodic instrumentals with help of keyboard player,drummer and especially guitarist Markku Kanerva. Music there is slightly influenced by Mike Oldfield from early 80-s melodic instrumental rock jazz, not complex,but more soulful, atmospheric and ... beautiful. Not so mellow or cheesy as in many Oldfield's works, compositions there have trend to jazz more than pop. Guitarist plays excellent, sometimes jazzy, sometimes - almost shredding, but all album's long atmosphere is light as clear Nordic air.

Possibly, not the best release for fans of complex jazz rock, but really great one for those with love to less commercial Oldfield instrumental releases.