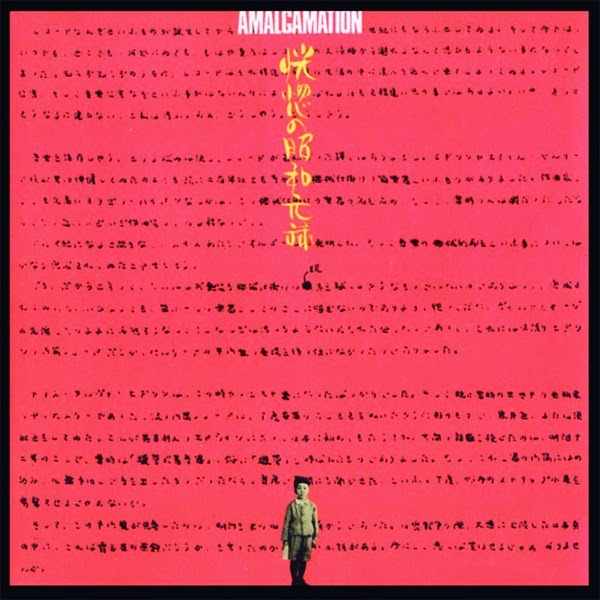 A renowned Japanese jazz pianist Masahiko SATOH was born in Tokyo on October 6th, 1941. After graduating in economics of Keio University, Masahiko had studied composition and arrangement in Berklee College of Music from 1966 to 1968. In the following year he released his debut album 'Palladium' (1969), that won The Prize of Japanese Jazz sponsored by Swing Journal Magazine, and pushed him onto the stardom in Japanese Jazz scene.

Through the music production of Expo '70 Local Government Pavilion, Masahiko formed a momentary project THE SOUNDBREAKERS and released one and only album 'Amalgamation (Kokotsu No Showa Genroku)' in 1971 - with much collaboration from lots of gifted musicians - e.g. Kimio MIZUTANI (guitar), Hiro YANAGIDA (organ), or Masaoki TERAKAWA (bass) - featuring precious recorded voices by Shigenobu OKUMA or Adolf HITLER.

In the same year, Masahiko and Stomu YAMASH'TA, as members of Yamash'ta & The Horizon, played a gig named 'Sunrise From The West' in Yamaha Hall (Tokyo) on April 18th, 1971 ... this was later released as a live album. Another important event for him was to get Geijutsusai Yushu Prize by the album 'Yamataifu' (1972) by Toshiyuki MIYAMA & His New Herd - Masahiko participated also in this project.

Masahiko has collaborated with lots of artists, actors / actresses, producers in creating lots of songs, suites, dramas, TV jingles, established a independent label BAJ Records, via which some experimental albums have been released, and opened his seminar for learning approaches to free improvisation music - Masahiko's been an artist of great vitality.

One of the most tripped-out albums you'll ever hear from Japanese keyboardist Masahiko Satoh, and that's saying a lot, considering some of his other avant sessions of the '70s! This one's from 1971 and a really free-form jam -- recorded so that each of the two long tunes takes up a side of the record apiece -- one with really full-on, frenzied noise courtesy of some ring modulators played by Satoh, undercut with some really heavy drums from Louis Hayes, a surprising entry for a session like this! Side two has a sound that's a bit more organic -- some spare percussion at first -- but the record then moves into noisier territory too, and even features some cool, scatting female vocals. Highly recommended!

Masahiko Satoh isn't well-known (or just forgotten?) to avant-jazz fans,and it's a shame! After his graduation in Berklee School of Music from 1966 to 1968,he returned to Japan and became one of most active experimentalist on Japanese avant/jazz scene.

Only during 1969-1971 he recorded 21 (!) album as solo artist or project leader. His The Soundbreakers are one-shot project,but what a great release it is! Album contains just two compositions,quite different between each other.

Side A is excellent (really excellent!) collage of psychedelic jazz rock, kraut, neo-classical avant-garde,waltz and movies soundtracks all in one. But there is no chaos at all, all components are absolutely organically added to quite relaxed and groovy psychedelic jazz rock basis. All 15 minutes of the music of this composition run fast and the listener feels as he's watching extremely interesting action movie! Musicianship and composition are both of highest class,and as for year 1971 it sounds as one of real cornerstone of Japanese avant! Fantastic bass-line presented besides of Masahiko's keyboards - I really love that sound!

Side B is longer and contains different music - it's mostly a free-jazz this time. Psychedelic and very experimental for its time, this composition possibly doesn't sound so catchy as first one, but is a great illustration of a bit different side of Soundbreakers project's music.

In all,this album is a real gem and must have addition for any serious fan of Japanese avant prog (as well extremely interesting release for everyone interested in experimental psychedelic jazz fusion of early 70-s). Highly recommended!