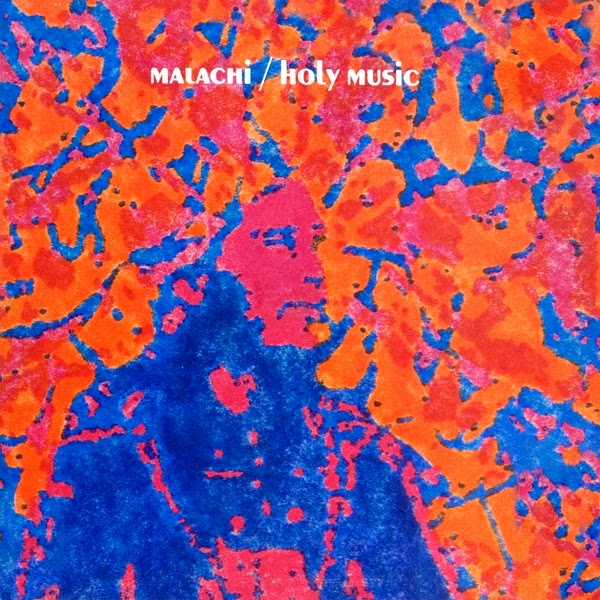 Recorded in San Francisco in August 1966, this collection of lengthy, acid-tinged folk instrumentals is one of the earliest psychedelic albums ever recorded, and makes its CD debut here. As the original sleevenotes state: “Malachi’s music transcends the traditions of East and West, and represents the new synthesis which is still being worked out in aesthetics, philosophy and religion by those participating in the psychedelic revolution.”

The mysterious Malachi was in fact John Morgan Newbern, a pioneer of so-called ‘new age’ music. Born to parents of Swiss and French ancestry in Baltimore, Maryland on November 28th 1944, he was expected to pursue a military career. However, a 1955 visit to Mexico (and especially Kukulkan’s Pyramid in Chichen Itza, Yucatan) radically altered his life’s path, despite parental disapproval. Determined to search for meaning in his life, Newbern embraced his generation’s burgeoning interest in Eastern spirituality. and recorded this album on Wednesday, August 17th 1966 (with help from future Red Krayola member Steve Cunningham on Jew’s harp), making it one of the very earliest psychedelically-themed albums ever taped. Verve had predictable difficulty categorising it, as it combined elements from several ancient world musical styles, but it sold respectably. Newbern played many gigs as Malachi in the late 1960s, especially for the legendary promote Chet Helms in and around San Francisco. The label, however, did not invite him to record a second album, leaving Holy Music his sole contemporary release. A practising Tibetan Buddhist, Newbern continues to make music to this day, both improvised and rehearsed, as well as writing on meditation and related subjects and building guitars.

“Malachi’s music transcends the traditions of East and West and represents the new synthesis which is still being worked out in aesthetics, philosophy and religion by those participating in the psychedelic revolution. Influences, to be sure, are there – thus music of India and of the American Indian – but most of all it is the music of the human spirit, of a universal nature evoking meditative explorations through all our senses. It is psychedelic music in the most honest sense, as is a Ute sun dance, a raga or Gaelic keening. Within ourselves, below the musical innovations of the last thousand years of European history, we hear a different drummer – and Malachi enables us to touch again that deeper self. He is not imitating, nor only combining different cultural patterns, but is discovering, as are many of this newly-awakened generation, those feelings, visions and sounds which have lain dormant under the conditioned ‘reality’ of Western civilisation. To listen to Malachi is to feel one’s oneness with Man.” – Michael Harner, Visiting Associate Professor of Anthropology, Columbia University, NYC

“Malachi approaches music in spirit of consciousness – meditation: altar, flowers, herbs, incense, silence, communion with selves, hush and darkness and improvisation. He listens quietly to himself and then plays what he can of what he hears. I guess he’s a white Indian, a new archetype among American new Persons. Poe would have enjoyed his presence.” – Allan Ginsberg

The theory, knowledge concerning musical instruments, and the performance method will have to be learnt as a methodology for the player and the musician to express the culture and the music character.
Especially, the element that Europe and America had absorbed in the flow that absorbed classic music that stuck to the culture and regionalities such as Africa and India and the element might have had the part where the execution had been remarkably shown as music indeed rapidly.

These flows that had derived in the latter half of the especially 60's might also have included the flow to which the width of directionality was expanded by the part of the fashion and the expression with musical instruments depending on the musician. However, the difficult part might be likely to stand out when an avant-garde part, thought, and the philosophy are taken and it projects to the work. The forward, thought, and the philosophy might be remarkably projected to the work and the sense, knowledge, and the flexibility very sharpened be necessary for the expressed part.

Malachi that migrated to San Francisco at the time of the 1960's establishes the name as a guitar player. John Morgan Newbern that used the name of "Malachi" as an alias devoted oneself researching the classics music that existed in music that belonged to the culture of the Orient and India. It is thought that the flow formed an original music character with the research of the religion and the philosophy of various places without staying in music.

It is a possibility for playing the guitar though it is a guitar player. Or, it is partial in which it expresses it for the possibilities of musical instruments that oneself uses. Construction of sound in which impression that exists in place transcended because music character that flows to this album exceeds frame of music is given. It might be all poured into "Holy Music" that Malachi created.

The sounds of various musical instruments appear in this session besides the guitar. The constructed Music character will not end only by the part of a simple experiment and the forward in the album. The culture, the philosophy, and thought are exactly reflected by creating this music. And, complete space might exist. It is likely to exist exactly as nonfiction and a document.

The point that should make a special mention is existence of Steve Cunningham in this album as the appointment of the participating musician. "The Red Crayola" has been formed as a band including Steve Cunninghum in Texas at the same time when this album was announced. Details of this exchange are not certain. However, the element of psychedelic and avant-garde's flow might have the connection very much as an important factor at this time. This album might be able to be caught as shape to have promoted the flow further.

Steve Cunningham uses Jaw 's Harp in this album. And, the usage of the guitar that Malachi plays demonstrates the independent thought and the method without reserve. It is on Wednesday, August 17, 1966 that this session was done. It is shown to have been done on Wednesday in the title of the tune. The tune along the theme of this album might be extracted and be collected from among the session that seemed to have been done about ten times or more as a guess it. The form of one music that exceeds all frames is exactly expressed by this album. It is holy music that they did.

"Wednesday-Second" is a part of the construction of a quiet sound that appears intermittently. Flow of heavy atmosphere that is invited to sound of Jaw 's Harp and appears. Melody of guitar that gives impression of uneasiness. Flow that part and metallic sound of Jaw 's Harp are constructed. As for the construction of the sound that develops one after another, thought might be indeed reflected. The melody of the guitar that makes the melody of fine quality flows gently in the space.

"Wednesday-Sixth" will have the start that draws the flow of "Second". The sound of the guitar that gives a solemn impression is opened and flows in the space. Jaw 's Harp twines well for the flow. The flow constructing it while following a classic melody of India might have the original world. The processing of a heavy sound and the space intermittently made exceeds the frame of the session. It will be able to be said that holy music to exclude the sound of the extra and to create by a minimum method is one realizing.

The part of the sound and the decoration that emphasizes the high pitched sound part appears strongly in "Wednesday-Fourth". Sound of Jaw 's Harp that reacts to repeated single sound. It is likely to be able to listen to the flow that changes shape according to various sounds to the construction of the sound consistently. However, one space made by repeating dismantlement and restructuring makes it absorb all concepts and project. This tune is complete the processing of the space.

"Wednesday-Fifth" starts by an expression of feelings melody in close relation to the sound that Jaw 's Harp repeats. The flow expressed at following a classic sound of Indian music and a constant speed gives the gaga impression. It is likely to consist as projection of an impression that feelings are expressed with musical instruments and complete thought.

As for "Wednesday-Eighth", the religion, the philosophy, and the thought that Malachi completely learnt are reflected. The song in close relation to an enchantment melody with the guitar might be one realizing. Construction of sound in which it works with angle besides technical respect. Or, the sound in which the world where all genres were transcended as a theme of this album is constructed has the overwhelming might.

It will not be an exaggeration in exactly simple music alone to say the session done as a part where it doesn't stay. It might be a work that exists in the place where the frame that had to be called music as an expression of one in which all thought is reflected was exceeded.