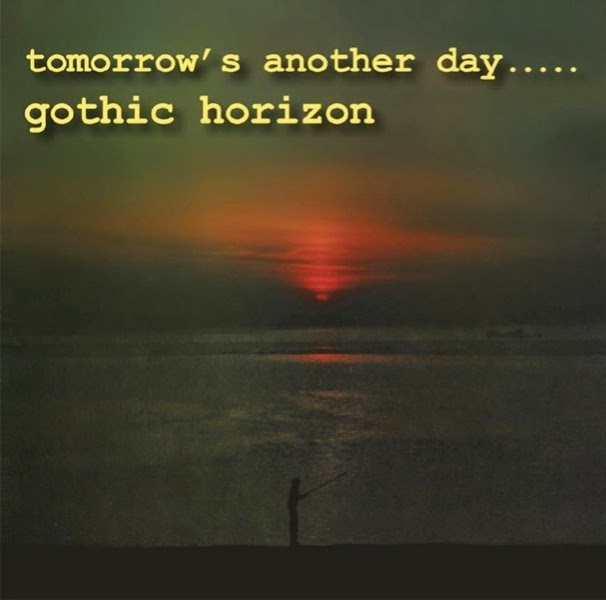 Gothic Horizon made two albums: 'The Jason Lodge Poetry Book' (Argo ZFB 26) 1970, which also gained an American release: ([USA:] London PS592) 1971; and 'Tomorrow Is Another day' (Argo ZDA 150) 1972. Their music is not gloomy, brooding, damp, ghoulish, dark, threatening, creepy, bloody, horrifying or any of the other adjectives which spring to mind when one thinks of "Gothic". Instead it is warm, chatty, light, breezy, informal, witty. The albums are sometimes hyped as "psych-pop" (the former especially on account of its convoluted title and colourful pop-art cover) or even "acid-folk", but essentially they are neither of these things; they tends mostly towards folk and acousticism. However there are some tracks here to delight the psychedelically-inclined. The title track of the first album, 'The Jason Lodge Poetry Book', is great. Complex pop of sufficient quality to delight the pop-syke faithful. 'Song For Susan' is so close in sound and style to Fairfield Parlour that it just about escapes charges of plagiarism. 'A J Lone's Dog' is ragtime pop; and unsurprisingly with a title like 'Willow Tree Vale Song' this song is folk. But 'A Third For Jason Lodge' is very weird. Bizarre changes and references to flying, mushrooms and toadstools!

Originally issued in the UK only in 1972, the second and final album by this British folk-pop duo finally returns to CD here. It has been compared to the work of Honeybus, Badfinger (whose Pete Ham puts in a guest appearance) and The Kinks (whose John Gosling also appears on it), as well as folkier bands like Magna Carta and Tir na Nog, and stands up well as a beautiful collection of pastoral songs with glorious vocal harmonies and intricate instrumentation.

‘They tend mostly towards folk and acousticism. However, there are some tracks here to delight the psychedelically-inclined’ – Sweet Floral Albion