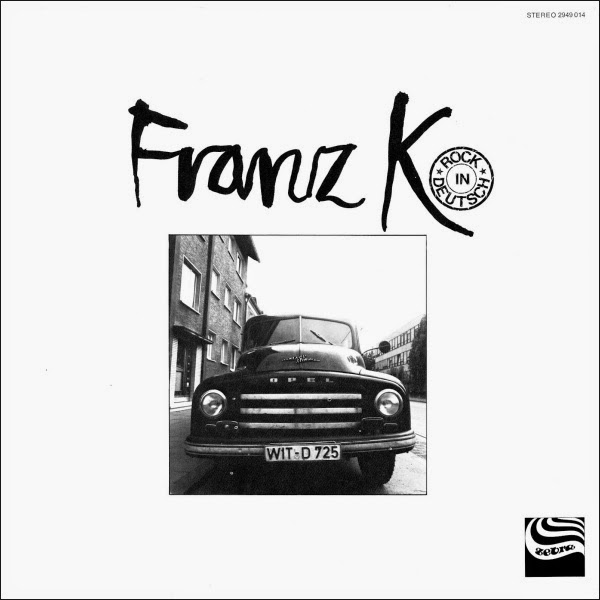 
Another great german rarity from their super PYSCH era..... absolutely great..The legendary hearse album on CD with bonus track!
"We make rock music with German lyrics." With these words the trio of FRANZ K.( Mick Hannas (guitar), Peter Josefus (bass, vocals) and Stefan Josefus (drums) ) brought it to the point and earned a loyal fan base in Germany. On the road since 1969 the power trio made evey concert into a happening. "We want to ensure that you listen to us, thinking about our lyrics and maybe do something." These were the Seventies!

Following to the debut album "Senseman", "Rock in Deutsch" (Rock in German) was published in 1973 by Zebra. With the hearse, which adorns the front cover of the album, Franz K. was constantly on the road in the Germany. Similar to its British counterpart, the Edgar Broughton Band, social criticism was packed in German texts. The band shot agains militarism, consumer greed, injustice in the workplace and met precisely the taste of students and apprentices then. Today you have to smile quietly over the choice of words, then the band was so far forward and was one of the most popular live bands.