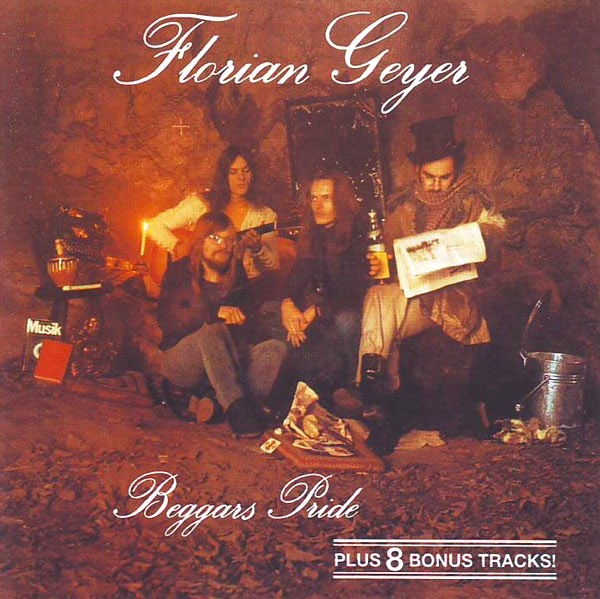 German act FLORIAN GEYER, named after a knight who lived in the time of Martin Luther, was formed in Rheinland in 1971 by Jürgen Glüge (drums), K. Dieter Stieg (bass, vocals) and Manfred Wolf (vocals, guitar).

It took the band five years to produce their one and only album, "Beggar's Pride", a curious collection of glam-inspired songs heavily spiced with psychedelic musical elements.

The band recorded some material for a sophomore effort planned to be issued in 1980, but for some reason or other this project was shelved. In 1982 they changed their name to Hurrican, and isued one single under that name before dissolving.

The original album is power-trio driven garage/psych-hard rock, mostly of excellent quality. Included in this reissue are 8 bonus tracks - 2 recorded before the LP, which are both good, and 6 recorded later in the 80's. All but one of these are imminently forgettable. As usual for G.O.D. releases, includes Germ/Eng. booklet. Recommended