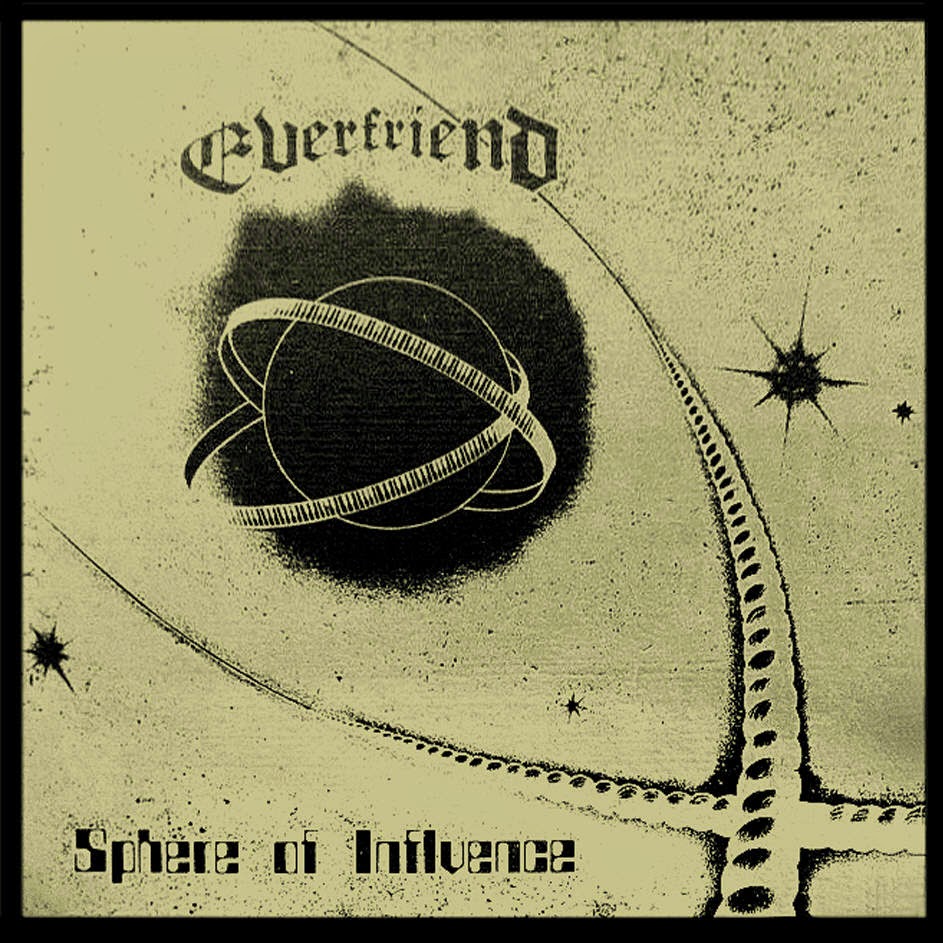 By 1981, symphonic prog was all but dead. The big acts had started to dabble in pop rock and enjoyed the success, the lesser acts were trying to keep up the tradition but almost always failed miserably, and critics and fans had turned all of their attention to punk, new wave, and essentially anything other than progressive rock. Yet, a few rogue obscure bands still were determined to produce a quality piece of symphonic prog. While the early 80s did produce a few very rare gems of progressive rock mastery such as Bacamarte's Depois de Fim or Asia Minor's Between Flesh and Divine, I can safely say that Everfriend's debut and sole album Sphere of Influence was not one of those gems.

To get a feeling of what Everfriend, an obscure a little-known American prog band, sounds like, take Emerson Lake and Palmer's sound and do absolutely nothing to it, because Everfriend is, essentially, an ELP clone. While the album contains sprinklings of more jazz than Keith Emerson allowed in his own compositions and more 80s synths and other more "modern" twists, Everfriend bathes in the keyboard-led, baroque inspired, progressive rock tradition championed by Emerson Lake and Palmer. However, unlike ELP, Everfriend fails at capturing the organic and "original" sound that ELP was able to capture in their first few albums. While the fact that Everfriend's songs have more cheddar in them than a 2nd grader's view of the moon is discerning, it's the complete and utter lack of creativity that was put into the album that really gets me. While in this paragraph alone I think I've said it enough, this entire album sounds like it is straight from an ELP practice session - it's just that these are the songs that ELP wouldn't have even put on their albums. The pseudo-jazz piano/organ/synth passages led by Palmer-esque drum beats after Palmer-esque drum beats is suffocating to say the least, and the eight relatively short pieces have little to no flow or natural rhythm other than a pithy mixture of symphonic nonsense and forced progressive rock themes. The album is mostly instrumental, and this is a plus, as the sparse vocals aren't the best you can get - that is, the singer isn't good at all.

Overall, Everfriend's Sphere of Influence wasn't good. While the playing and production of the album was fine and the three guys had all the right intentions, the execution of their dried out uncreative songs was not the best the progressive world has to offer. It's no surprise this band dropped off the face of the earth after the release of this album, as there's really no music that could have possibly met wide appeal that would have prompted the band to go further with their efforts. Overall, the album may have one or two redeeming qualities, but this album is only for die-hard ELP fans desperate for more of the same or symphonic prog completionists who need every album they can find.