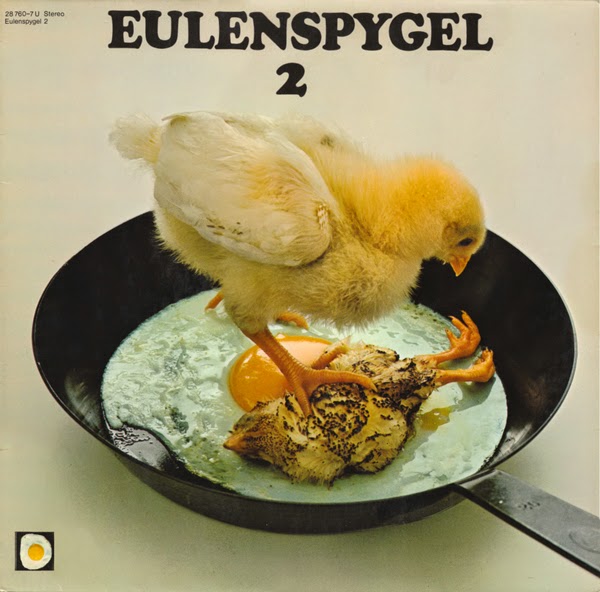 
The ROYAL SERVANTS, forerunners of EULENSPYGEL, were formed in 1965 in Swabia/Germany. Starting up with beat music, they gradually turned to Blues Rock, finally Progressive Psychedelic and released one album named "We". In early 1971, they were one of the first bands to write their songs in German. So they changed their name into EULENSPYGEL the same year and the first new release was named "2", recorded at the Maschen studio near Hamburg. The front cover caused a scandal because of a burnt chicken and was later substituted. This album documents the awakening of the german rock music on the way to its own identity.

From 1975 on and after several lineup changes and unsuccessful attempts to find another record company, the group was a quartet with only one remaining original member Detlev Nottrodt. After years of not much activity their eponymous third album was recorded and released in 1979 with 10 songs, later also offered on two compact discs with several additional tracks. This was followed by "Laut & Deutlich" 4 years later. The last two records changed to mainstream conventional mellow rock with less creativity and none of their radical political lyrics. EULENSPYGEL disbanded for good in late 1983.

Here is an absolutely killer 70's German underground recording you must hear...wow how come this album is so darn hard to hunt down? Eulenspygel were a wild bunch of music freaks who recorded a fantastic couple of albums with their second in review here. Eulenspygel carried that certain underground German 70's vibe with homemade organ grinds, heavy bass and guitar overlays with heavier vocals, but wow is this album superb. With careful mix of jazz, fusion, prog and rock this album were pretty cleverly arranged and mixed with great imagination, color and tempo shifts. All vocals are sung in German and are done so with great conviction and I understand they are singing about anti-war themes. Fans of Krautrock will need to have this album in their collection..