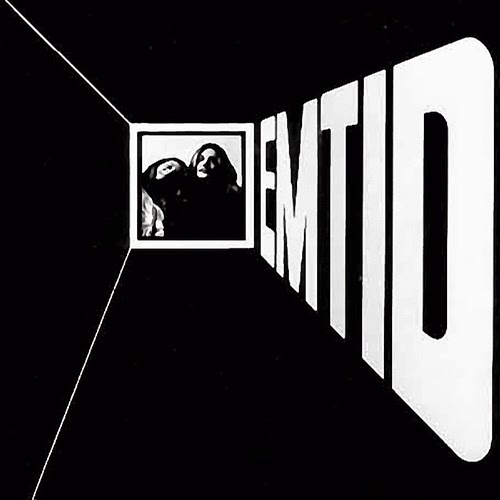 The music on this album resembles mostly American hippie folk music which was popular at the 1960's. The more famous icons of this genre like Peter, Paul & Mary have probably been influences for these performers, but this stuff is slighly more amateurish when compared to the material of more professionally produced recordings of their innovators. However, sometimes rawness can be an interesting characteristics also. "Emtidi" is still an enjoyable album for a folk fan, but this record doesn't have very progressive music elements (experimentalism, innovations, emphasized spiritual insight) in it in. The simple compositions have some good melodies, but there are also some weak moments included, so I do not consider this the most classy "guitar and singer" material I have managed to hear yet on my path of musical exploration. Also most of the psychedelic elements here are only related to the non-musical aspects of folk scene, like themes in the lyrics etc. The first five songs (maybe the A-side of the LP?) are less innovative as the rest of the tracks, which have hits of Indian-style music with raga influences, as for examples "Let The Joint Go 'round" and the longer instrumental number at the end of the record titled "Flutepiece". "Birds on a graveyard" is a very good instrumental tune, worth of mentioning too. I wonder if the first songs are their early material, or have the first side have been wished to be more accessible? As for a German act, they sing and pronounce English quite well. The recording quality isn't exceptional, and there is lots of analog hiss audible on the background. Their following album sounded much more innovative, but the fans of psyhcedelic folk and German underground scene might want to check this out.