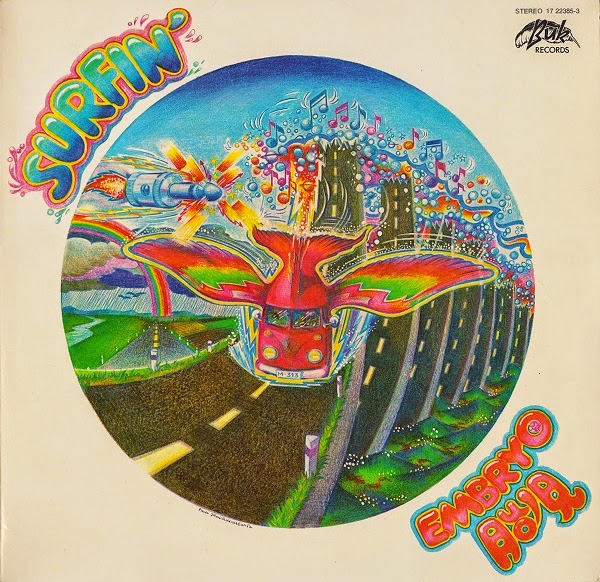 
Two years after their masterpiece "We Keep On", "Surfin" is Embryo's second release for BASF. It's a much more accessible album, focusing on songwriting and funky grooves rather then the experimental jams of old. Still, it can hardly be called commercial, and due to the lack of success, BASF would soon drop them after this release.

The album isn't as remarkable as the preceding releases but still it deserves more love then what it garnered here so far. Actually, I can think of only one negative point about this album, Embryo was quite late to jump on the funk-fusion bandwagon and in doing so, the band gave up some of their originality and uniqueness. But the world fusion element is still strongly integrated in the sound and they remained recognizably German. Above all, it's still a very fine album, not dissimilar to concurrent releases from Can, Passport and Kraan. Especially Kraan's album "Let It Out" from the same year comes to mind, as it also sounds slightly proto-new wave in places, which might explain some of the dislike Prog fans might feel towards it.

With the shorter pieces and more frequent use of vocals, "Surfin" brings back the fun rocking songwriting of the debut and of "Father Son and Holy Ghosts", be it in a funkier and more mainstream format. It's a different Embryo but still a very good one.