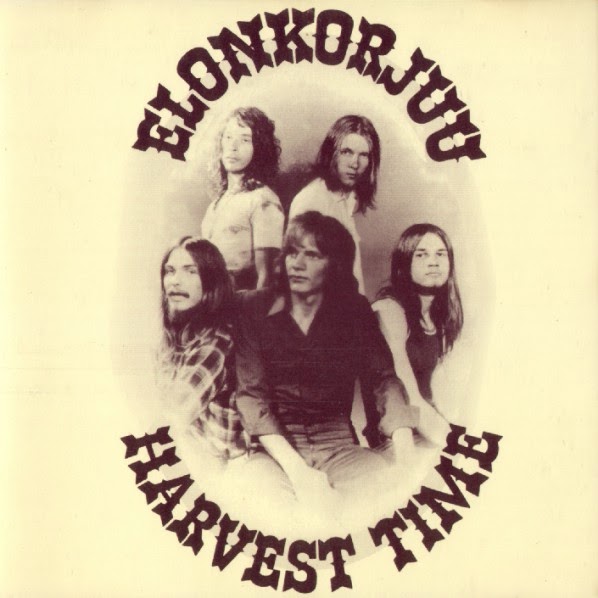 
ELONKORJUU (Finnish for 'harvest') was formed in 1969 in the south-western Finnish town of Pori by the singer and guitarist Jukka Syrenius. In the autumn of 1970 the band were awarded second place in a music contest called Rockin' Suomen Mestaruus (Finnish Championship of Rock Bands).

In the Seventies they released two albums, the first of which, "Harvest Time" (1972), is considered the most expensive Finnish collector's item, commanding a price of 500-1,000 EUR. Their second album, "Flying High, Running Fast" (1978), was released under the English name of HARVEST in the hope of breaking the band on the international market. During those years, ELONKORJUU also performed live all over the country, and were often a feature at major Finnish rock events, such as Pori Jazz and Ruisrock festivals.

Though disbanded in 1978, the band made their comeback in 2003, and the following year released a new album, "Scumbag". This saw a change in the direction of their music, being more in a rock-blues vein. Besides Syrenius, the other original members still with the band are bassist Veli-Pekka Pessi and drummer Pertti Hannus, while keyboardist Jussi Reunamäki joined them after their reformation. ELONKORJUU are still very active on the live music circuit of their native country, often performing to full houses.