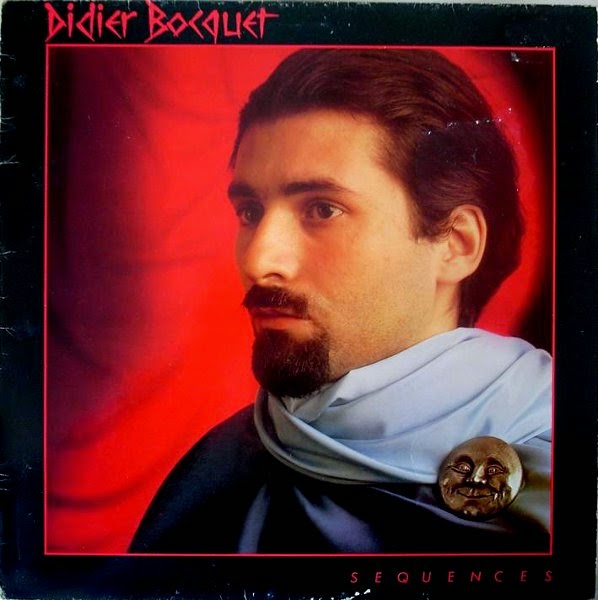 
Didier Bocquet leaves behind the cosmic dreaminess of his previous album in favor of a much more robotic and mechanical flavor on Sequences. Instead of a long voyage of eclectic synth textures that float beautifully like an aurora, this album focuses more on shorter bursts of post-industrial synth textures that sound similar to Kraftwerk albeit a bit more emotionally involved. The strongest Kraftwerk comparisons can be made in "Short Winding", which is a short but strongly mechanically driven powerhouse that features robotic vocalizations, and "Without Apparent Limits (Part 1)", a murky industrialized track that also features a short section of robotic vocalization but mainly gives off an atmosphere similar to that of Resident Evil 0 soundtrack.

Although less pleasantly (or happily) dreamy, Sequences is still plenty as eclectic as its predecessor while maintaining the industrialized atmosphere, which surprises me considering that I previously thought industrial tones to be very limited in versatility. "Garden of Shadows" is indeed a very shadowy and nearly ambient piece that continuously swells and bears down atonally over a consuming groan. In opposition to the supreme darkness of the majority of this album, "Himalayas" is a very beautiful and uplifting, almost symphonic track that really does give off the triumphant feeling of standing atop a mountain and viewing snowy hills below.

The only qualm I have about Sequences is the final track, "Without Apparent Limits (Part 2)", which seems almost randomly put together and features a very tinny keyboard that sounds very cheap, and kind of breaks down the wonderful atmosphere that each previous track has established.

All in all, Sequences is a very pleasing album and a very welcome change in sound in Bocquet's discography. If you're a fan of Berlin school and electronic industrial music of any sort, you'll most likely enjoy this album. This is the Bocquet album that I'd recommend before any others..